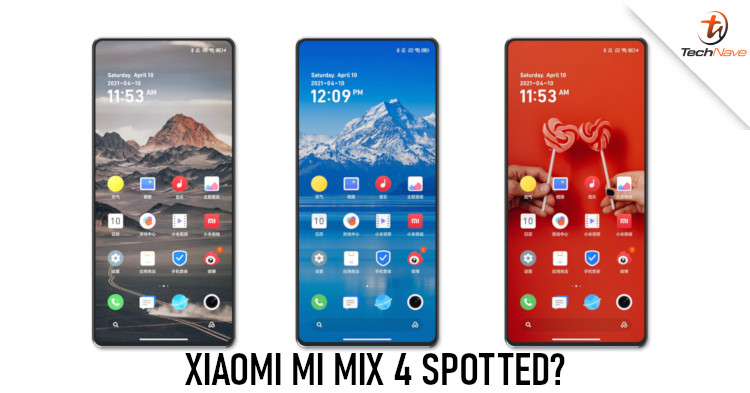 It seems that a bunch of renders regarding the Xiaomi Mi MIX 4 might have been spotted on @UniverseIce’s Twitter account, showcasing what could be the final design of the front of the device. While not much is known in regards to the Malaysia release date, it does give us a better idea of what to expect from Xiaomi in the coming months.

Based on the renders, it seems that the smartphone will come equipped with a near bezel-less display at the front. Not only that but there could be a possibility that the front-facing selfie camera might be integrated under the camera app icon as hinted by one of the replies to the tweet.

However, do take some of the information with a grain of salt, due to the fact that Xiaomi has yet to provide an official statement on the leak. Not only that, but there’s also no news on the local pricing, and exact tech specs for now.

What are your thoughts on the Xiaomi Mi MIX 4 renders? Let us know on our Facebook page and for more updates like this, stay tuned to TechNave.com.