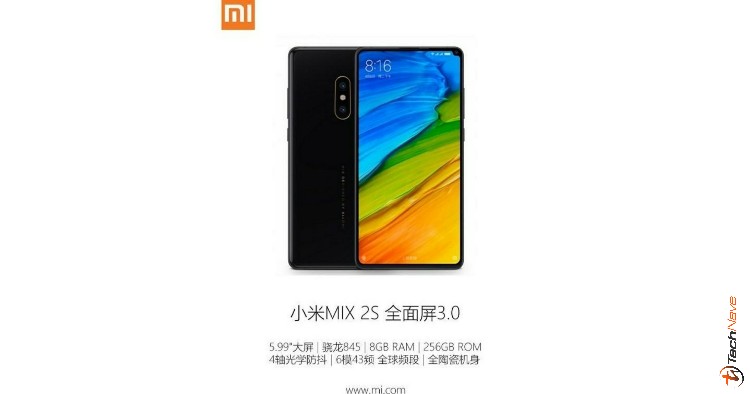 After the single major design flaw of the front camera on the concept smartphones that were the Xiaomi Mi Mix and Mi Mix 2, a new leaked poster of the Mi Mix 2s has appeared. In it, it shows a full view edge-to-edge display with a single front camera in the top right corner making it just right for selfies. Tech specs and features in the poster promise a Qualcomm Snapdragon 845 processor, ceramic body, 8GB RAM, 256GB of storage and a 5.99-inch display. Since the back is dominated by dual rear cameras and an LED flash, we assume that the fingerprint sensor is located underneath the screen but it could just as well use a face unlock as well.

Since this is such a major design change over the previous versions we'd have to recommend taking this leak with a good pinch of salt but on a personal level I think it looks just right. No Malaysian release dates or pricing details obviously but stay tuned to TechNave.com and we'll keep you updated.