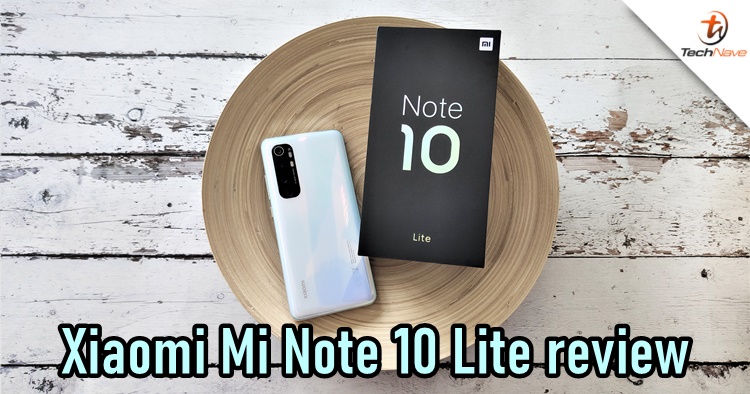 The Mi Note 10 Lite version was launched back in April right after the standard and pro variants were introduced. On paper, the tech and specs and features are commendable enough but using it was a different story and we mean that in a good way. Read on below to find out more through our Mi Note 10 Lite review!

Design - Is this really a Lite version?

Even though this device is the lite version, its design doesn't seem like a downgrade when compared to the Mi Note 10 and Mi Note 10 Pro. The device retains some of that premium look and 'feel', making it possible to mistake it for a premium device at first glance. Perhaps one of the surprising features to see on the design is that the device has a curved edge display because it's not commonly seen on a lite version. 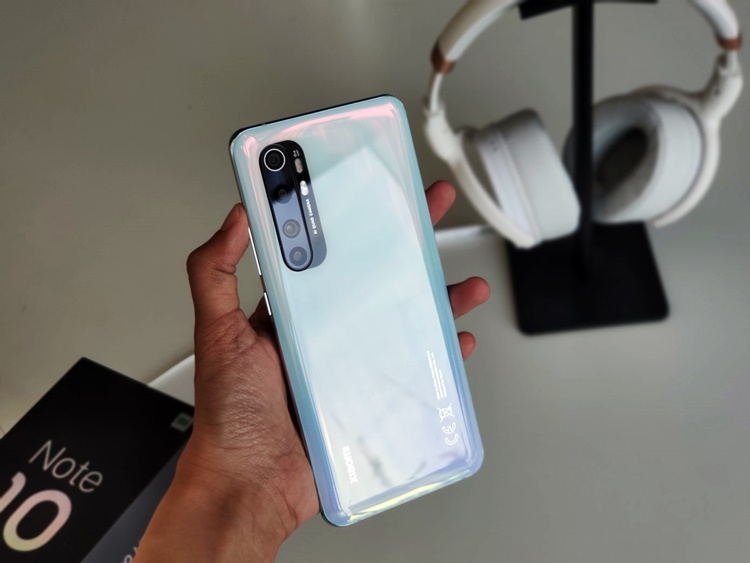 Besides Glacier White, there is also a Midnight Black and Nebula Purple version 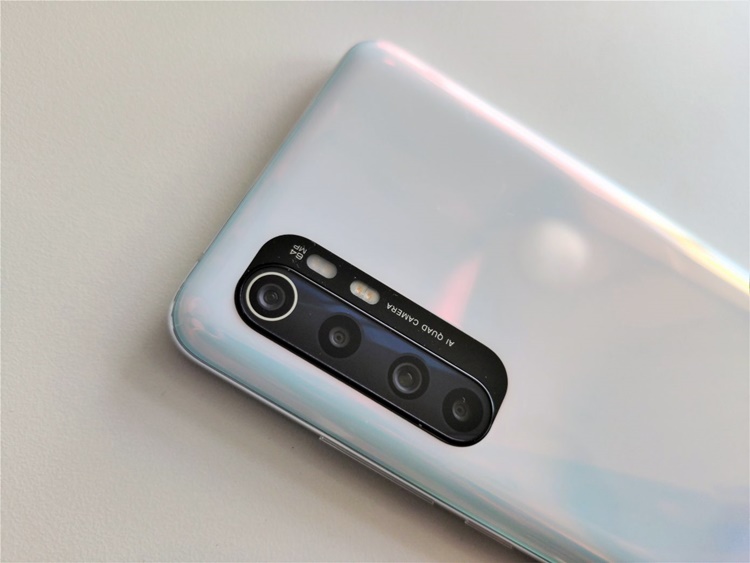 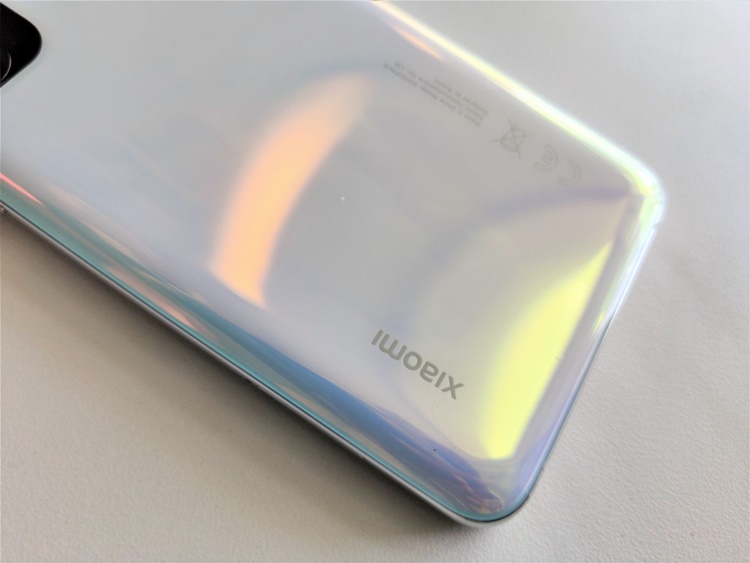 Nice curves for a lite model The notch on top 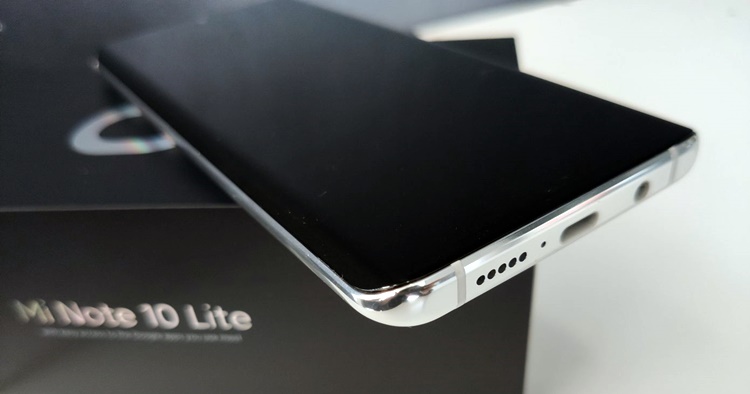 The usual speaker grill, USB-C and 3.5mm headphone jack at the bottom 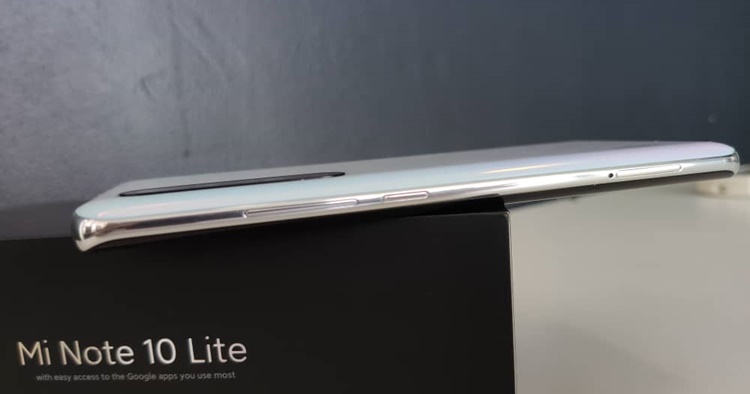 Side view of the SIM card tray, as well as the volume and power buttons

But it's not just the curved edge display alone that gives us that impression. There's also the Corning Gorilla Glass 5 used for the back panel that gives the Mi Note 10 Lite a really shiny look. As pretty as it may be, it will also attract fingerprint smudges all over the device but that can't be helped. If anything, we suggest getting the Glacier White model as the fingerprints won't be so obvious.

Tech specs and features - Only the camera setup is different

Here are the tech specs of the Xiaomi Mi Note 10 Lite:

Since the Mi Note 10 Lite's design does not differ much from the other two Mi Note 10 variants, the tech specs are also similar and the only thing they changed is the camera setup. With that, you still get access to other features such as the Snapdragon 730G chipset, the 6.47-inch AMOLED display, and the huge 5260mAh battery. Worth it! 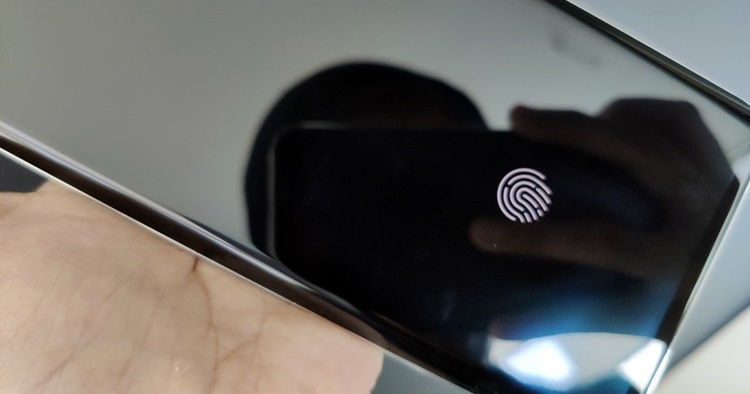 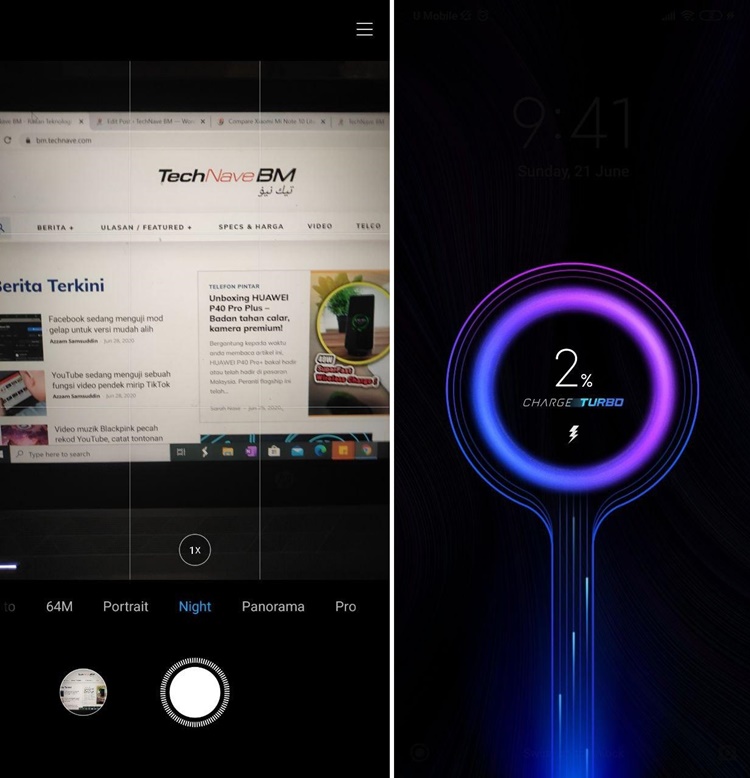 Apart from the difference of the camera module, the other feature that the Mi Note 10 Lite is missing is the active noise cancellation (ANC), which is unfortunate but at least the 3.5mm headphone jack port is still there. Also, we found ourselves exiting some apps by accident when touching the curved edge display just by a bit. If you're not careful, it can happen quite a few times so it can be quite an annoying experience.

Performance – Quite impressive for a Lite version

Coming to the performance part, we think the Mi Note 10 Lite performance is quite impressive. However, don't expect a high level of performance because this just a mid-range device after all. The scores from AnTuTu and 3DMark are 195923 and 2347 (Sling Shot Extreme - OpenGL ES 3.1) points respectively.

Despite the scores, it doesn't really bother us that much as the Mi Note 10 Lite is not designed for mobile gaming in the first place. You can still use it for social media tasks and some casual mobile gaming, the graphics settings in Call of Duty: Mobile and PUBG Mobile can even be adjusted to hit rather high framerates so that's nice. PUBG Mobile graphics setting, you can only go up to HD but at least the frame rate can be maximised

On the other hand, you can max out the graphics setting in COD: Mobile Watching videos on the phone is quite a delight too

The battery for the phone is super durable but it does depend on your phone usage. With 5260mAh, it's possible to use the Mi Note 10 Lite for almost 2 days (if you don't play games) before recharging it again. And if you were in a hurry to charge, the support for 30W quick-charging means that the phone's battery can be filled up in about 1 hour and 15 minutes.

Moving on to the camera performance, we were quite satisfied with the photo quality. Thanks to its combination of the lens (ultrawide, macro, depth), we were able to take a few good shots here and there. Besides that, the HDR function is quite commendable in most situations so we think most casual users won't have any problems. Check our sample shots below! 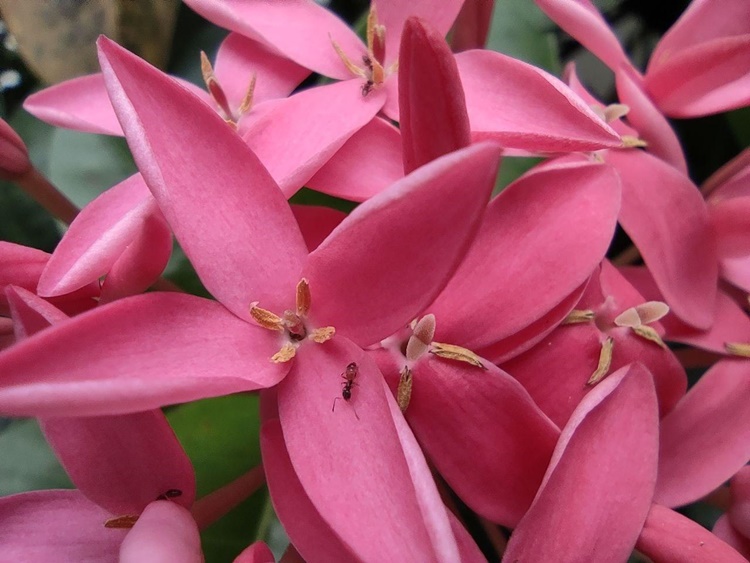 Using the macro lens, most impressive! 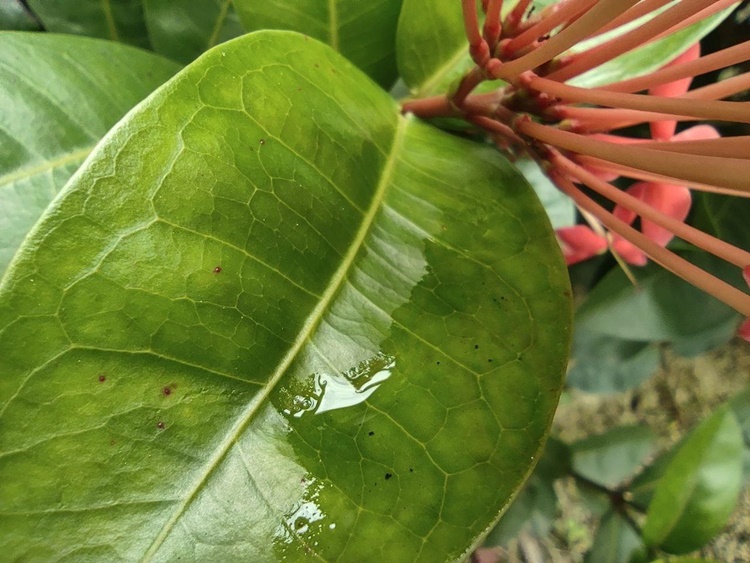 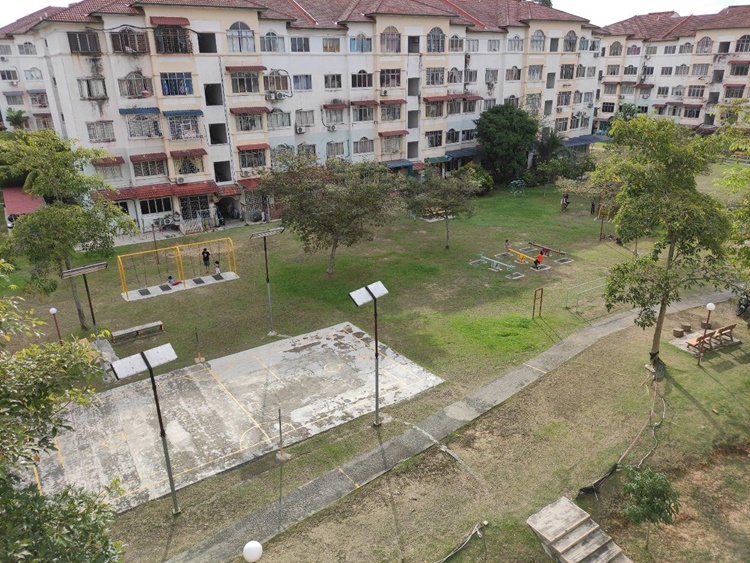 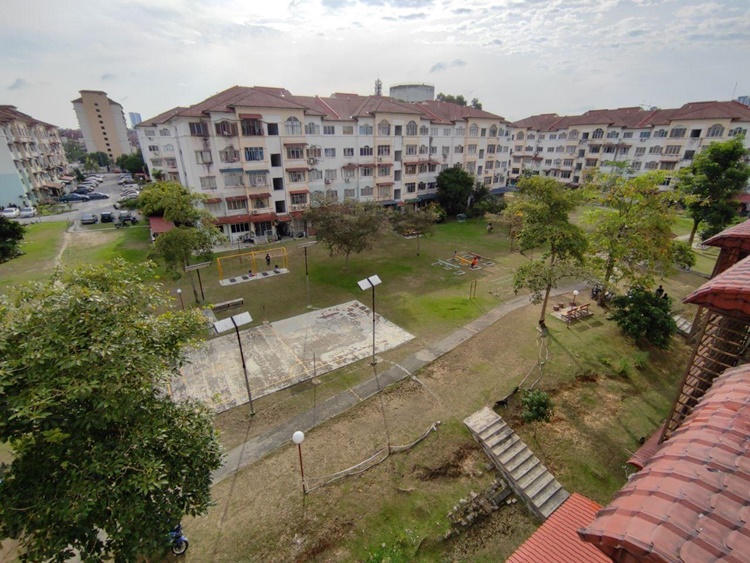 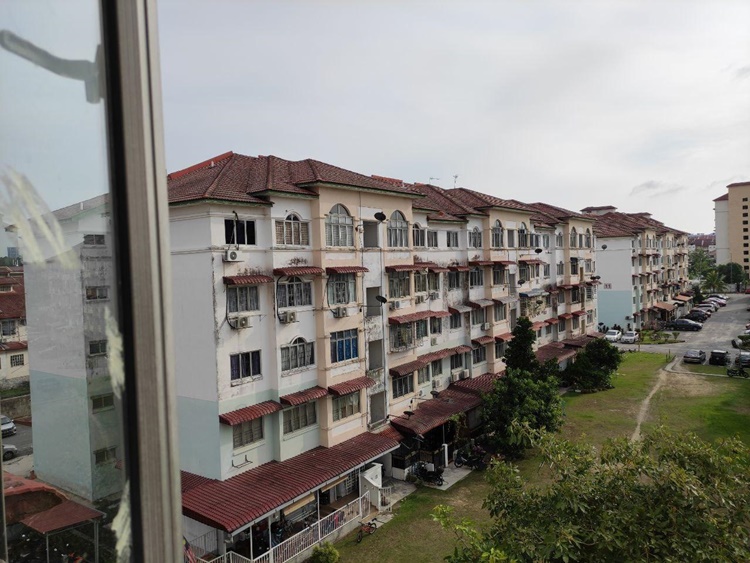 A normal photo before zooming in 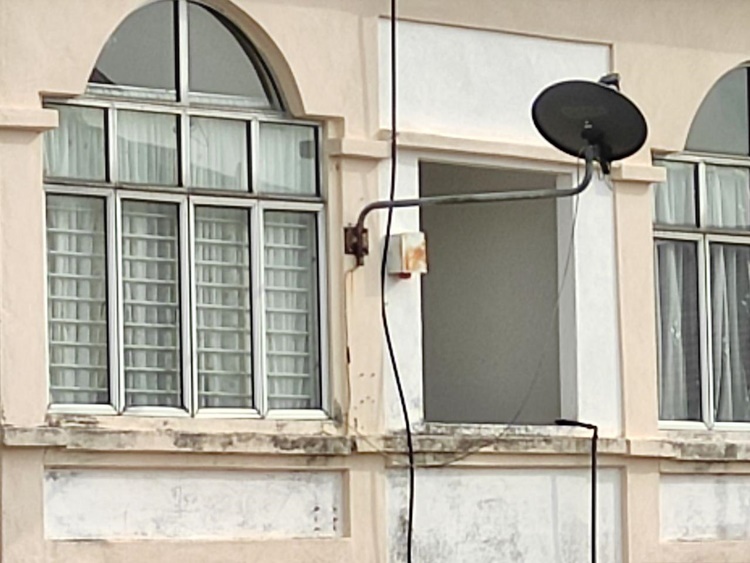 Up to 10x digital zoom 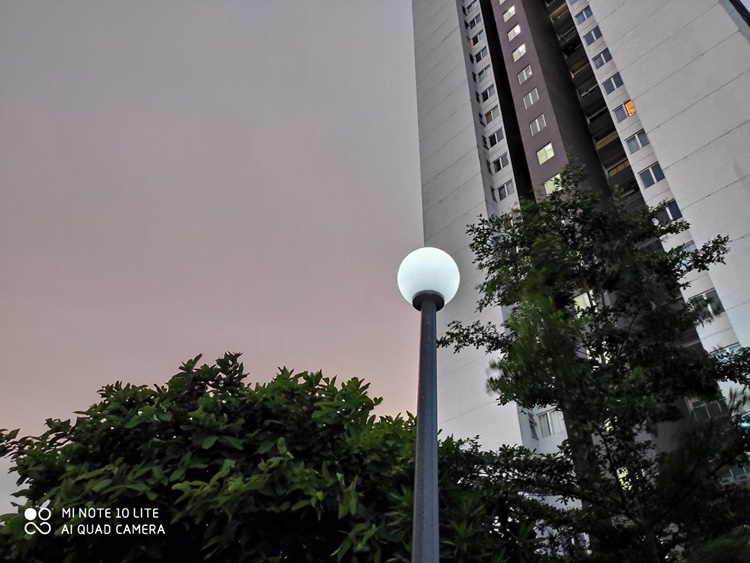 This shot was taken in night mode at 7:40 PM 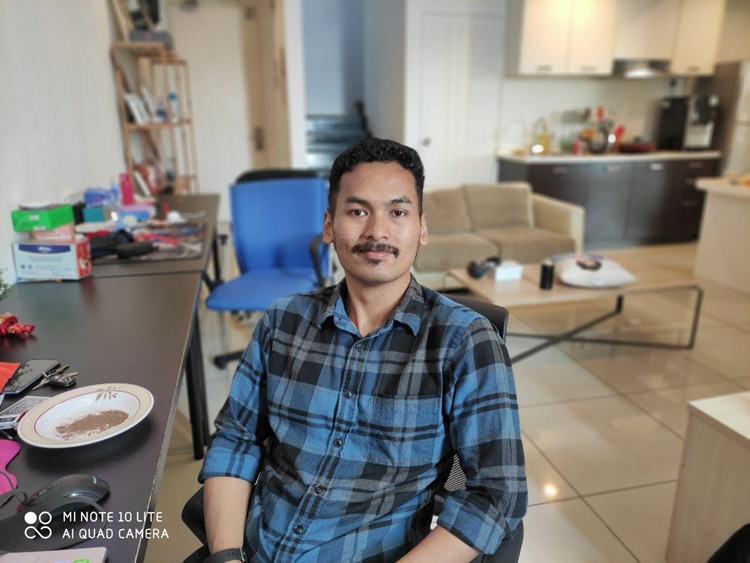 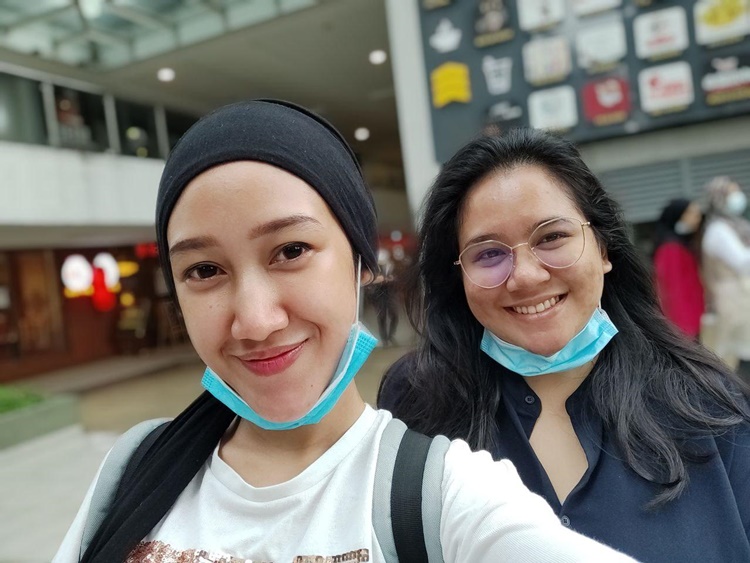 Even though this is the lite version, the phone is still capable of producing high-quality videos of up to 2160p or 4K on 30fps. One thing to also note is that during recording, the colour contrast tends to be brighter than the original environment so it's a double-edged sword there

All in all, the Xiaomi Mi Note 10 Lite is a strong mid-range phone contender. At just RM1479, there are plenty of reasons to like this phone - premium-like design, decent performance, great battery life, and a pretty good camera even though it doesn't have a 108MP sensor like its siblings. If we really have to nitpick, then it would have to be the curved edge display causing some apps to quit when touched accidentally.

Despite that, the Xiaomi Mi Note 10 Lite does have some competition around. There's the Huawei nova 7 SE at RM1499 and the vivo V19 at RM1699 but in all honesty, those two phones don't quite compare well with the Mi Note 10 Lite because one lacks GMS and the other features lower tech specs at a slightly higher price.

BUT what do you folks think? Do you agree with our review? Let us know in the comments below and stay tuned for tech gadget reviews at TechNave.com.