Earlier, Xiaomi has launched its latest Mi 10 series globally that comes with powerful tech specs like Qualcomm’s Snapdragon 865 chipset and 50W fast charging. Other than that, the event also introduced to us a ‘lite’ version of the Mi 10. It appears to be a more affordable device that houses a Snapdragon 765G chipset. Now, it is rumoured that the Mi Note 10 Lite will be arriving soon as it has been certified by FCC and revealed a few exciting specs.

After the release of the Xiaomi Mi Note 10 series last year, it is surprising to know that it will be including a new member at this moment. The Mi Note 10 Lite was spotted online with a codename Xiaomi M2002F4LG. Its tech specs like a 6.4-inch FHD+ curved OLED, a Snapdragon 730G, a 5260mAh battery and support of 30W fast-charging have also been leaked. 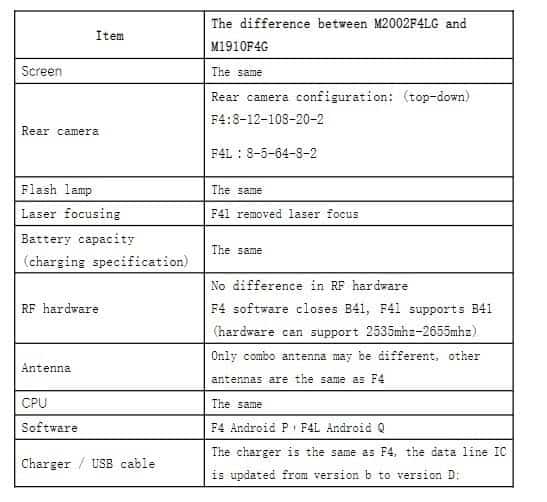 Surprisingly, the ‘Lite’ version is actually not that ‘Lite’ at all. It will still come with five cameras including a 64MP main sensor, an 8MP wide-angle sensor, an 8MP telephoto lens, a 5MP macro lens, and a 2 MP depth sensor. The version of the system is also said to be using Android 10 with MIUI 11. If you’re curious about the price, we might have to wait until the launch to see how much cheaper the Mi Note 10 Lite is going to be.

Let us know what you think about the Xiaomi Mi Note 10 Lite on our Facebook page. Stay tuned to TechNave.com for more interesting tech news.