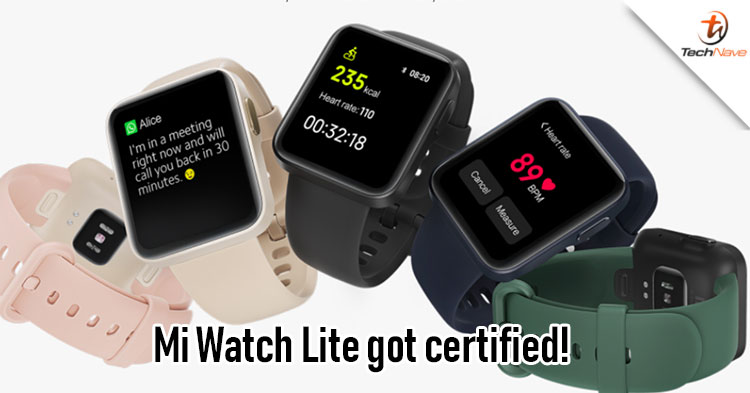 Xiaomi just launched the Mi Watch in Malaysia a few days ago with the price tag of RM469. Today, the Mi Watch Lite may be launching soon in India as it appeared on BIS certification since the first announcement for the global markets back in December.

According to the source, there are two smartwatches that have been certified on Bluetooth SIG and one of them is the REDMI model number that Mukul Sharma spotted on his Twitter post with the model number REDMIWT02. It turns out to be the Mi Watch Lite for Global markets.

Either way, there is no official confirmation on the tech specs and Malaysia release dates yet, so do take this with a pinch of salt. But would you be interested in getting the Mi Watch lite as soon as it is available in the local market? Let us know on our Facebook page and for more updates like this, stay tuned to TechNave.com.