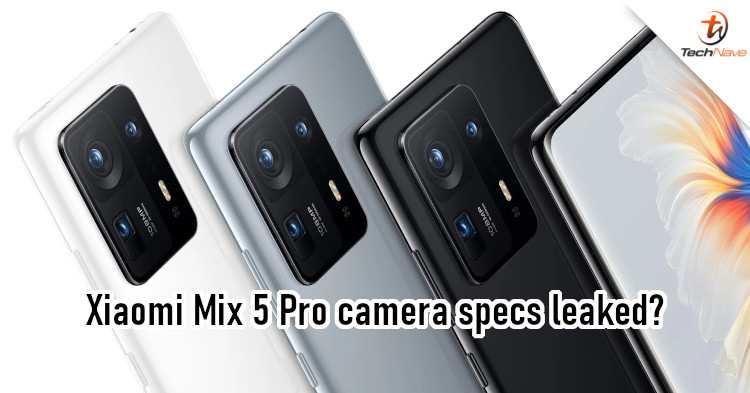 Back in August 2021, Xiaomi added the Mix 4 to its flagship lineup. It's an impressive smartphone that serves as a more affordable alternative to the Xiaomi 11 series. Xiaomi has yet to launch this phone in Malaysia, but its successor - the Mix 5 - could already be on the way.

According to Gizmochina, Xiaomi is working on the Xiaomi Mix 5 series, which is expected to include the Mix 5 and Mix 5 Pro. Not much is known about these devices at the moment, but sources claim that the Pro model would come with a new Surge C2 image processor. That would make it the successor of the Surge C1, which was included in the Xiaomi Mix Fold.

Besides the image-signalling processor (or ISP), the Mix 5 is expected to come with three cameras at the back. Specifically, it's a 50MP+48MP+48MP setup (main+ultrawide+telephoto), with optical image stabilisation for the main camera. It should also come with a 48MP front-facing camera.

Of course, this is just a rumour and might not be accurate, so take it with a grain of salt. Having said that, what would you like to see from the Xiaomi Mix 5 series, and would you buy it if it launches here? Share your thoughts in the comments, and stay tuned to TechNave for more news about it.