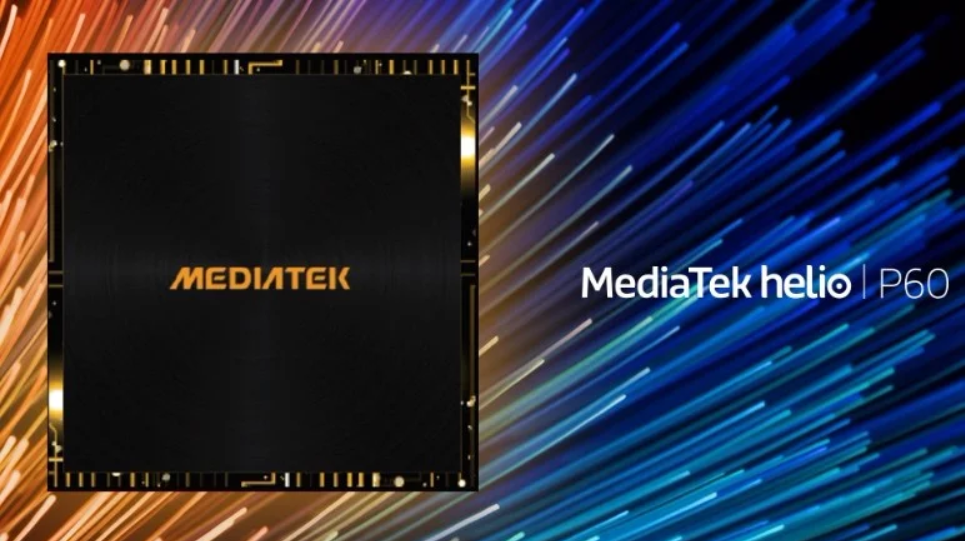 Before you start bashing on MediaTek, we know that they aren't perfect but at least they are improving. As many tech-fans know, MediaTek presented its all-new Helio P60 chipset at the MWC 2018. Keep in mind that it's not a flagship tier unit but rather a mid-range processor, a powerful one, and it was also revealed that Xiaomi, OPPO and Meizu are on board to use it for their smartphones.

So how powerful it is for a mid-range processor? Well, to start off - its FinFET processor is just 12nm and that's tiny, tiny enough to cut down 15% of power consumption compared with 14nm chipsets. The architecture design inside lies a big.LITTLE structure, with an octa-core chip clocked at 2.0GHz, with 4x Cortex A53 cores and another 4x Cortex-A73 cores. For the GPU, it's a new Mali-G72 MP3 clocking in at 800MHz and according to MediaTek, it can boost up to 70% in gaming performance. 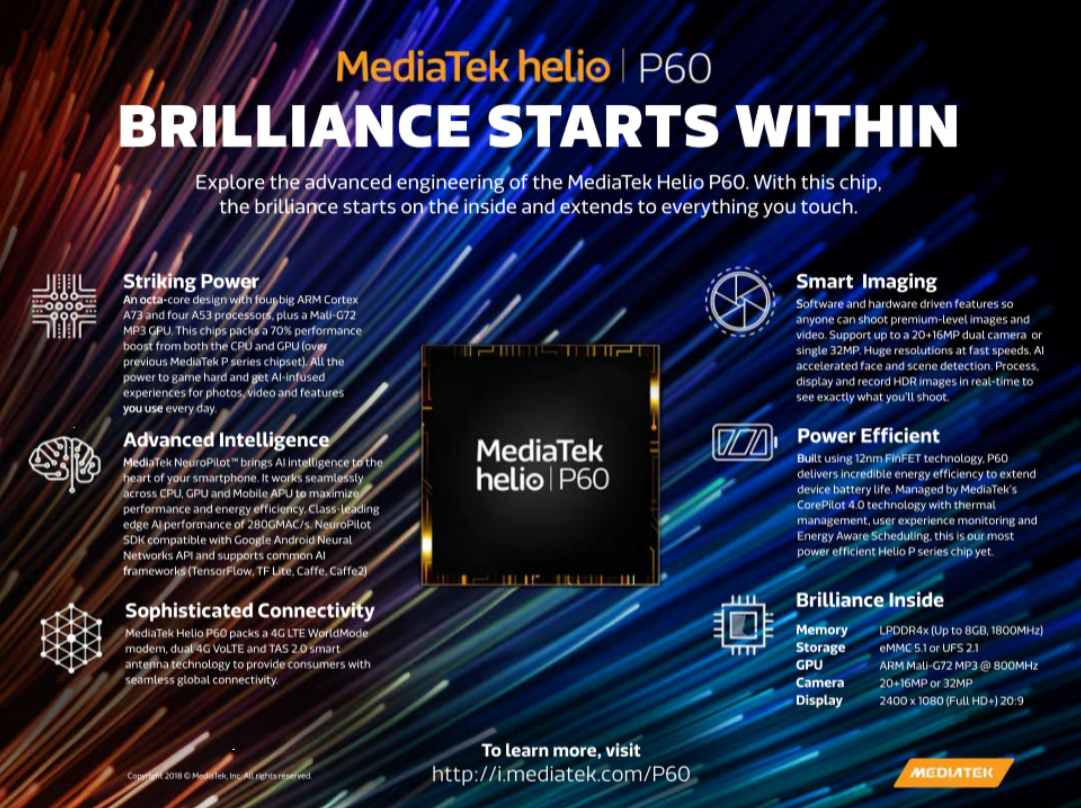 On top of that, there's also a new NeuroPilot processing unit and as you can guess from its name, it's in charge of A.I. stuff such as facial recognition, augmented reality and scene detection which is becoming more evident in new smartphones nowadays. It's said to run at 280GMAC/s, for comparison, it's as twice as powerful than a GPU so that should give you a good idea.

That being said, we can guess that the much teased OPPO R15 could be using the new Helio P60 chip. On the other hand, the Meizu E3's leaked tech-specs have hinted that as well. But for Xiaomi, it's unknown which of its model will be integrating the Helio P60, we will just have to wait and see.