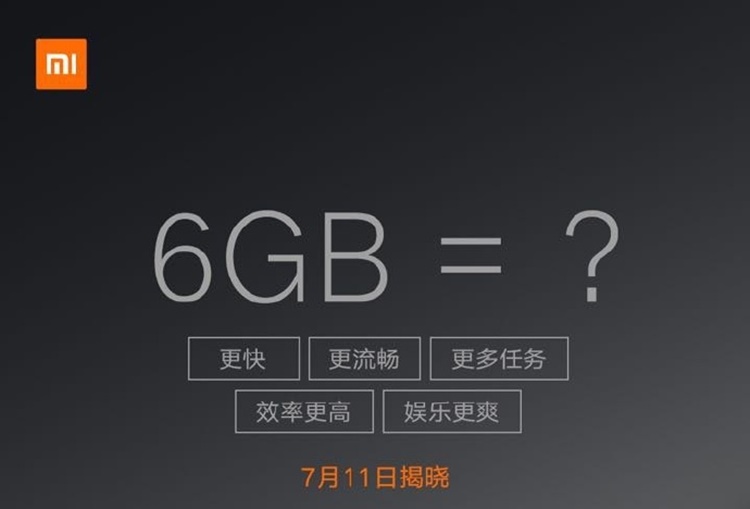 So get this, apparently tomorrow on 11 July 2017 - Xiaomi will be revealing a new device in China. As confirmed in their official Weibo account, the device will come with a 6GB RAM, so what phone could it be?

It should be noted that it’s not the first time for Xiaomi to release a 6GB RAM phone, since the Mi MIX, Mi 6, Mi Note 2, and Mi 5s Plus are equipped with it. Although the teaser poster only reveals that it will have 6GB RAM, they also released a short teaser video revealing more tech-specs (video is in the source below). In the video, it’s also revealed that the RAM is a DDR4 type, a Snapdragon 800 processor series on board, 4000 mAh, a 3D glass body, UFS storage, a 22MP camera and it can record 4k video format. Additionally, it also supports USB Type-C, Quick Charge, NFC, 4G, and an infrared blaster. 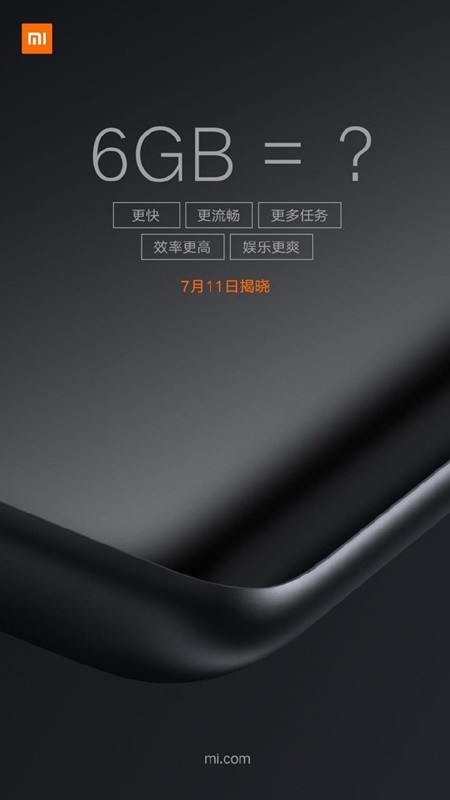 If we have to guess, the mysterious phone could be a Mi 6 Plus since the Mi 6 already has the 3D glass body. Well, there’s only one way to find out. Stay tuned for Xiaomi’s announcement tomorrow at TechNave.com.