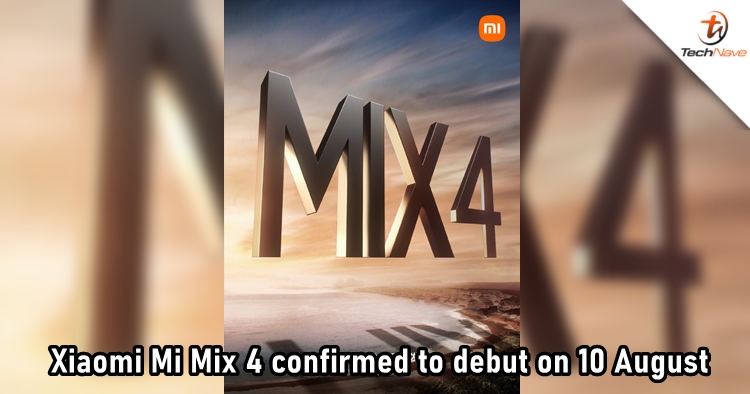 Xiaomi Mi Mix 4 is one of the highly-anticipated flagship smartphones this year. After releasing Mi Mix 3 in 2018, the company has stopped introducing successors for the series, and it's why the fans are eager to see the upcoming Mi Mix device. However, the wait is over now as Xiaomi has officially announced that the device will debut on 10 August.

On its official Weibo account, Xiaomi posted a teaser poster with gigantic text "Mix 4" and the date for the launch. Besides that, the caption has also hyped us up by saying that the Mi Mix 4 is "the engineers’ ideal of technology, the designers' dedication to aesthetics, and carries the imagination of thousands of Mi fans for the future." 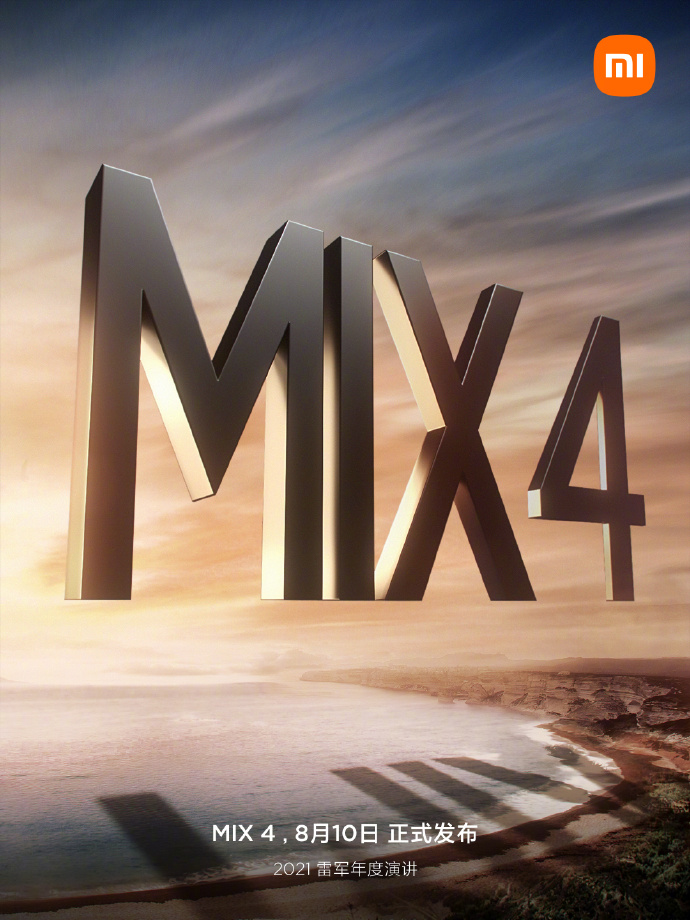 Previous rumours suggested that the Mi Mix 4 could be the first Xiaomi device to come with an under-display camera. Other than that, it could also feature a Qualcomm Snapdragon 888 processor paired with 8 or 12GB of RAM, a 5,000mAh battery with 120W fast charging, and a 50MP Samsung GN1 sensor.

Are you excited to meet the Mi Mix 4? Let us know on our Facebook page and stay tuned to TechNave.com for more smartphone news.