The Xiaomi Mi Mix series is another flagship series from Xiaomi and everyone must be familiar with its bold concept design and powerful features. After putting the Mi Mix 3 up for sale in 2018, the series didn't actually get a successor as the Mi Mix Alpha which was announced in 2019 never hit the market. Now, it is speculated that the Mi Mix 4 will soon be announced as Xiaomi opened a new Weibo account for the series today.

The Xiaomi Mi Mix series had already owned a Weibo account previously, but the last update was on 8 November 2019. With this new account, rumours are flying around saying that the company will soon launch the Mi Mix 4 and tech specs have gotten predicted as well. The rumoured Mi Mix 4 will come with a 120Hz or 144Hz 2K screen and a 4500+mAh battery that supports 100W fast charging. It is also said that thin bezel, on-screen fingerprint, and an in-display camera could be seen on the device. 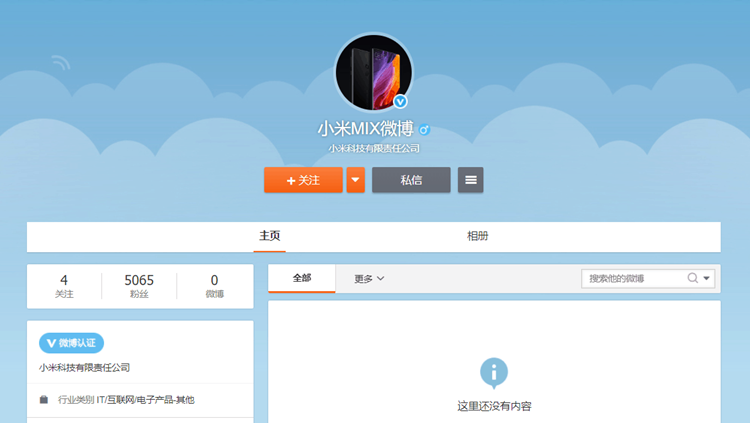 Let us know what you think about these rumours about the Xiaomi Mi Mix 4 on our Facebook page. Stay tuned to TechNave.com for more latest smartphone rumours.