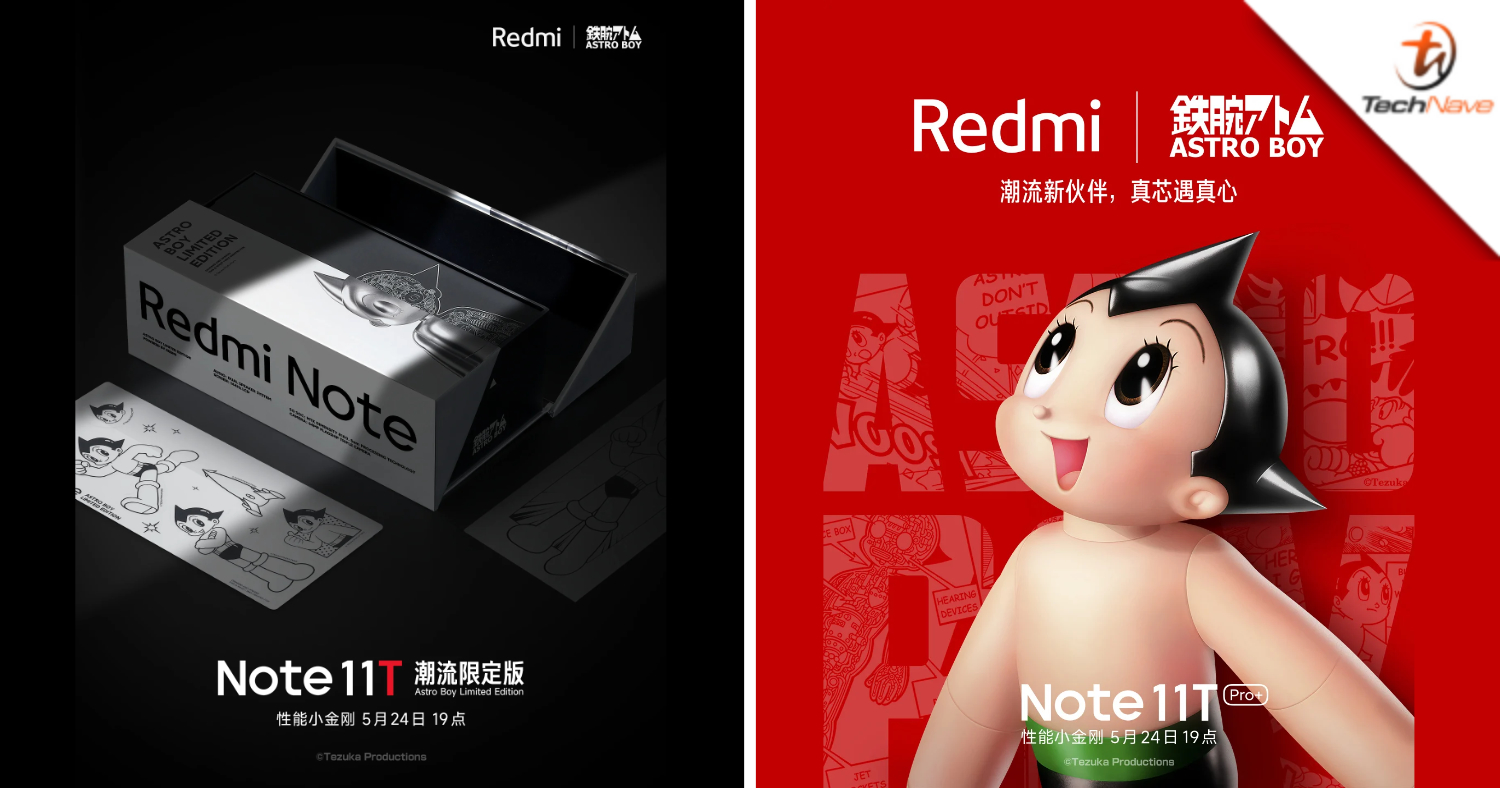 Earlier this month, we reported on how Xiaomi is set to release the Redmi Note 11T series later this month. Well, the company has since confirmed that the series will be launched later today (24 May 2022) and even teased about the release of an Astro Boy Special Edition for the new smartphone lineup. 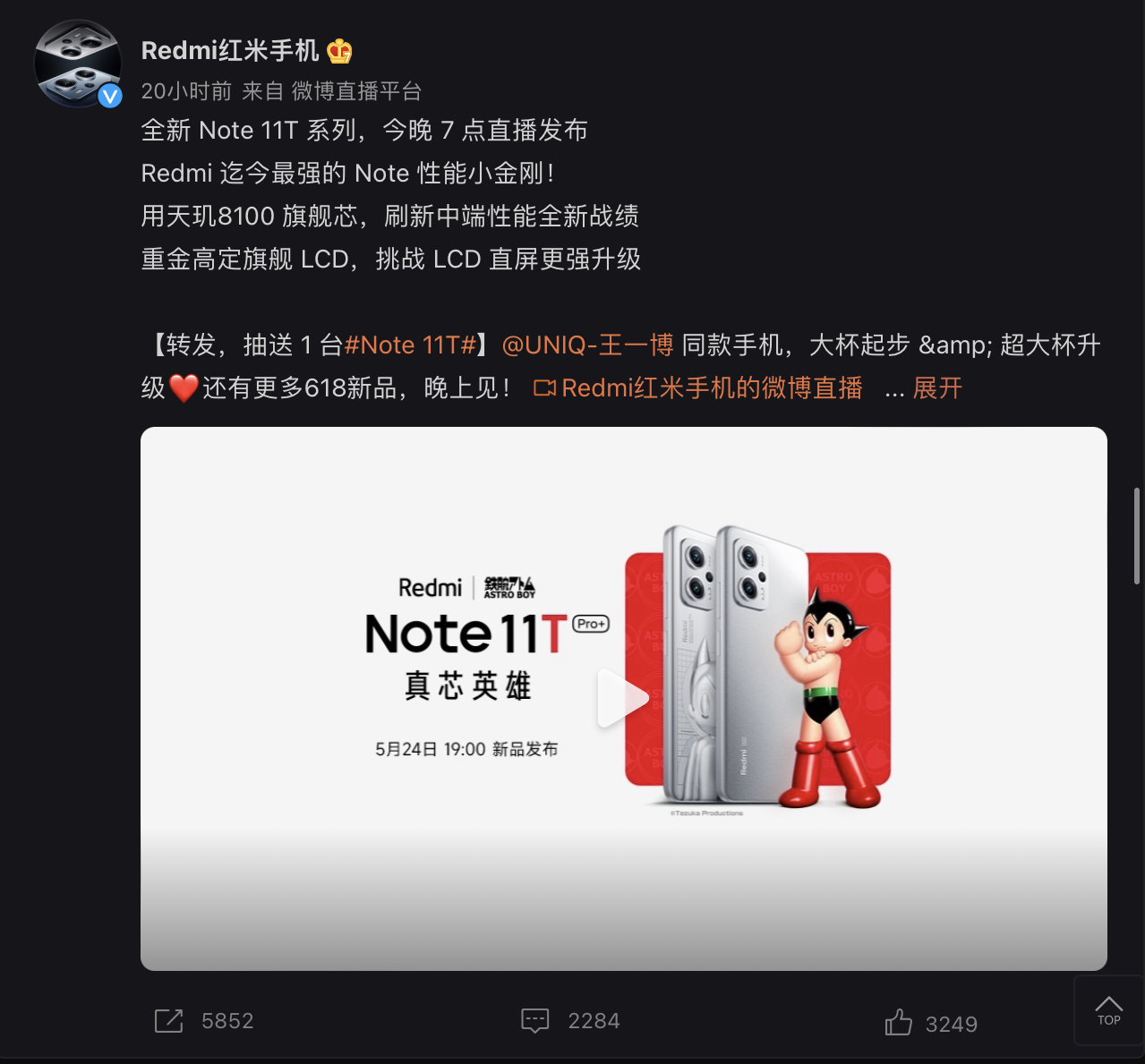 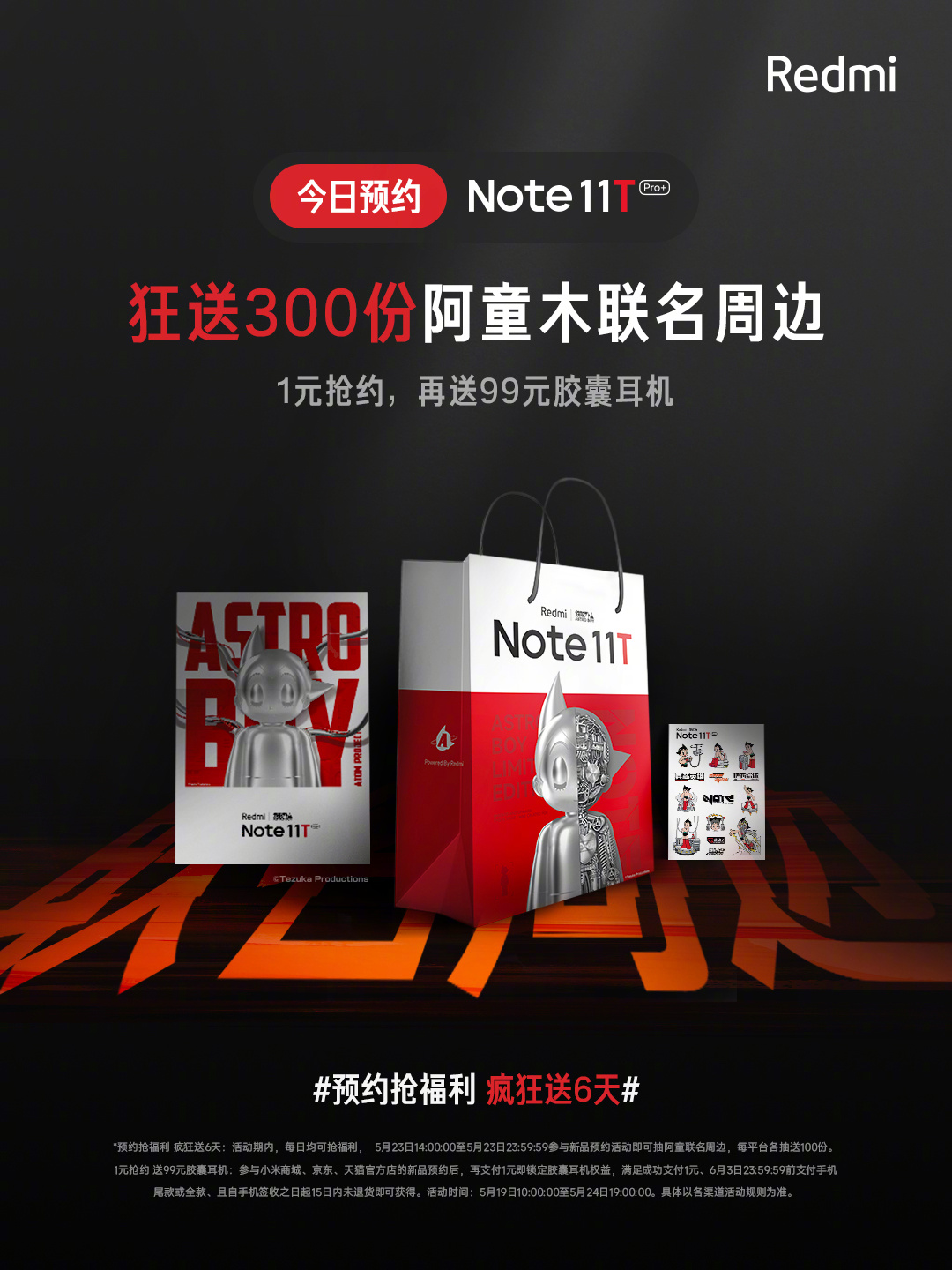 A collaboration between Xiaomi and the super popular animated series, the Astro Boy Special Edition version will be for the Note 11T Pro+ variant based on the teasers. Of course, the Astro Boy Special Edition will share the same specs as the device, though it would definitely make heads turn for its unique design and aesthetics inspired by the series.

In one particular teaser poster, we can see that the special edition smartphone will have a sketch of Astro Boy on the rear panel. Furthermore, there will be a custom theme, customised retail box and it may even come with a sketch of the character and other accessories as well. 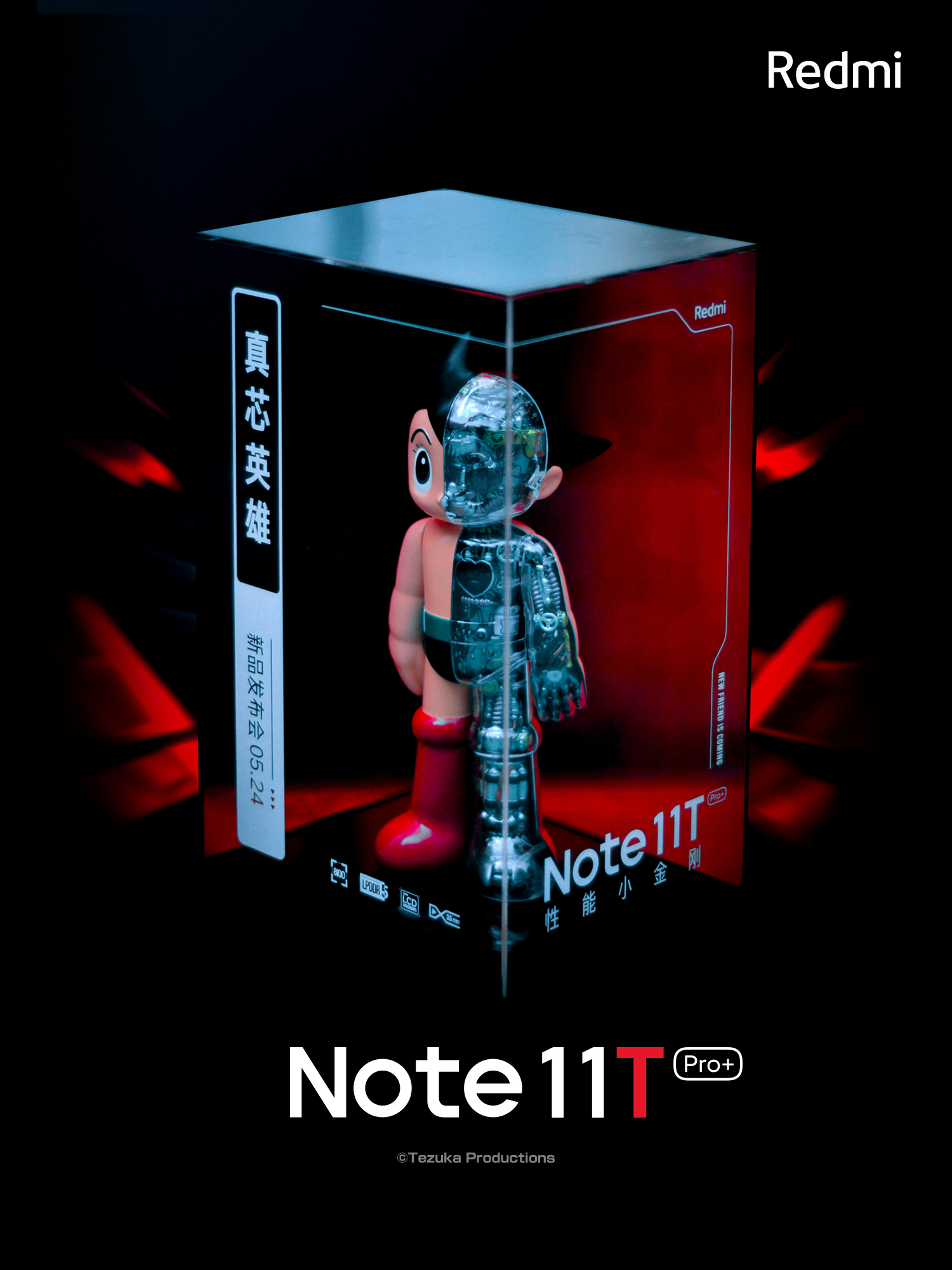 Looks awesome, especially if you’re an Astro Boy fan! You can catch the launching event for the Redmi Note 11T Series later today at 7pm local time in China.

So, what do you guys think? Share your thoughts with us in the comments below and as always, do stay tuned to TechNave for the latest trending tech news such as this!