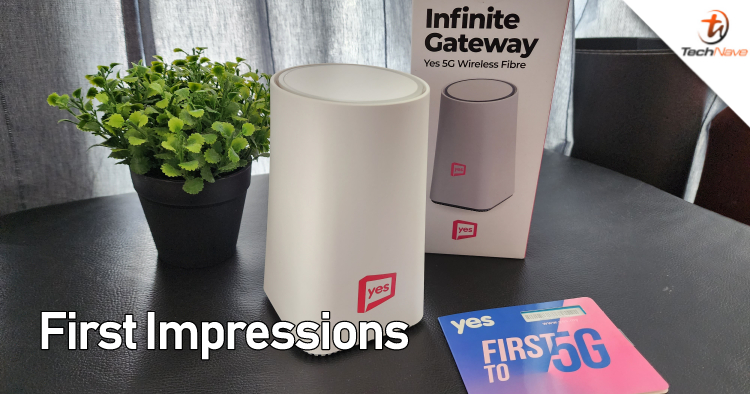 It’s an unfortunate truth but not everyone can get fibre Internet connectivity, especially here in Malaysia. Looking to offer a broadband Internet with similar speeds to fibre Internet, YTL has come out with their Yes 5G Wireless Fibre Infinite Gateway. How does it deliver? Find out in our first impressions of the Yes 5G Wireless Fibre Infinite Gateway below.

Looking much like a mini humidifier, the Yes 5G Wireless Fibre Infinite Gateway does not take up much space but it does require a nearby power socket. The unit itself does not have a power button, turning on when you turn on the power. No drilling required but the lack of any built-in battery means that it isn’t very portable. 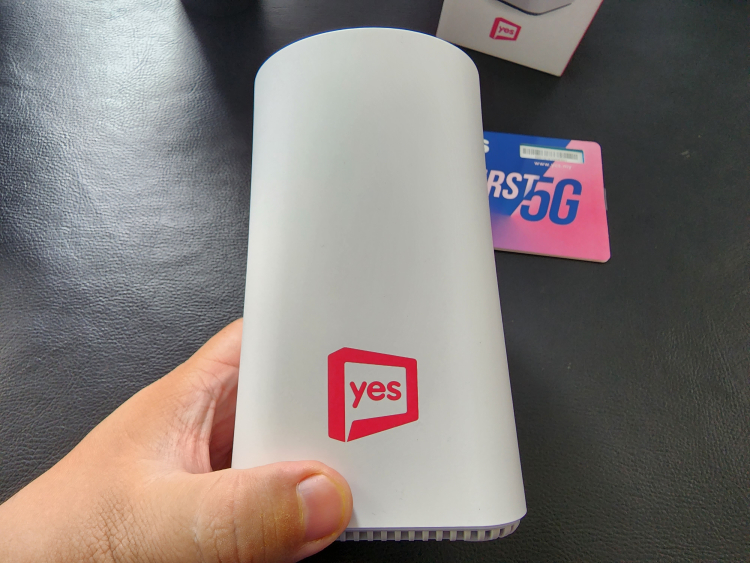 On the front there's just a single Yes logo 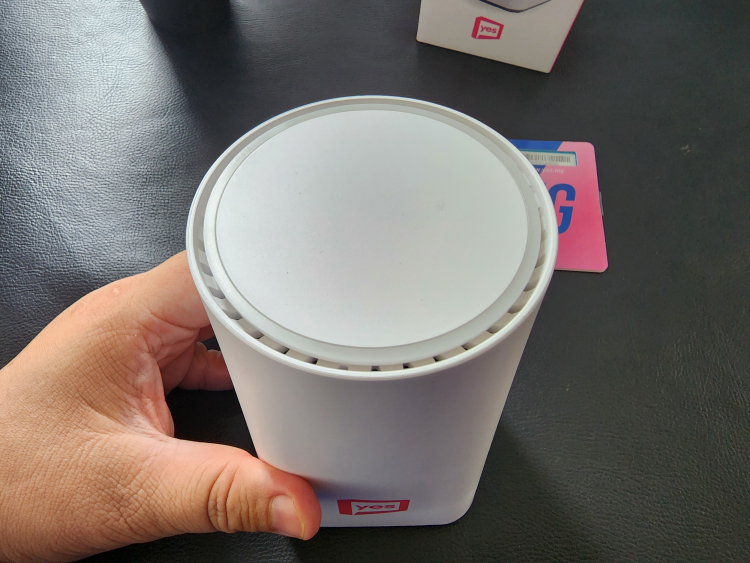 On the top, there are cooling vents... yes, it looks like a mini humidifier On the back there's the power socket, WPS button, USB Type C port and status LEDs

Perhaps to not bother people with flickering lights, the status LEDs are located at the back side along with the power socket, an RJ45 LAN socket, a USB Type C port and a WPS button. I have to say though, that if something is wrong, it does make it a bit annoying to have to look at the back of the device to see which status lights are not working correctly.

The rest of the unit is white with a single Yes logo on the front and cooling vents on the top and bottom. The slot for the Yes 5G SIM card is located on the bottom with a silicone cover. 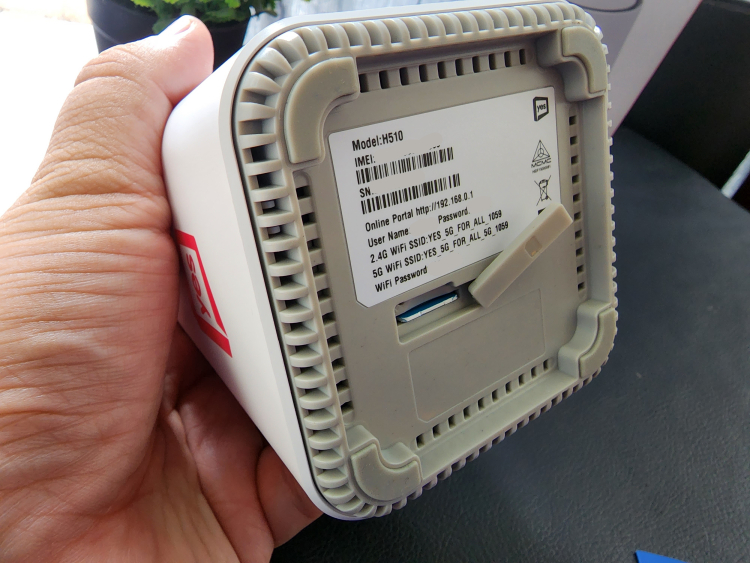 The bottom of the unit is where you insert the Yes 5G SIM card. (we've erased certain portions like the password and other details) 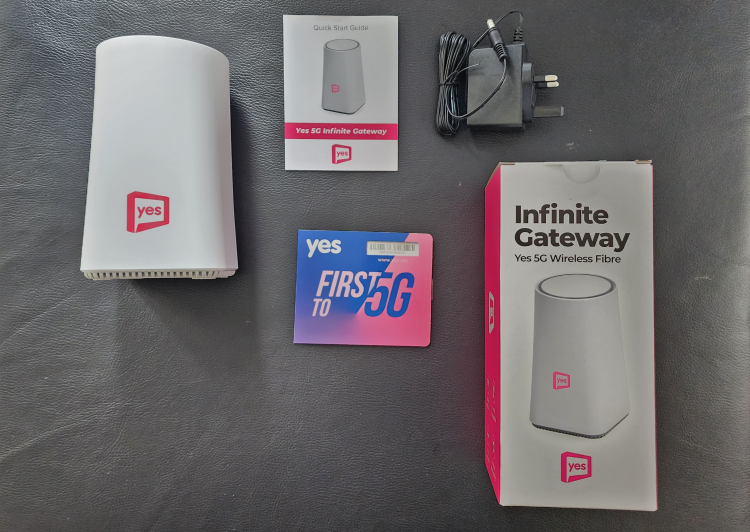 Here's what you get inside the box

While you may have to download the MyYes app and activate the SIM if you get a new pack, ours was already set up, so we can’t show you the process or the tracking features in the app. The guide does indicate that to set up your MyYes account you may have to verify your ID and face though.

However, like other Yes SIM cards, the MyYes app should allow you to track your usage, redeem Databack, top up your account and so forth. Once the unit is turned on you can access WiFi via the YES_5G_FOR_ALL_1059 SSID but you can customize it like any other WiFi 6 router by opening 192.168.0.1 in your Internet browser and entering the details underneath the unit. 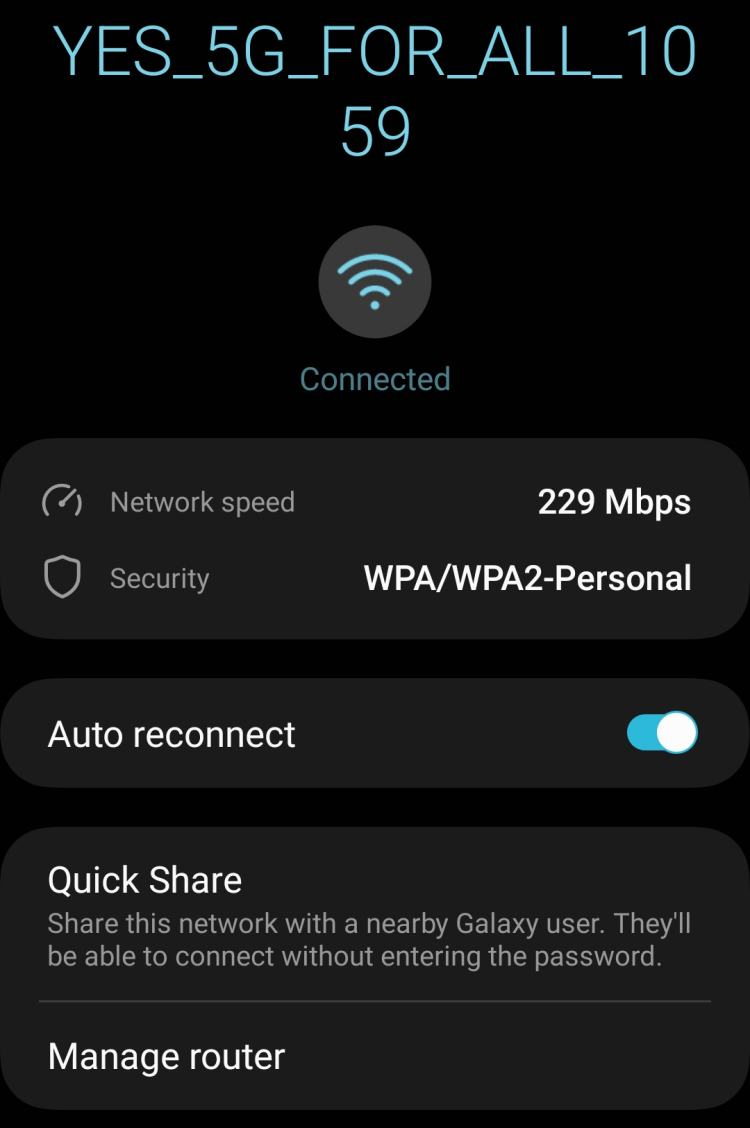 Rather, Internet speeds near the unit are around 60 Mbps to 90 Mbps and our testing area was certainly in the Yes 5G supported coverage map. These speeds are still somewhat better than say the unifi fibre 100 Mbps package which averaged around 30 Mbps to 70 Mbps in the same area though. The video speedtest showed that the Yes 5G Wireless Fibre Infinite Gateway could handle 4K video with ease. 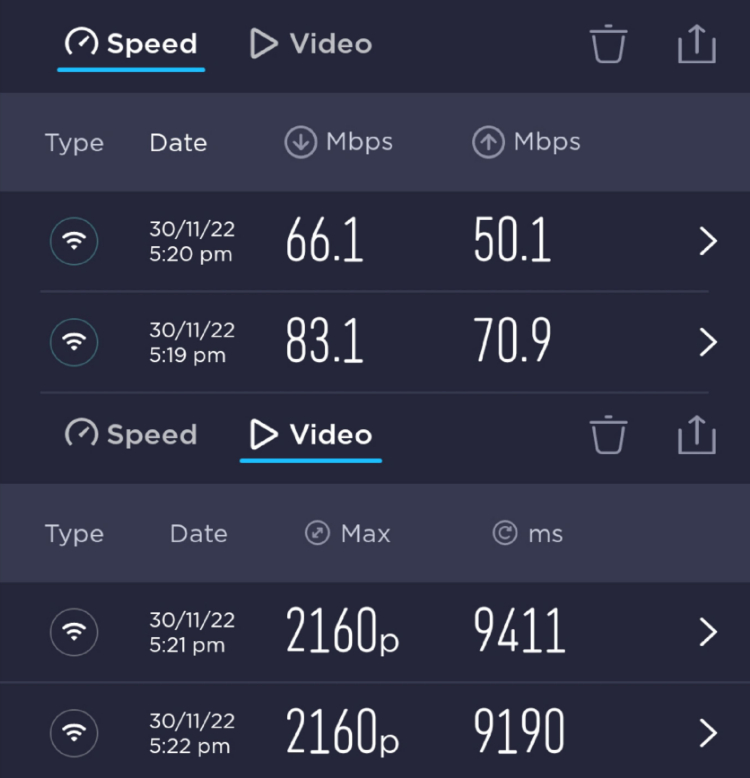 Ookla speedtests around the unit 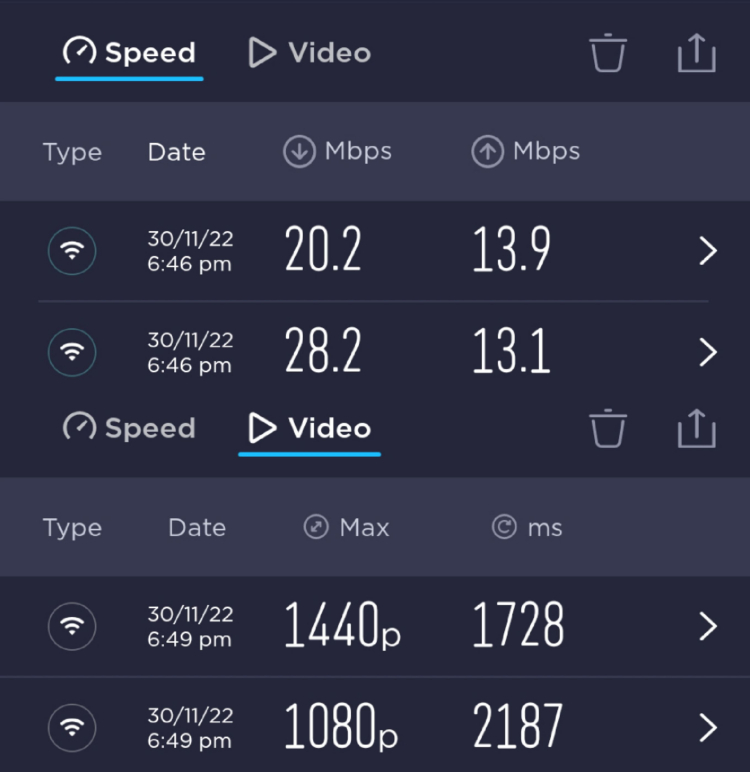 However, moving further away from the unit or behind walls significantly reduces these speeds. In the bathroom for example, the Yes 5G Wireless Fibre Infinite Gateway delivered about 30 Mbps to 60 Mbps speeds and mostly 1080p full HD video. This didn’t happen for the WiFi 6 router bundled together with the unifi fibre 100 Mbps package.

Trying it out for gaming, the unit provides rather fluctuating connectivity in terms of stability. However, the speeds do tend to stay in the higher speed ranges. In Genshin Impact, the connectivity or Ping never turned red but instead mostly stayed yellow. This results in relatively lag free gaming but it can get a bit choppy sometimes.

Streaming video is fine, lag free and smooth and for the most part, the device stays relatively cool, even when it has been on for some time. According to Yes, the Yes 5G Wireless Fibre Infinite Gateway can support up to 32 devices at a time and handled our 4 test devices with no issues.

Testing the Yes 5G Wireless Fibre Infinite Gateway during heavy rain, we found that connectivity largely remained the same for gaming and downloads. However, for streaming, there was a slight decrease of connectivity down to 1080p from 4K. 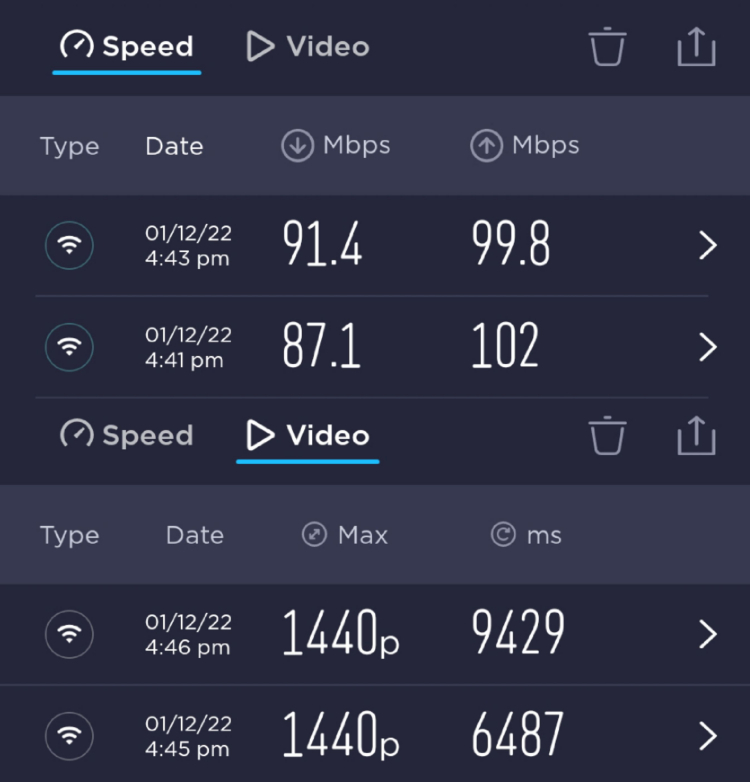 Overall, the Yes 5G Wireless Fibre Infinite Gateway offers a solid Internet connectivity option for those Malaysians who don’t have the option to use actual fibre connections. Of course, this means that speeds and connectivity are still largely affected due to coverage, so if you’re not within the Yes 5G coverage area, you should probably reconsider this.

Pricing starts from RM148 for the router and unlimited 5G and calls. Other contenders for this remain unifi’s broadband Internet packages, but this could soon change as other telcos start to offer their home 5G broadband Internet products. Yes have confirmed that you can attach the unit to a compatible WiFi 6 mesh router if you want to improve the connectivity but there are no bundles for such mesh routers available on the Yes site.

Would you be interested in getting a Yes 5G Wireless Fibre Infinite Gateway? Let us know on our Facebook page and stay tuned to TechNave.com 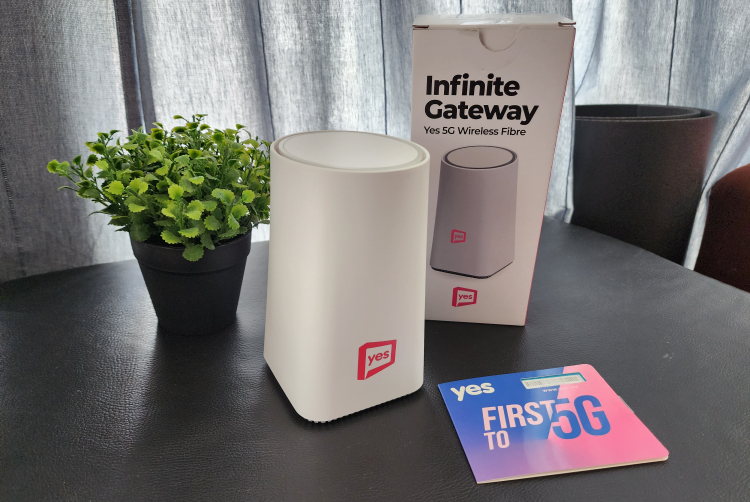