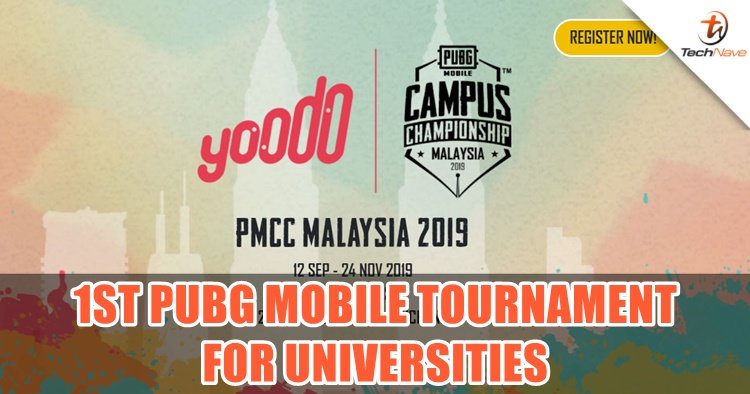 Today, Yoodo has announced that they will be hosting the first-ever PUBG MOBILE Campus Championship (PMCC) 2019 to several universities and colleges across the nation. The tournament will kick off from 24 September onwards in 7 separate regional qualifiers and finals.

With a total of RM60,000 prize pool on the time, the winning team will also walk away with a free 1-year Yoodo mobile plan and an exclusive direct invite to the Grand Finals of PUBG MOBILE National Championship (PMNC) 2020. The grand finals will also happen on the same date featuring the top 16 teams and fans will be able to catch all the action at regional viewing parties organised in collaboration with respective universities.

In addition to the viewing parties and social media competitions (which will be announced in the future), Yoodo is also collaborating with the universities to let their students organize roadshows across the nation. It's said to span 28 days in 14 different universities between 23 September and 25 October where students can look for tournament promos, exclusive merchandise and PUBG MOBILE matches. Yoodo has been supporting their customers with its exclusive 20GB PUBG MOBILE data add-on feature since April 2019. Registrations for the competition are now open and students can apply to participate at www.pubgmobile.com/MY/PMCC2019 and to learn more the tournament, you can visit www.yoodo.com.my/pmcc2019.

Good luck and have fun, stay tuned for more Yoodo news at TechNave.com.