Current Location: Home > News > You may now play as a Naruto character in Fortnite through the collaboration 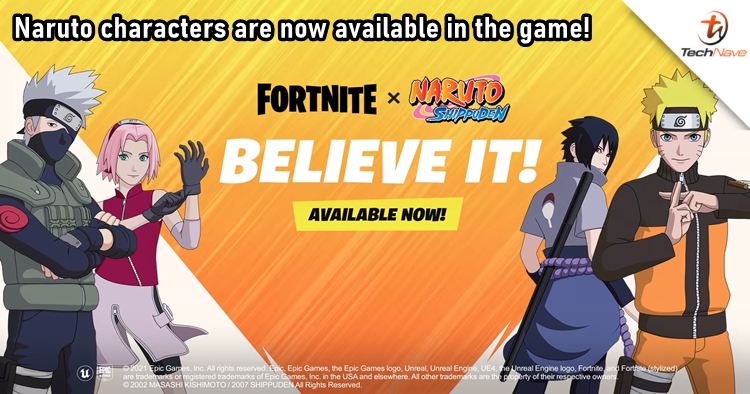 You may now fulfil your anime fantasy in the battle royale game Fortnite as its collaboration with Naruto: Shippuden is finally available for players. Not only you can play as one of the most popular Naruto characters, but the update has also brought in a familiar weapon (if you're fans) to be used in the game.

First of all, four characters, including Naruto Uzumaki, Sasuke Uchiha, Sakura Haruno, and Kakashi Hatake will be available in the in-game item shop. Other than that, you can also purchase a Naruto glider, two emotes, and two loading screens from there. However, it doesn't stop there. To make the most of the collaboration, Fortnite has also added a throwable paper bomb kunai as a weapon to the game.

Kakashi Hatake will also appear as an NPC (non-player character) on the Fortnite island for you to complete quests passed down from him. There will also be an entire Naruto-themed Creative map that you can explore based on the Hidden Leaf Village from the anime.

Will you be hopping in Fortnite to check out the exciting collaboration? Let us know by leaving a comment and stay tuned to TechNave.com for more gaming updates.