Current Location: Home > News > You might not be able to customise fonts and icons on Android 12 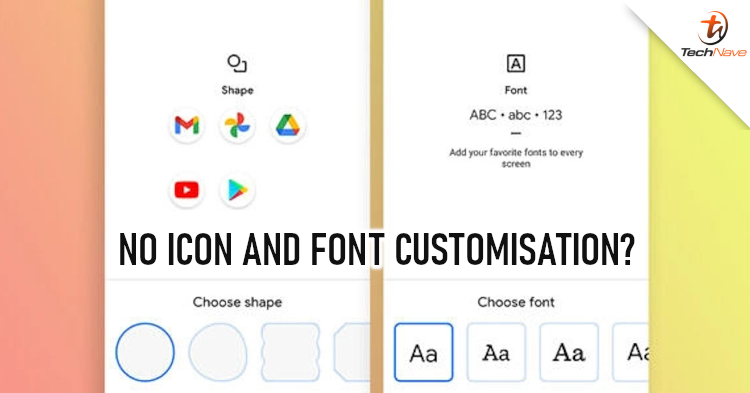 It seems that a recent report by XDA-developers hinted that the upcoming Android 12 operating system might not allow users to customise the smartphone’s fonts and icons. While there’s no official statement as to why the feature was removed, speculations were hinting the changes were intended to make way for the new “Material You” design.

Based on what we know so far, the Material You design can automatically and intelligently adjust the UI to suit the user. That might not sound like a bad thing, but some users prefer having complete control of the smartphone’s UI.

However, do take the information mentioned with a grain of salt because Google has yet to provide an official statement on the leaked info. With all that said, what are your thoughts on potentially not having the ability your Android smartphone’s UI in the future? Let us know on our Facebook page and for more updates like this, stay tuned to TechNave.com.