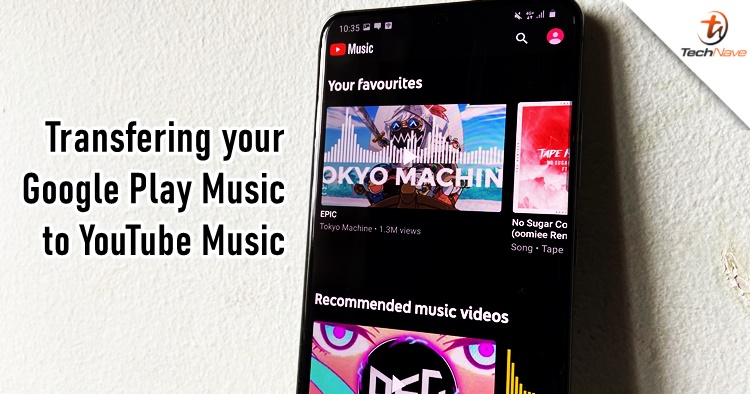 When it comes to using a preferred music platform on your smartphone, Spotify would be the popular choice, then there's also Apple Music but nobody, absolutely nobody will tell you Google Play Music is pretty good. It has a rather wacky job on display album covers, the songs titles will follow exactly as the file name (which will turn out funny-looking), and the user interface is just bland. Thankfully, YouTube Music is here to save the day.

According to sources, Android users will be allowed to migrate their streaming library songs from Google Play Music to YouTube Music. Reports say that you can upload up to 100,000 songs to the library or 5000 songs to a playlist. Then if you have marked some likes and dislikes on some songs from the Google Play Music, YouTube Music will analyse them and try to recommend songs to you via suggestions.

That said, the podcasts you have in the Google Play Store can be transferred as well but only to Google Podcasts. The songs and albums you purchased can be moved too, but you will have to keep transferring if you want them in the YouTube Music library. Of course, since YouTube Music is not free (not counting the free trial), it's RM17.90 including YouTube Premium which you never have to see a single YouTube advertisement.

Initially, it was a hassle task to switch back and forth between the 2 music platforms and it's a good thing that music lovers won't need to do that anymore. Do note that it will take a few more days for the update to roll out, so until then, stay safe and stay tuned for more trending tech news at TechNave.com.