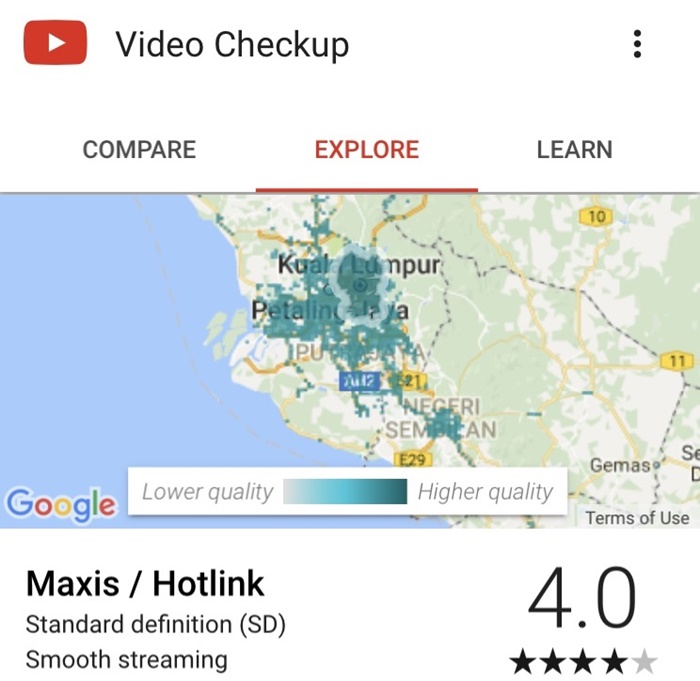 So according to YouTube’s Video Checkup tool, Maxis has also emerged as one of the top telcos delivering consistent smooth HD video streaming in Malaysia, resulting top ratings for buffering speeds on Maxis 4G LTE across 14 states across the nation. 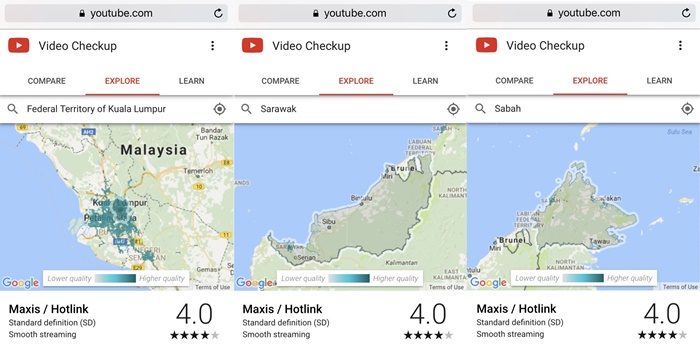 Video Checkup was was officially launched last week in Malaysia only, providing all Malaysian YouTube users a rating system to different telcos in a specific area based on YouTube video playback quality, with 4.0 stars being the highest possible rating at this time, as 4.5+ stars are reserved for future technology that support higher bandwidth video such as Virtual Reality (VR) and 360-degree videos.

Morten Bangsgaard, Maxis’ Chief Technology Officer stated, “We are glad that such a diagnostic tool has been launched. It provides transparency of different network experiences, and gives users a clear and reliable measure that comes from the aggregation of YouTube data that is gathered from actual user experience.”

According to a statement released by Google, “Today, most viewers of YouTube in Malaysia primarily watch videos from their smartphones, with two thirds of Malaysia’s YouTube watchtime coming from mobile devices. Much of this on-the-go watchtime comes from consumers using mobile data plans. The growth momentum for this trend looks strong, as mobile watchtime in Malaysia grew by 84% over this past year.”

With this, the increased use of video has driven a growing demand for Maxis mobile data, which doubled from 1.5GB last year to 4.0GB per month in 2016. There was also a tremendous growth in the penetration of 4G-enabled devices, which increased to 43% of total Maxis subscribers in 2016. Maxis 4G traffic grew 7 times in 2016 mainly used for good quality video streaming.

To use the Video Checkup tool, follow the steps bellow: