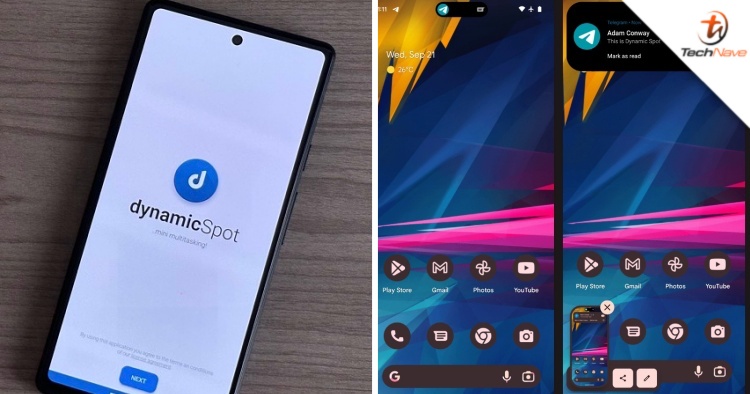 Since its unveiling by Apple, the iPhone 14 Pro series’ Dynamic Island feature has been the talk of the tech world, with many developers even attempting to emulate the concept on Android. Now, there’s even an app called ‘dynamicSpot’ by an Android developer named Jawomo that would put Dynamic Island on your Android device.

Currently in beta, the app allows users to experience Dynamic Island on Android but with more customisation options. These include setting up what kind of notifications you want to show up, the option to change the island’s postion, look, size as well as how rounded the edges look and whether to show two popup notifications as they come in.

The customisations don’t end there either, as dynamicSpot also allows users to show the island on their Android smartphone’s lock screen and single tap and long press actions for the island. However, do note that these two features are only available for the pro option of the app, which costs USD4.99 in the United States and RM19.99 in Malaysia.

For more information on Jawomo’s dynamicSpot, do visit the app’s dedicated forum on XDA developers here. However, do remember that the app is still in beta, so it may have some bugs and might not work correctly on your Android device.

So, what do you guys think of dynamicSpot and other similar moves by Android developers to implement Apple’s Dynamic Island? Share your thoughts with us in the comments below and stay tuned to TechNave for more trending tech news!