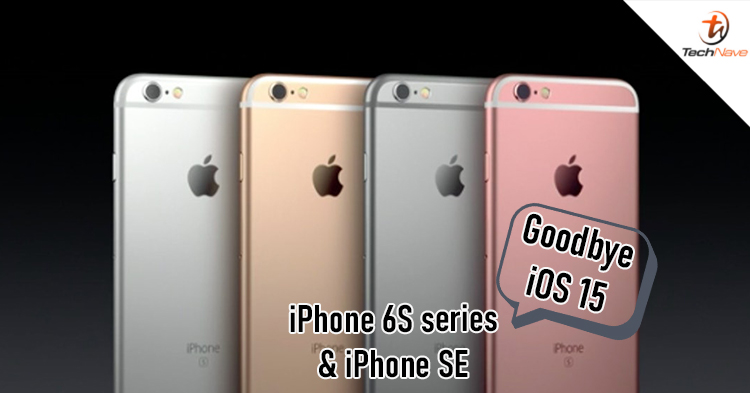 Apple have upgraded to iOS 14 and iPhone 6S series and iPhone SE users still get to enjoy this software update. It has been 4 to 5 years since these devices were launched, and there's a new rumour that the upcoming iOS 15 might not support these devices anymore.

According to sources, the leak was from The Verifier who previously accurately predicted that iOS 13 would no longer support the iPhone 5S series and iPhone 6 series. So this round of iOS 15 predictions could come true as well.

So are you an iPhone 6S series or iPhone SE user? Will you get a new smartphone if you can't update to iOS 15? Let us know in the comments below and be sure to stay tuned for more tech news on TechNave.com.