Current Location: Home > News > iOS 16.1 is bringing a new live scoreboard for the Dynamic Island on the iPhone 14 Pro


iOS 16.1 is bringing a new live scoreboard for the Dynamic Island on the iPhone 14 Pro 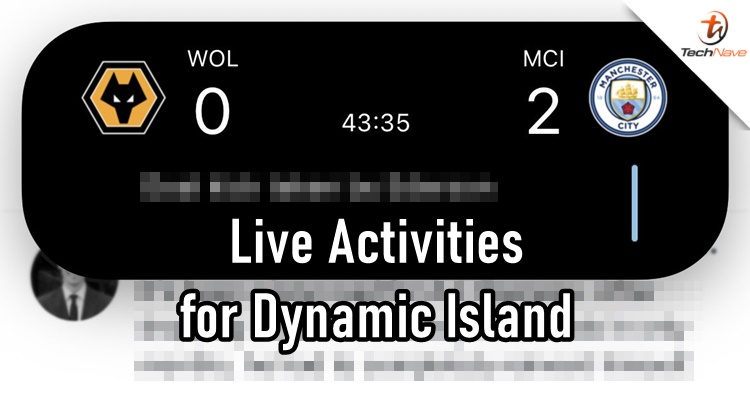 The Dynamic Island has been quite useful so far, in terms of making the pill-shaped cutout look more attractive instead of a distraction. iOS 16.1 is currently in beta mode and it's said that the software update will bring something new.

Promptly called the Live Activities, it will also appear on the Lock Screen once iOS 16.1 is live. This function aims to bring live scores from selected sports onto the Dynamic Island, as well as other activities. If you're watching a live sports game on the Apple TV, the Live Activities will display the scores seamlessly on your iPhone 14 Pro and iPhone 14 Pro Max.

Thanks for the tip!! Got this working for Premier League scores as well! pic.twitter.com/csscCo1wA3

That being said, those who don't own the pro variants can still check out the scores on the Lock Screen. It is also reported that a Live Activities widget will also make its debut on iOS 16.1. Sports that will be included in Live Activities are Major League Baseball (MLB), the NBA and Premier League.

The NBA and Premier League are definitely two popular sports for Malaysians but they will only launch in the US and Canada for now. Hopefully, it will be expanded globally. As for the MLB in Live Activities, it will be launching in the US, Canada, Australia, the UK, Brazil, Mexico, Japan, and South Korea.

It would be cool for Live Activities to feature eSports too. If that was possible, which game would you like to be featured there? Let us know in the comments below and stay tuned for more trending tech news at TechNave.com.