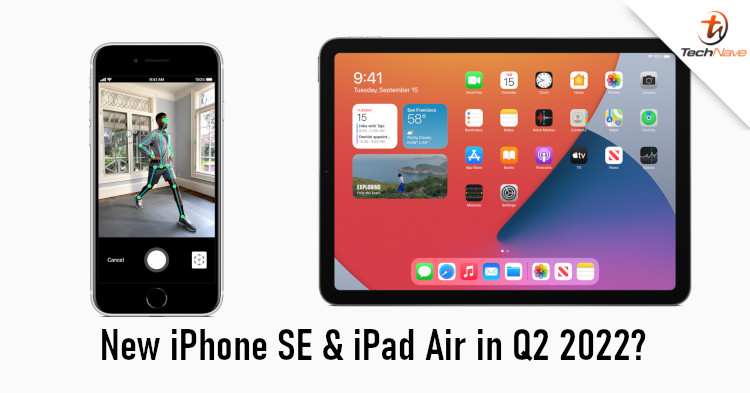 Sometime this year, Apple is expected to launch a new iPhone SE and iPad Air model. While the launch date hasn't been confirmed, both devices could launch within the first half of the year.

According to Macotakara, the iPhone SE 2022 and iPad Air 2022 could launch in Spring 2022 (between March to June). This launch window is probably accurate, at least for the iPhone SE 2022. For your info, the iPhone SE 2020 was launched in April 2020, while the iPad Air 2020 was released in September 2020. Assuming that Apple has already finalised the designs for both models, a simultaneous launch isn't out of the question.

In regards to tech specs, the iPhone SE 2022 is expected to feature the Apple A15 Bionic chipset, a 12MP front camera, and 5G support. As for the iPad Air 2022, its design could be similar to the latest iPad Pro. But instead of a dual-camera at the back, there will only be one camera.

As usual, the info given might not be completely accurate, so take it with a grain of salt. We'll post more details about the two devices when we get news, so stay tuned to TechNave.