iPad Air and iPad 8th-Gen release: up to A14 Bionic chipset and USB Type-C port support priced from RM1449 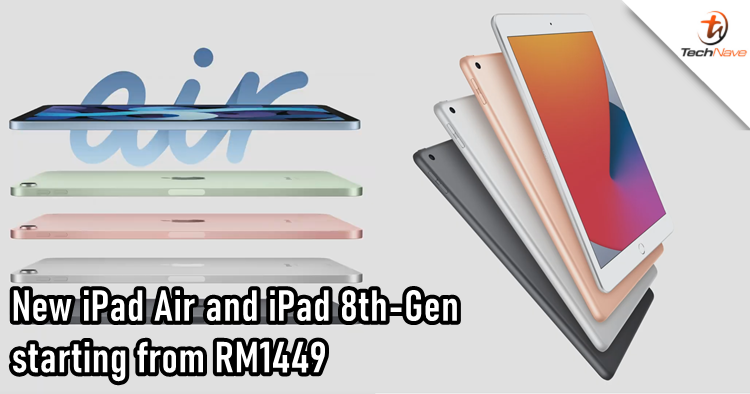 Today, apart from announcing the latest Apple Watch Series 6 and Watch SE, Apple also announced the iPad lineup. As speculated, the revamped iPad Air (2020) was introduced and so as the iPad 8th-Gen with new tech specs and features. No availability for the Malaysian market yet but the official prices are starting from RM2599 and RM1449 respectively.

Among the two, the iPad Air is the more exciting product solely for one reason - it is equipped with the latest A14 Bionic chipset. From Apple's presentation, the new Apple SoC is just 5nm now which means better power efficiency and more space for other hardware inside the body. In terms of CPU power, it is now 40% better than the previous chipset and graphics is 30% as better than before. The Neural Engine also has 16 cores now which is insane because that's twice as many from its predecessor.

Besides that, the iPad Air also features a USB Type-C port and while it may seem that Apple is late to the party, this means better accessibility for consumers to use the new Apple tablet without restriction. Other notable tech specs and features include a 10.9-inch Liquid Retina display, 64GB and 256GB internal storage, a single 12MP rear camera, a side-mounted TouchID, iPadOS 14, 10 hours of battery life supporting up to 20W USB C fast charging, WiFi 6 and more. 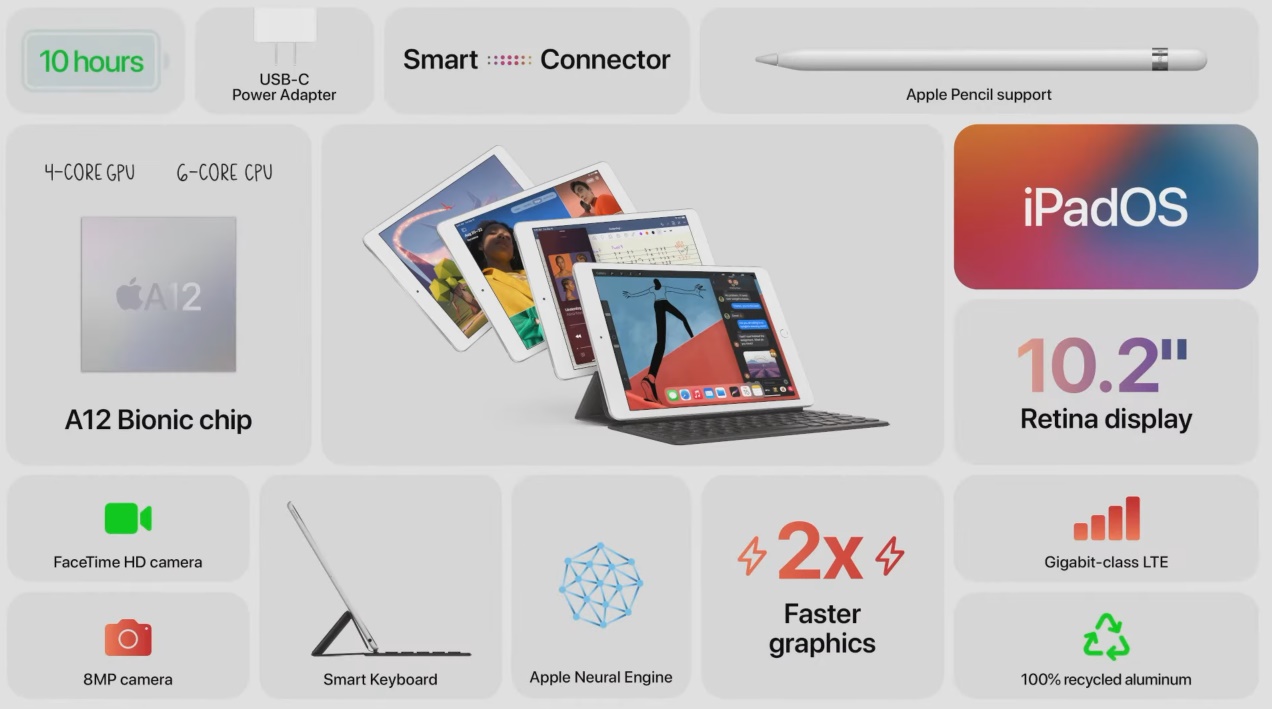 As for the iPad 8th-Gen, this tablet features an A12 Bionic chipset, a 10.2-inch Retina Display, 10 hours of battery life, 32GB and 128GB internal storage, a single 8MP rear camera, as well as the iPadOS 14 and USB Type-C port. Of course, Apple Pencil and Magic Keyboard are supported too for these two new tablets as separated accessories.

You can learn more about the new Apple iPad Air and iPad 8th-Gen on apple.com/my. but what do you think? Let us know in the comments below and stay tuned for more trending gadget news at TechNave.com.