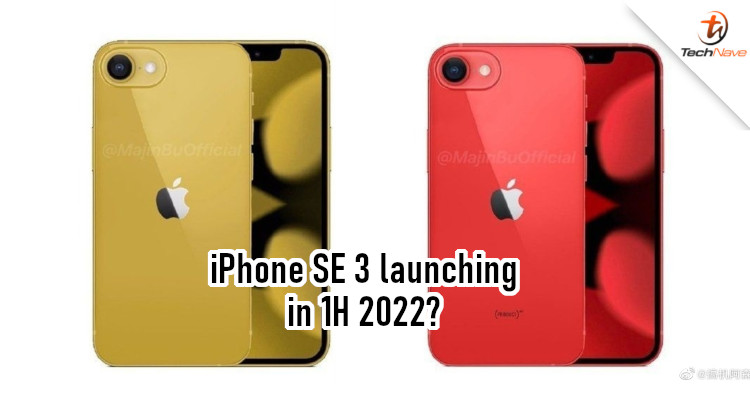 When it comes to Apple smartphones, the upcoming iPhone 13 series is exciting for many. But some people want a more affordable model, and maybe last year's iPhone SE 2020 isn't quite enough for them. In that case, look forward to the iPhone SE 2022.

According to a Chinese blogger, Apple analyst Kuo Ming-chi believes that the Apple iPhone SE 2022 will be launched within 1H 2022. The new model will apparently have a design and specs that are similar to the iPhone XR. In fact, the source claimed that the new model would be like a 5G variant of the iPhone XR.

If that's true, it would mean that the new model will have a larger screen with a better screen-to-body ratio. This also means that Apple will ditch the Touch ID button, which could be disappointing for some users. Besides that, the iPhone SE 2022 is expected to come with an A14 Bionic 5G chipset and an improved LCD, with the price estimated at 3499 yuan (~RM1990).

The iPhone SE 2020 launched here in April 2020 for RM1999, so the estimated launch window and price for the iPhone SE 2022 should be fairly accurate. Still, take the rest of the news with a grain of salt. Having said that, would you be interested in getting one next year? Let us know in the comments, and stay tuned to TechNave for further updates.