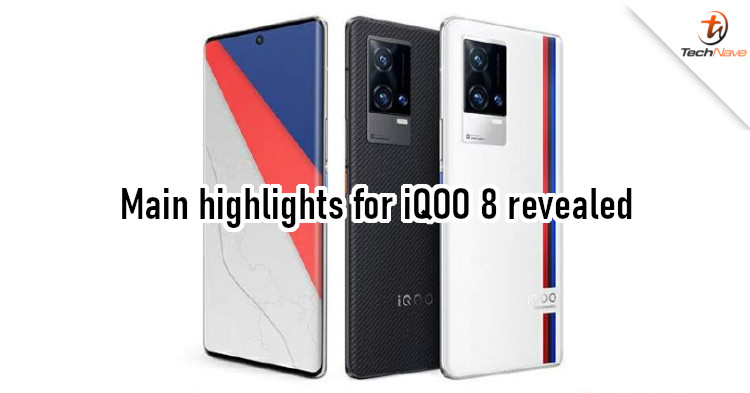 Back in June, iQOO announced that it was coming to Malaysia. It made many curious to see what the company would bring to our shores, with the iQOO 8 likely the first device to launch here. Now, some features for the device have been confirmed.

According to the source, the iQOO 8 is a smartphone targeted at mobile gamers. Specifically, the leaked teaser poster mentions "future e-sports flagship". What's interesting is that the teaser confirms that the phone will come with a Snapdragon 888+ chipset. It will also feature a 2K display, 120W fast-charging, and a triple-camera setup. In regards to the display, it's believed that iQOO will be using a larger 6.78-inch from Samsung. Previously, it has also been revealed that the phone will have up to 12GB of RAM, 4GB of virtual RAM, and 256GB of storage. Moreover, the phone is expected to have a 4500mAh battery and an under-display fingerprint sensor.

The iQOO 8 should be unveiled on 17 August 2021, though the Malaysia launch will probably be on a later date. Having said that, what do you think about it based on currently available leaks? Let us know in the comments, and stay tuned to TechNave for more news like this.