realme C17 found on Geekbench listing with Snapdragon 460 and 6GB of RAM! 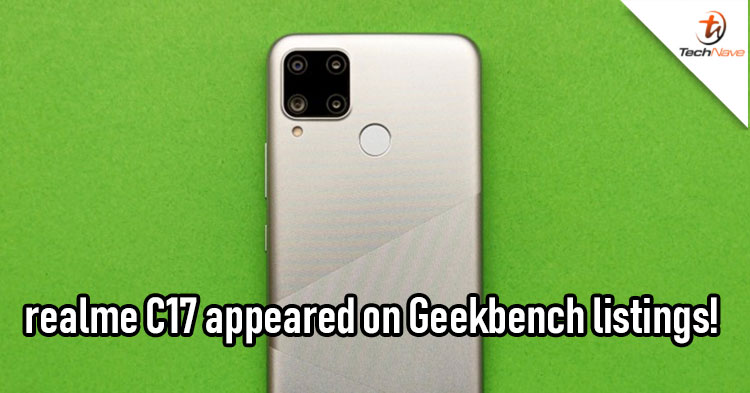 Recently, realme has been launching its smartphone lineups almost every single month. One of them is the new C-series members which last month, realme C11 and C12 have just been released in Malaysia, and now realme C17 is found on Geekbench listing.

According to the listing, the realme C17 is named as the RMX2101 model coming with the entry-level Snapdragon 460 with 6GB of RAM. By looking at the scoring board, the phone scored 253 points on a single-core and 1248 points on the multi-core test running on Android 10. 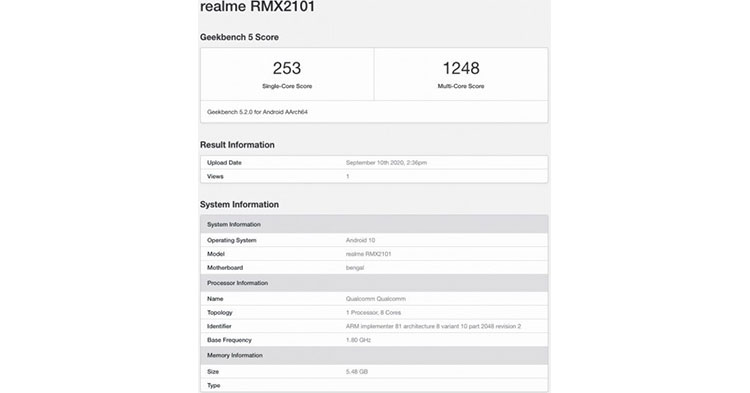 As for the battery, we’re expecting it to be having at least a 6000mAh battery as huge batteries has been one of the main highlights of the C-series since realme C3. Besides Geekbench, it also appeared in Indonesia’s Sertifikasi, TDKN, and Thailand’s NBTC certifications as well.

With that said, there’s still not much information on the tech specs and release dates for the realme C17, so do take this with a pinch of salt. But let us know ta our Facebook page what’s your expectation on this device? Stay tuned for more tech news updates on TechNave.com