When the realme C3 was first introduced in Malaysia for the price of RM499, it came with various notable tech specs such as a triple camera setup in the rear as well as a 5000mAh battery. Even though it is considered a budget smartphone, it comes with various notable features such as reverse charging, a 6.5-inch display and more.

But that’s not all, realme also mentioned that the realme C3 is also quite a capable gaming smartphone as well thanks to the MediaTek G70 chipset and the large battery mentioned above. Let’s take a closer look at the aforementioned smartphone, and determine how well it performs during our tests.

Design - The Matte finish at the back makes the phone look more premium! 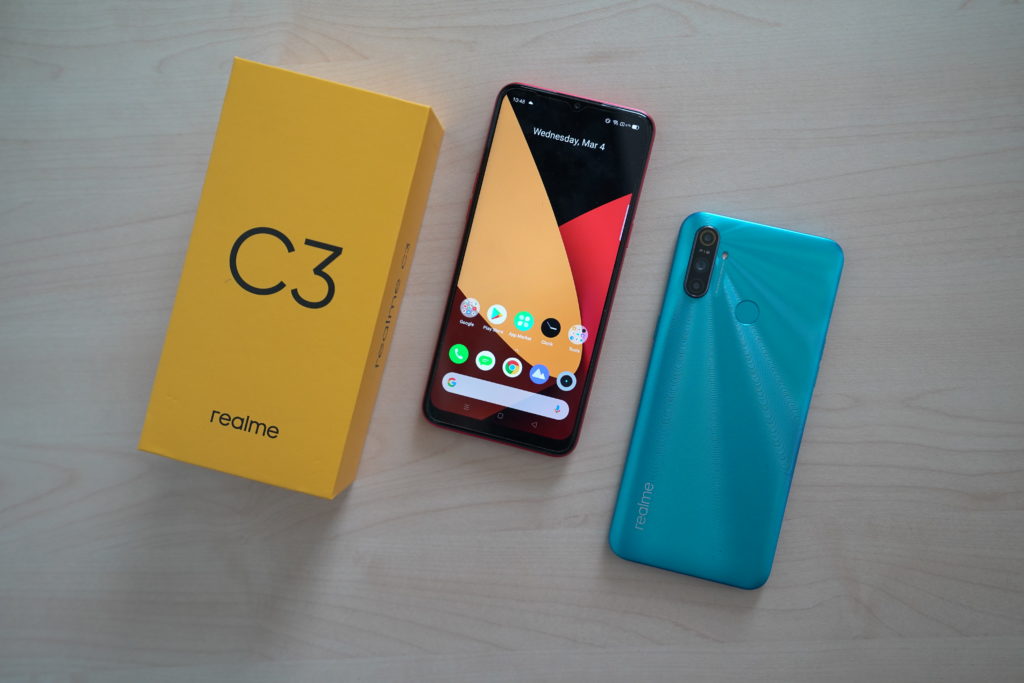 The realme C3 box alongside the C3 smartphones! 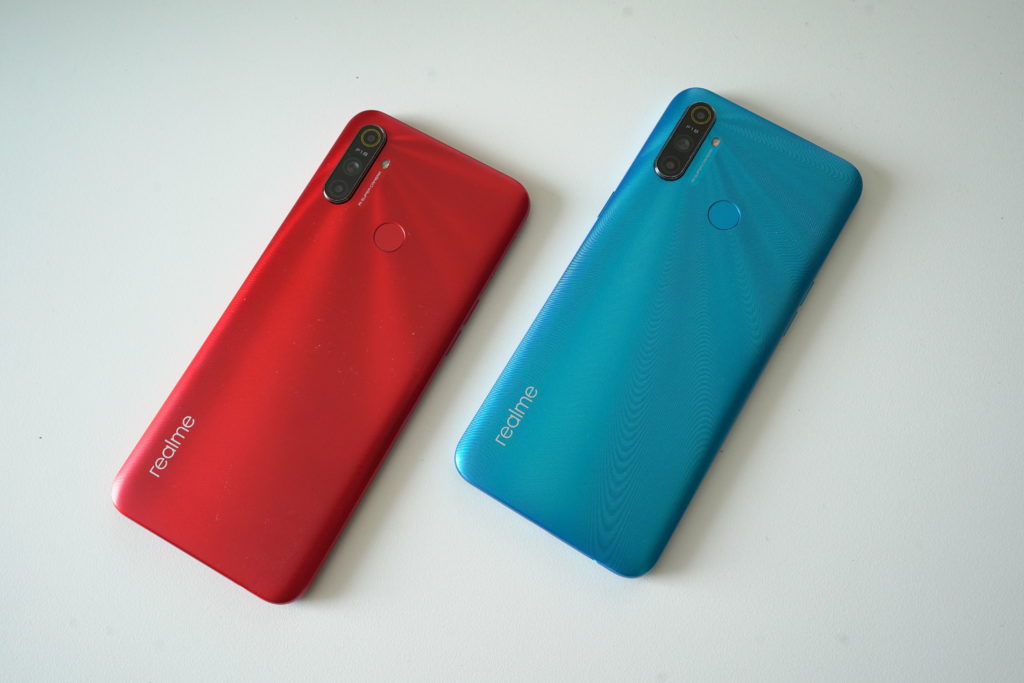 Look at the matte finish at the back! 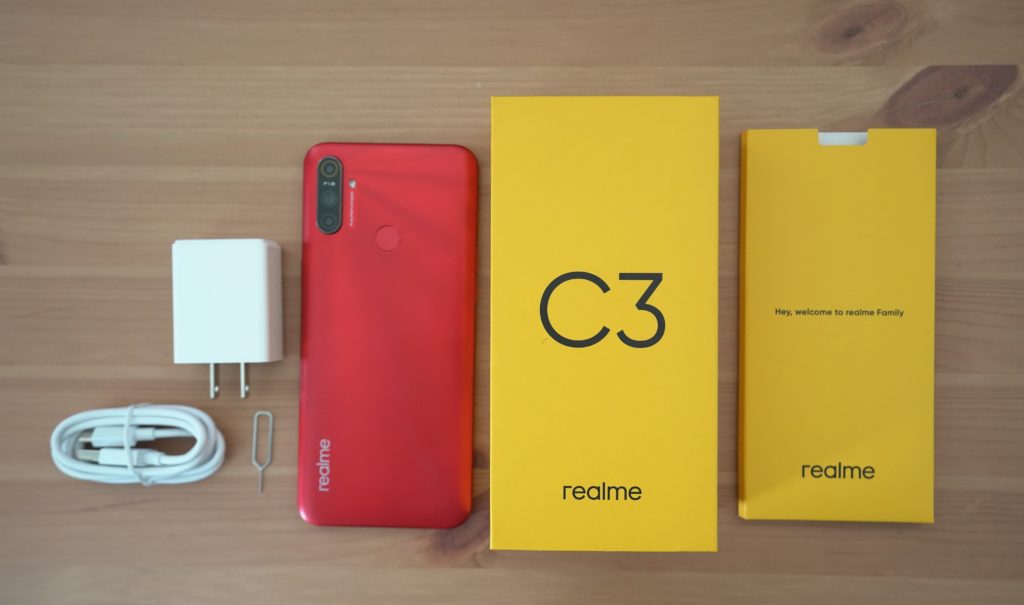 Here's what you get out of the box

Starting off with the appearance, the realme C3 comes in either Frozen Blue or Blazing Red, both of which look very attractive. While the design of the back looks fairly common, the C3 comes with a matte back which makes it look much more attractive and unique compared to other smartphones that sport a similar design.

Furthermore, the matte back not only helps users who tend to have sweaty hands grip onto the device better, but it is also much more resistant to scratches and it rarely attracts fingerprints. At the front of the smartphone, you’ll see that it comes with a dewdrop notch and thin bezels along the sides of the display. 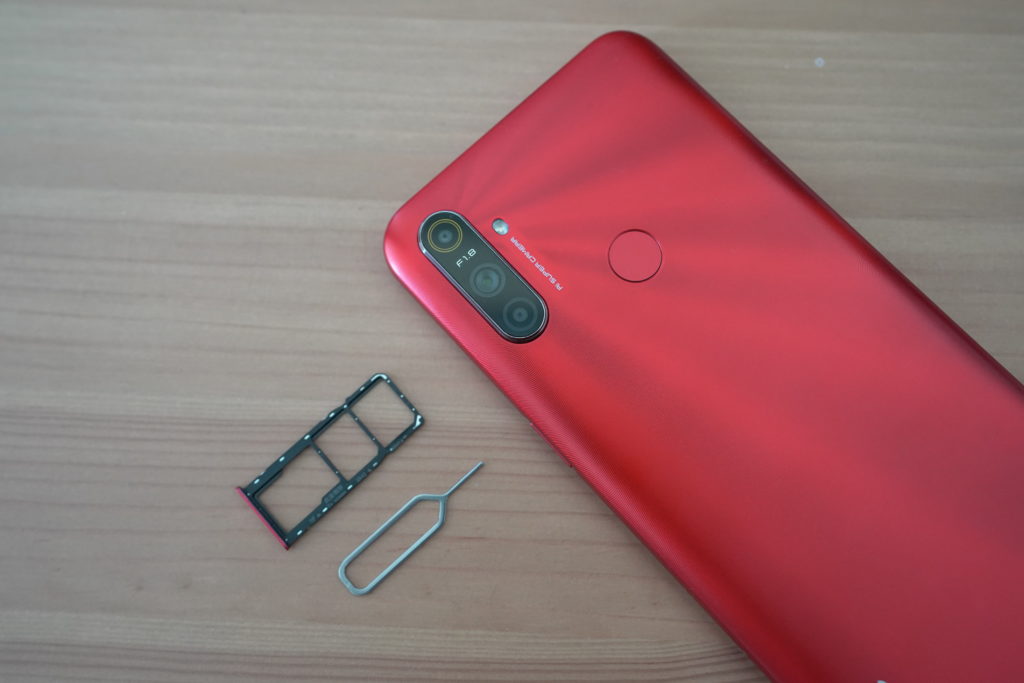 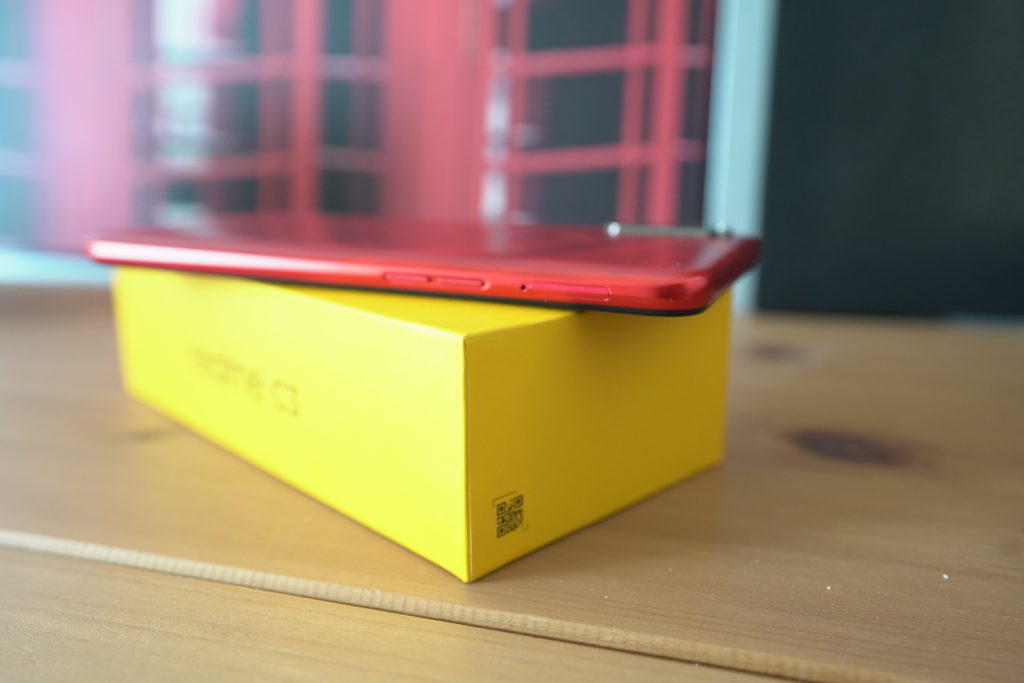 Volume rocker and SIM tray slot on the left 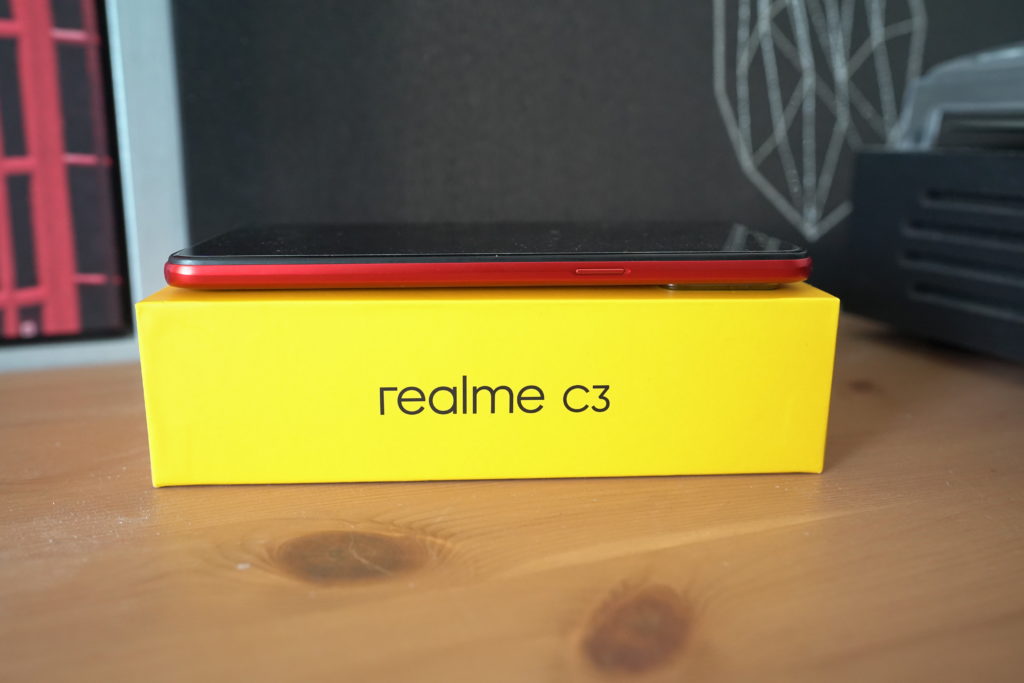 Lone power button on the right side

If you look at the sides, you’ll see that the volume rocker is situated on the left side right under the SIM tray (which holds two Nano SIM and a single MicroSD card) while the right is where you will find the power button. In addition to that, at the bottom, you’ll be pleased to know that the device comes with a 3.5mm audio jack slot, MicroUSB as well as a bottom-firing speaker grill.

In terms of the tech specs, the realme C3 comes equipped with the Helio G70 chipset, 3GB of RAM, 32GB of internal storage which is expandable to 256GB, and a 6.5-inch HD+ display with a screen-to-body ratio of 89.9%. Not only that, it comes with a whopping 5000mAh internal battery which is quite large considering its price and it supports reverse wireless charging which allows it to charge other smartphones as if it is a powerbank. 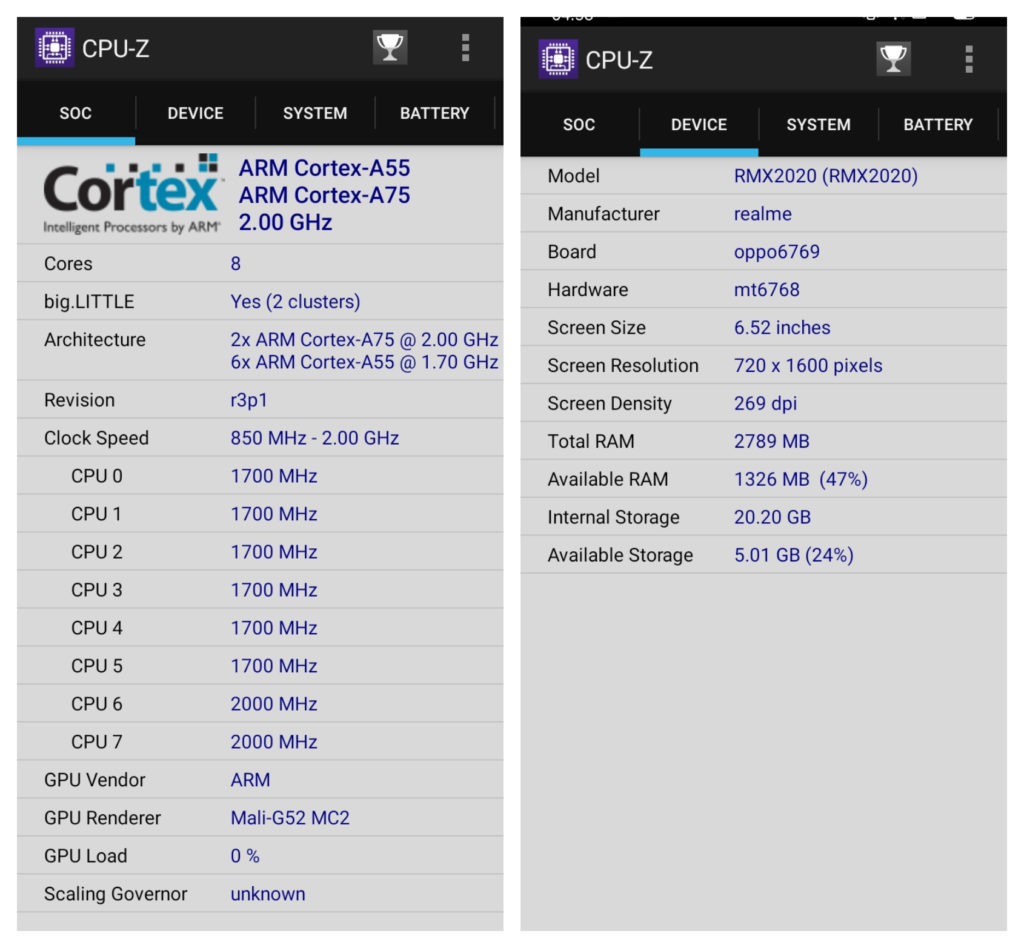 Details that are listed on CPU-Z 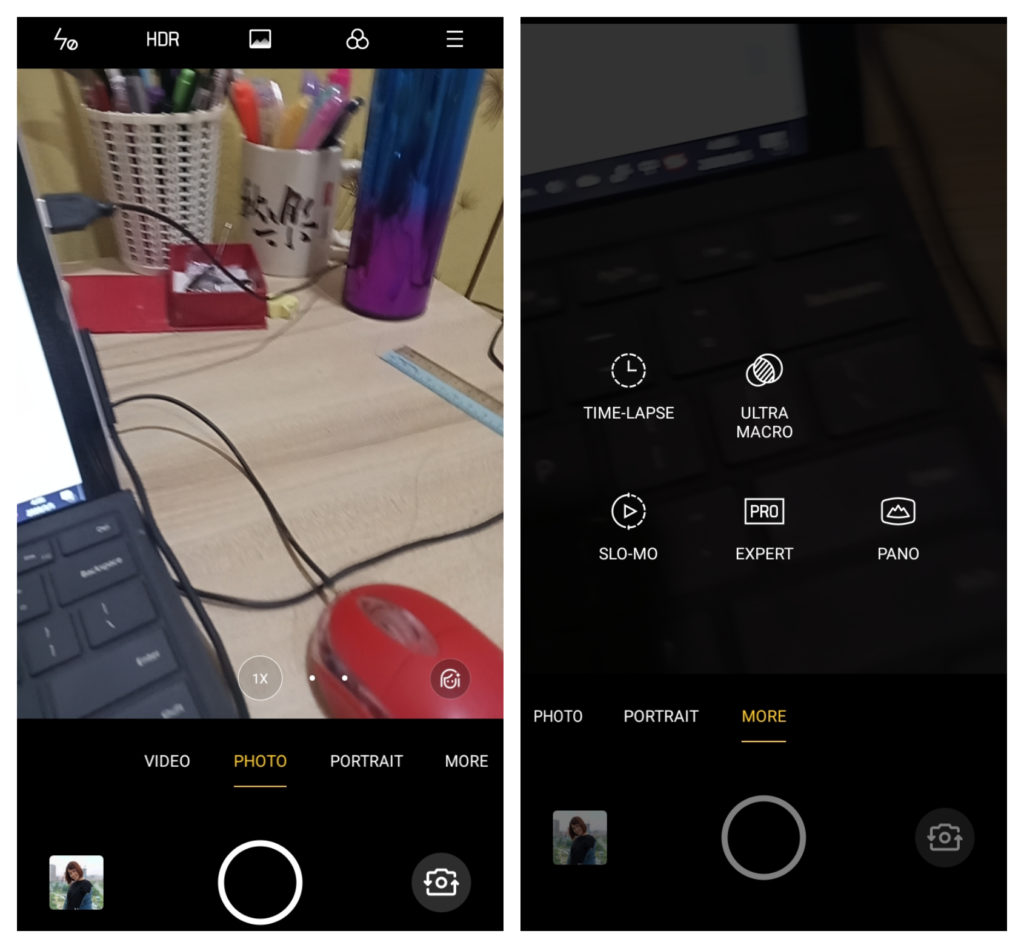 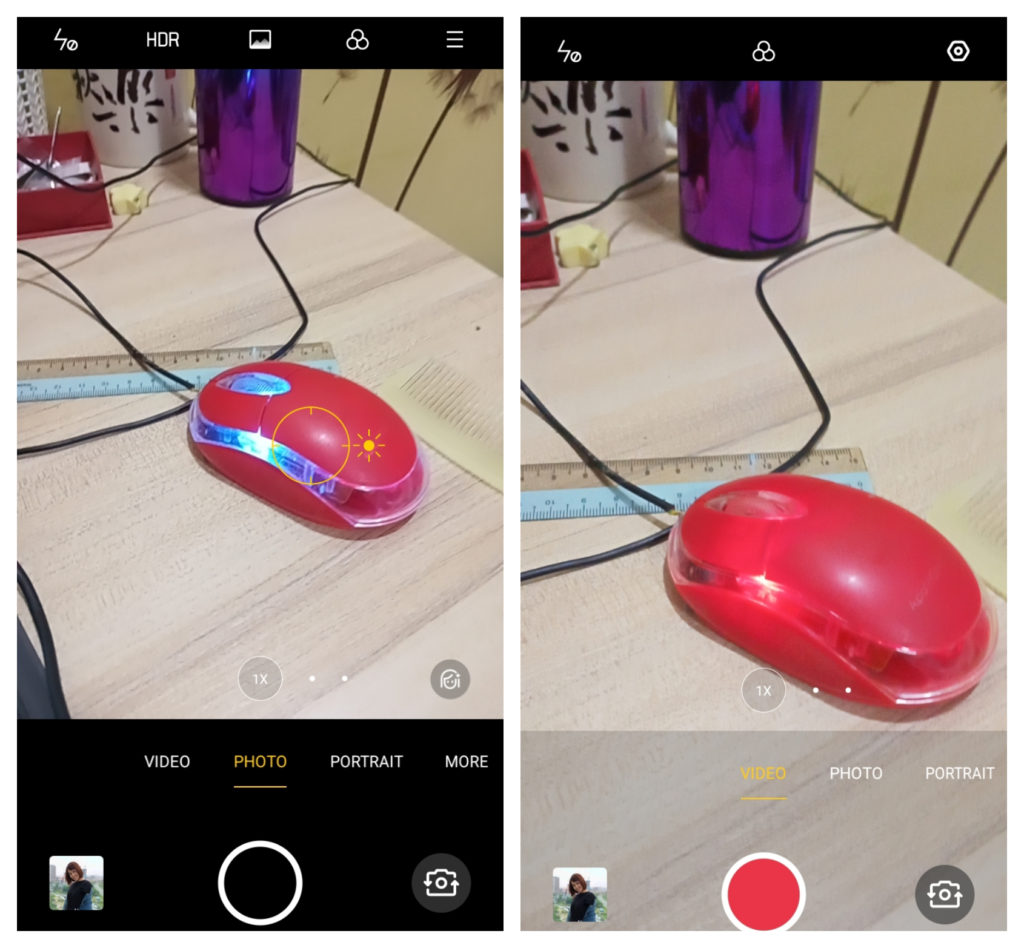 Switching to video causes the camera to zoom in a little

Camera-wise, the phone comes equipped with a 12MP + 2MP + 2MP triple camera setup in the rear while the front has a 5MP front-facing selfie camera. The cameras are able to support up to 5x digital zoom as well as the ability to take macro pictures as close as 4cm.

It also comes with the Game Space which provides the user with various functions such as Do Not Disturb mode, voice modulation, screen recording and more. As for the security aspect, the realme C3 lets the user unlock via face unlock, fingerprint unlock, or by a user-determined pin. 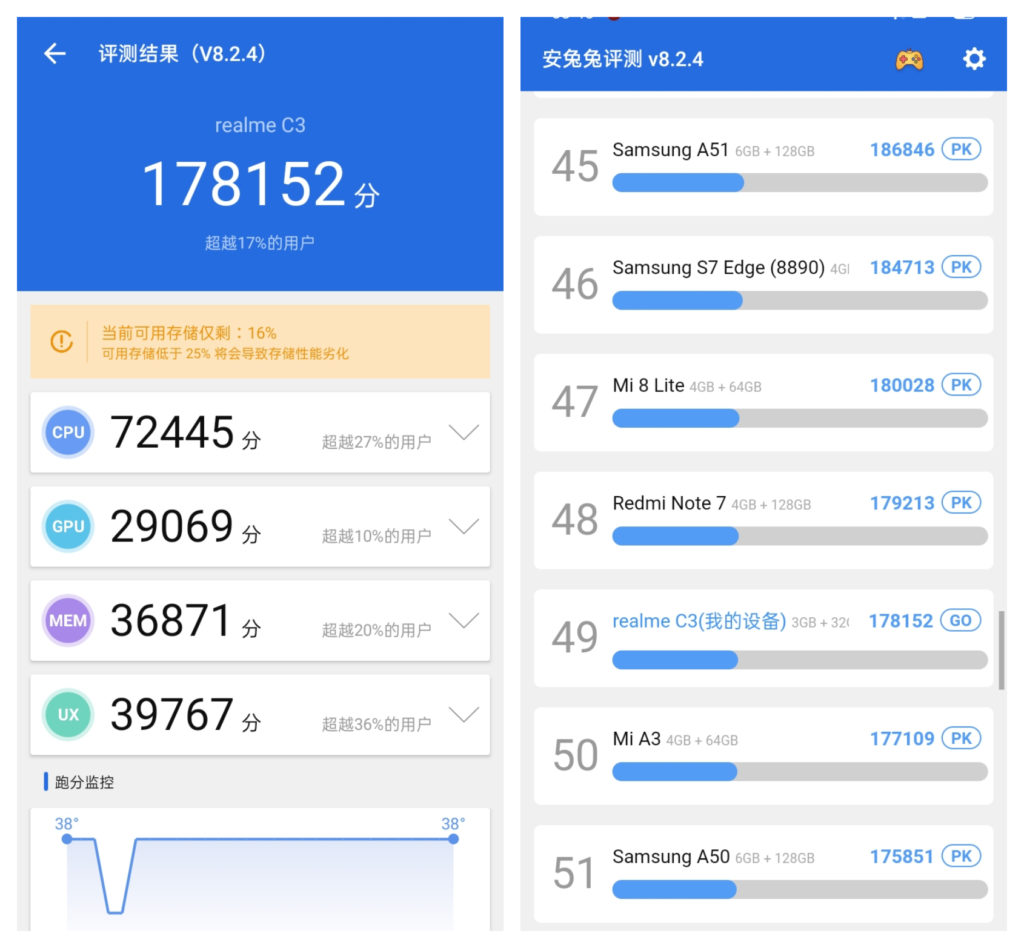 The realme C3 which is equipped with the MediaTek G70 chipset scored around 178152 points on AnTuTu, ranking it at 49th place which is not too shabby if you take into account that the device costs less than RM500. When testing it on 3DMark, it scored around 1189 points on OpenGL ES 3.1 and 1171 points on Vulkan.

When playing Mobile Legends: Bang Bang, the device managed to run it smoothly even during an intense match. However, I did notice a slight delay whenever I was in the menu screen of the aforementioned game.

Furthermore, the device also tends to lag whenever I press the shutter button while taking a picture which can be quite annoying because I’ll end up missing the opportunity to take the perfect shot. The 5000mAh battery of the smartphone is likely the biggest highlight of the realme C3 due to the fact that the battery is more than capable of lasting up to 3 days on a single charge.

Unfortunately, the device only comes with 10W charging which means that fully charging the large battery might take up to 2 hours. However, it does come with the reverse charging feature which can be used to charge your friend or family’s smartphone in case of an emergency. It’s also a great conversation starter when you’re trying to pick up a date at a bar (winky face).

The speaker on the smartphone not only sounded clear, but it also does not exhibit any crackling sounds when played at the highest volume. However, if you are playing mobile games, I highly recommend connecting either a pair of wired or wireless headset.

This is due to the fact that when mobile gaming, the placement of your palm will sometimes end up obstructing the speaker grill resulting in muffled audio. Finally, onto the photo-taking performance, the realme C3 is able to take great pictures with sufficient lighting.

Unfortunately, the colour reproduction of some pictures may not be as good and the low megapixel-count causes some pictures to look not as sharp. While the device does not come with a dedicated night mode, it still performed okay-ish as long as the environment is not too dark. Let’s have a look at the pictures taken using the realme C3. 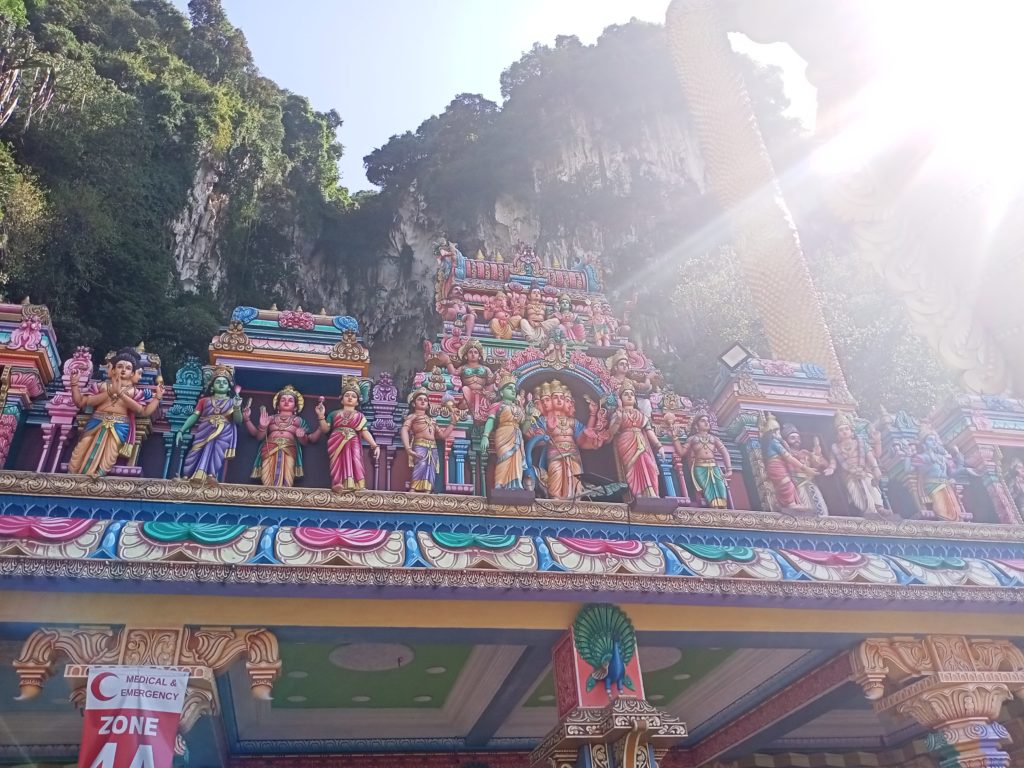 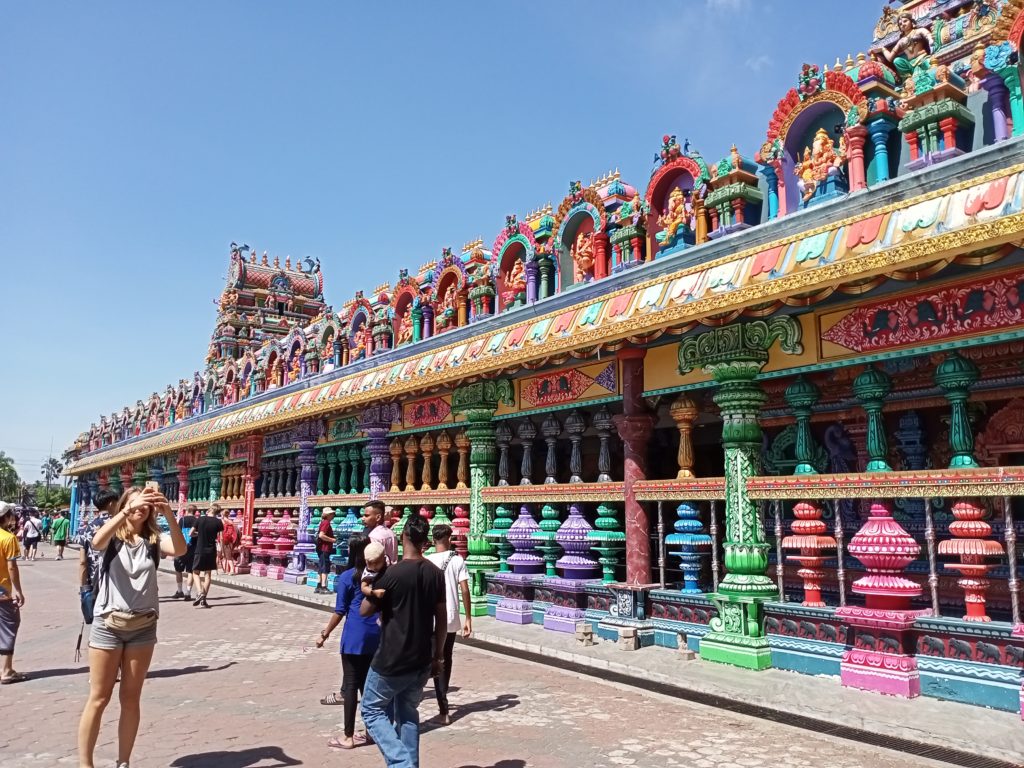 Using the main camera, the colour and the sharpness of the picture looks decent 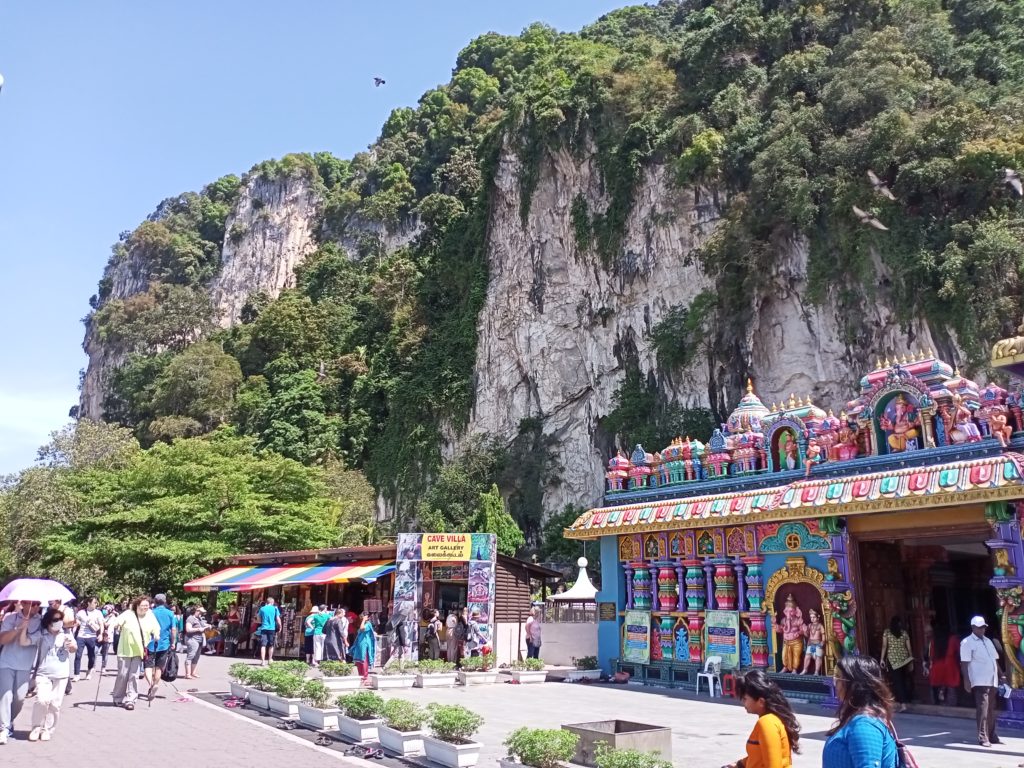 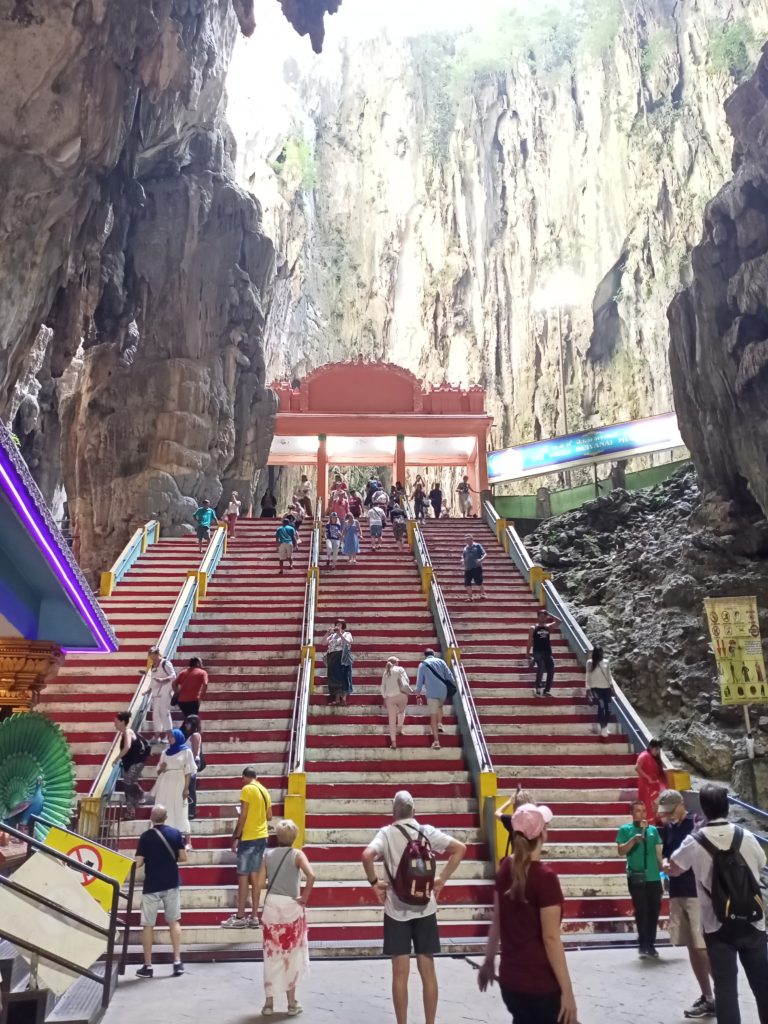 Here's where the quality drops slightly 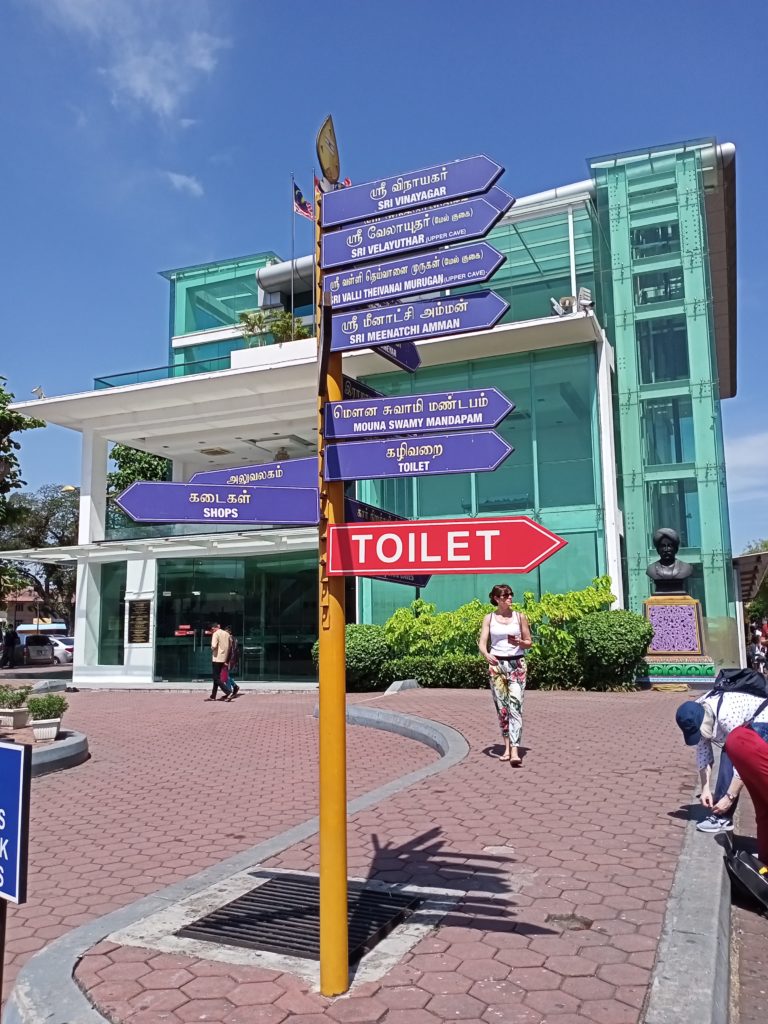 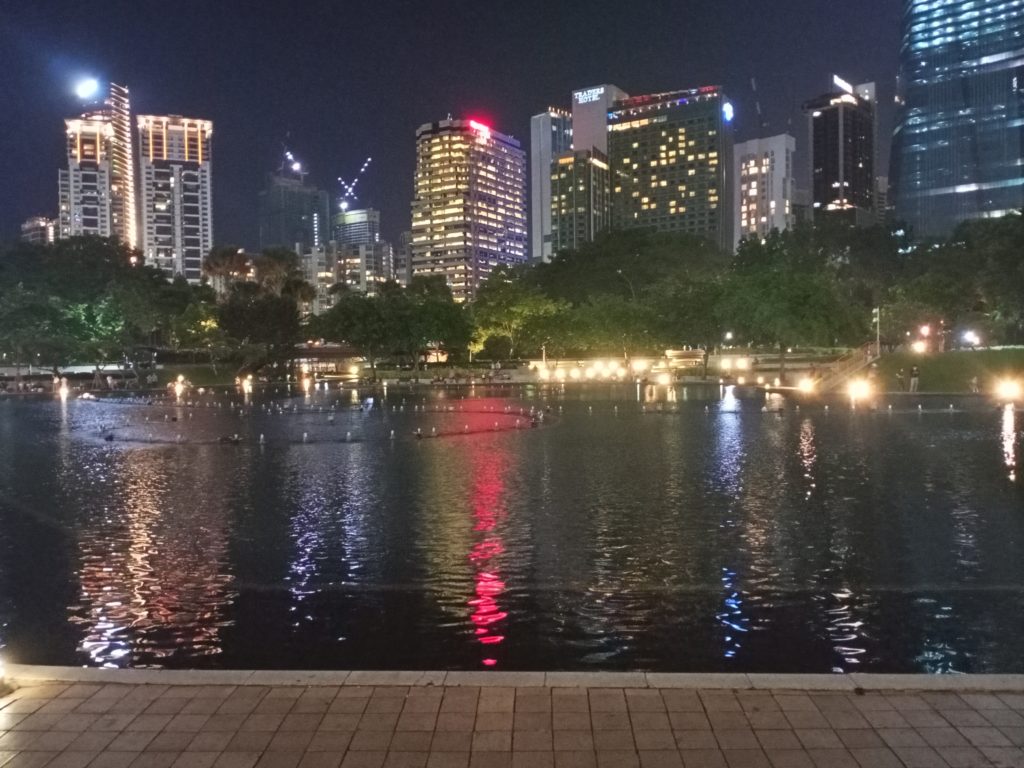 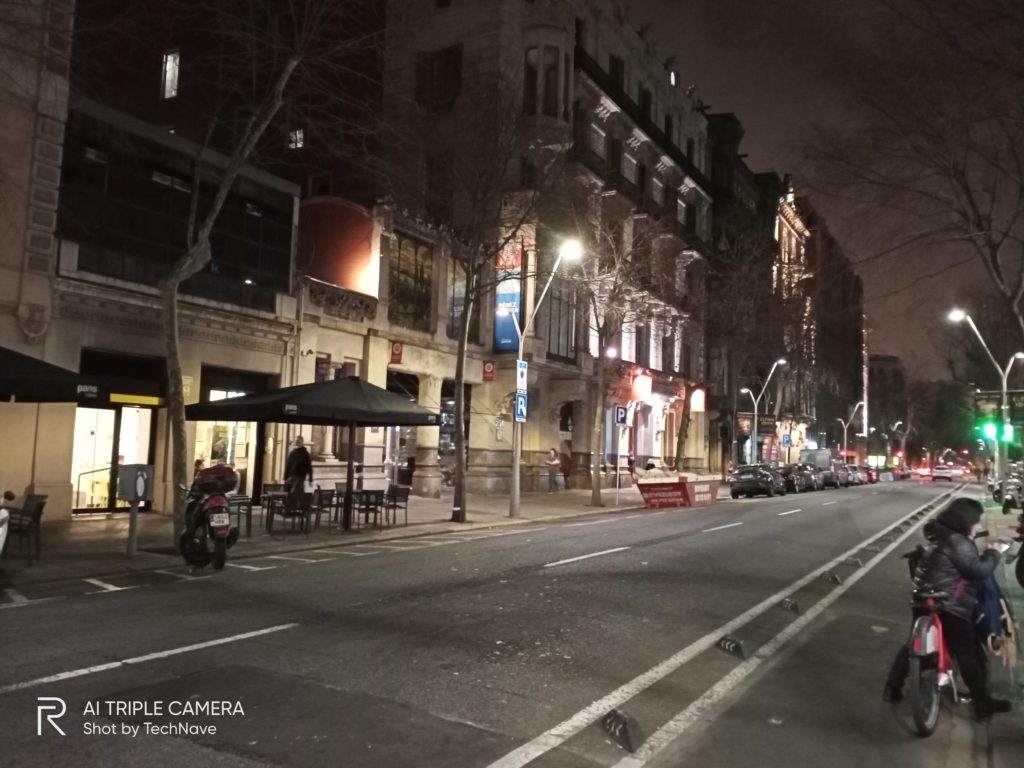 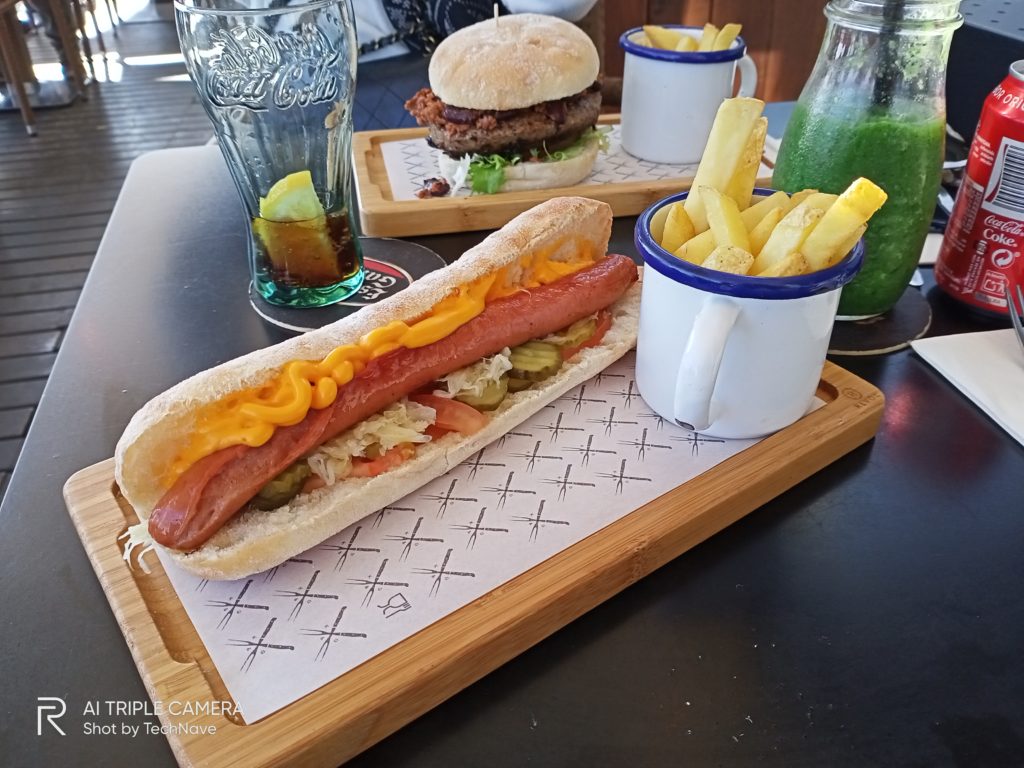 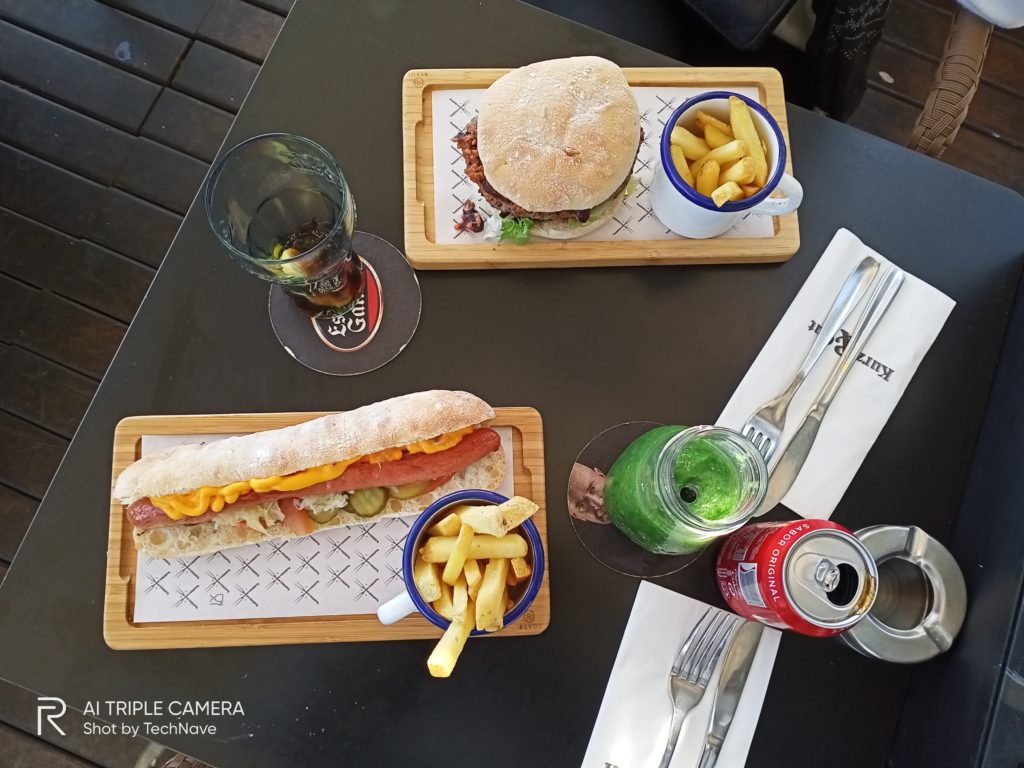 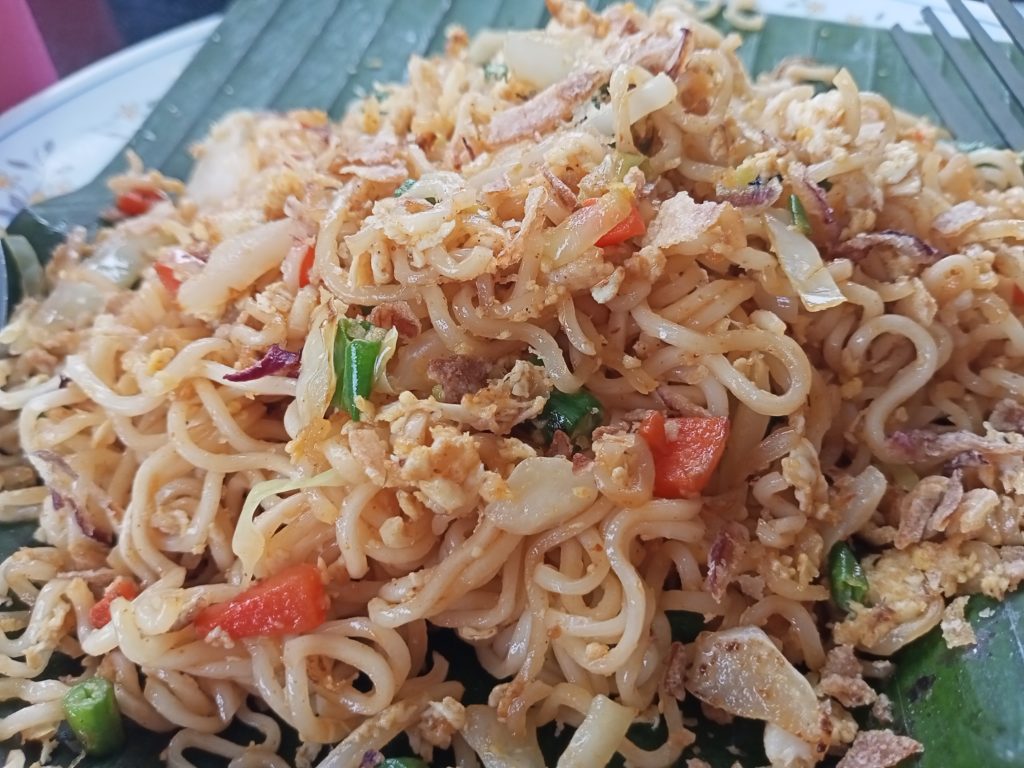 Nothing beats Maggi Goreng in the afternoon! 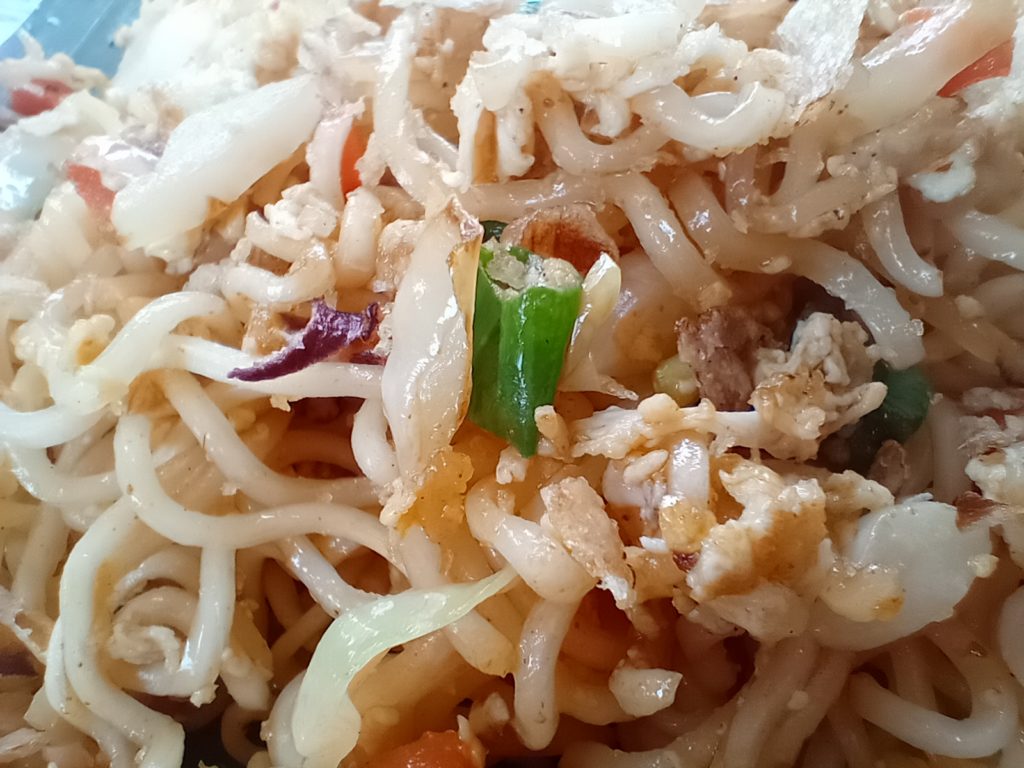 Macro shot of the Maggi Goreng 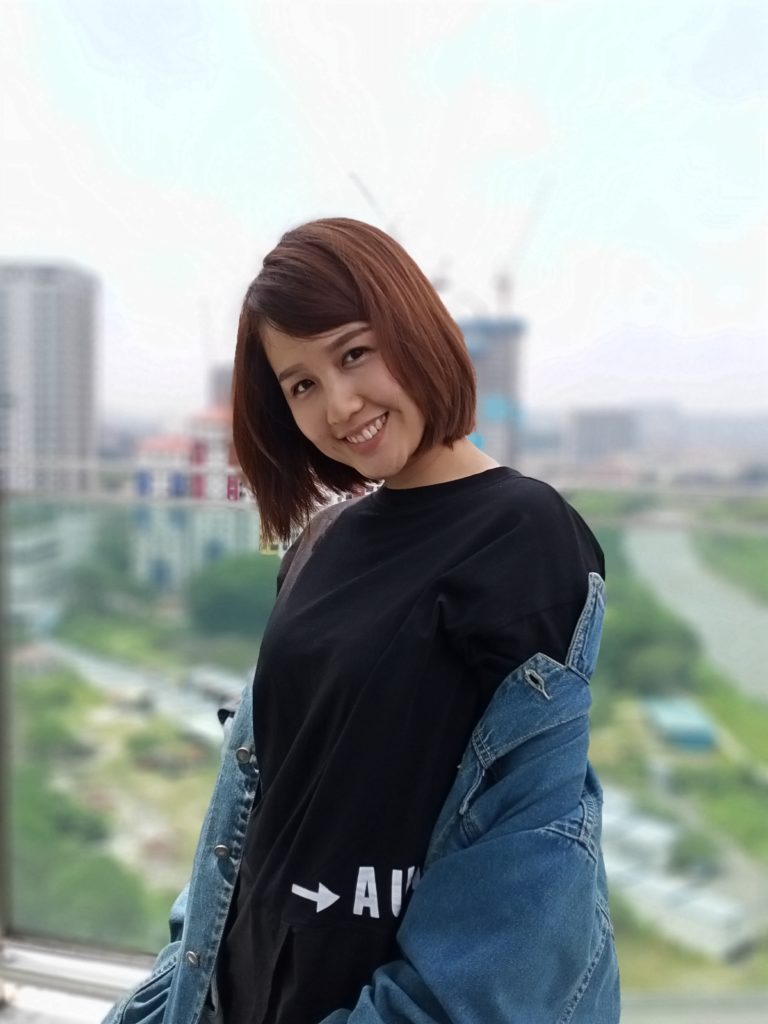 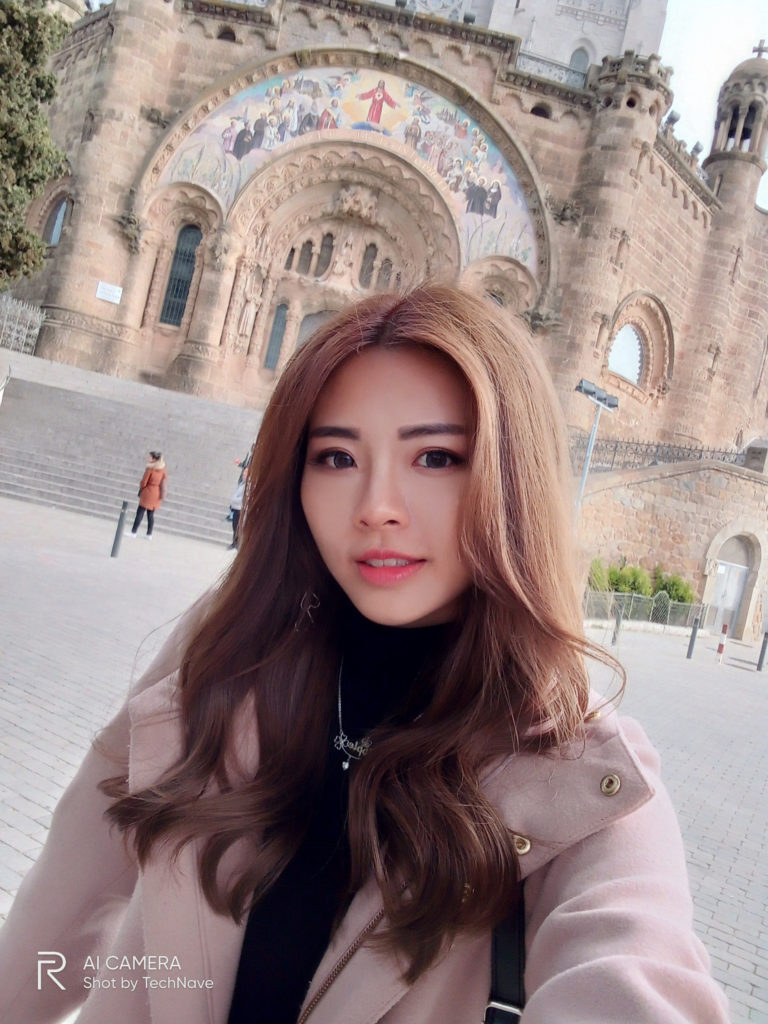 For a smartphone that costs only RM499, the realme C3 is actually not too bad if you take into consideration the price to performance ratio it provides. The phone will most likely be suitable for users who are looking for a phone that’s affordable, decent looking, performs well and has long battery life.

However, for the same price, you might also want to consider either the vivo Y11 or Xiaomi Redmi 8 as both come equipped with a 5000mAh battery. However, the Redmi 8 supports up to 18W fast charging which is much faster compared to the realme C3 while the vivo Y11 has a much better selfie camera.

With all that said, what are your thoughts on our review about the realme C3? Let us know on our Facebook page and for more updates like this, stay tuned to TechNave.com.