The realme C3 was recently launched in India and it is the first device to be powered by MediaTek’s Helio G70 gaming chipset. However, it looks like realme is releasing the device in a different form in another country. It is said that the realme C3 will be packing three cameras instead of two when it lands in Indonesia.

In India, the people are getting the realme C3 with only two camera sensors, with one being a 12MP primary sensor and another one being a 2MP depth sensor. Alternatively, the official realme page of Indonesia has revealed the device will be getting an additional camera sensor in the country, but the function of it hasn’t been confirmed yet. 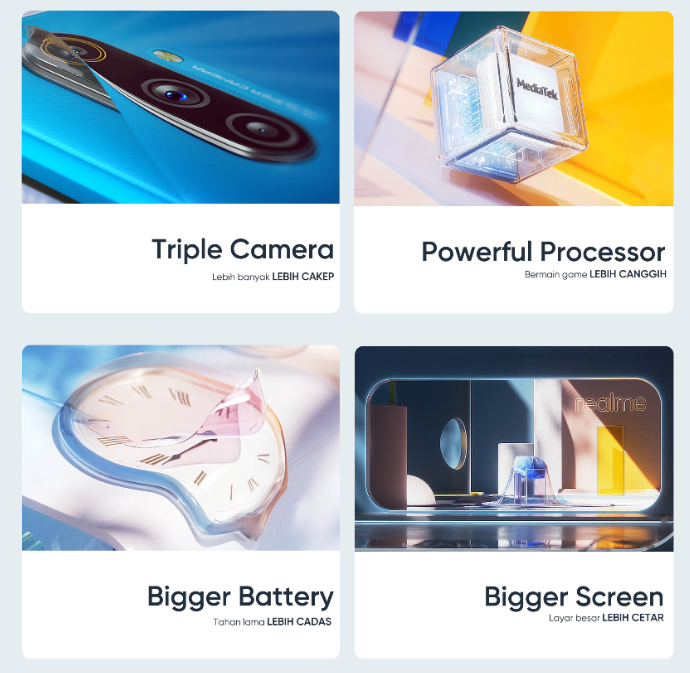 The page also revealed other tech specs of the Indonesia variant realme C3 including a bigger battery and a bigger screen. It is still unsure whether the specs will be the same as the realme C3 in India since it already packs a huge 5000mAh battery. The realme C3 will be launched in Indonesia on 19th February 2020 at 3:00 p.m. (West Indonesian Time), let’s see what other changes the device is going to bring.

Let us know what you think about the Indonesia variant realme C3 on our Facebook page. Stay tuned to TechNave.com for more smartphone updates.