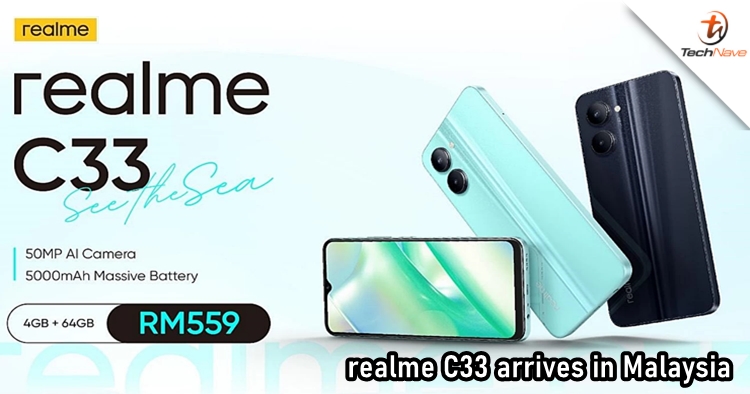 The realme C33 announced earlier has arrived in Malaysia. With tech specs like a 50MP camera and 5,000mAh battery, the device is no doubt a good catch in the entry-level phone segment. Now, let's have a recap on the other things the realme C33 offers.

The device is equipped with a 6.5-inch LCD screen with a screen-to-body ratio of 88.7%. Under the hood, it packs a Unisoc T612 chip alongside 4GB of RAM and 64GB of internal storage. Meanwhile, the battery only supports 10W charging, and it charges through a microUSB port. 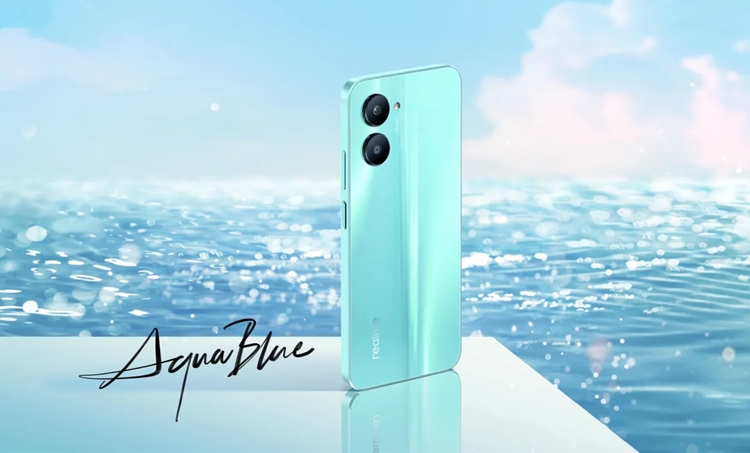 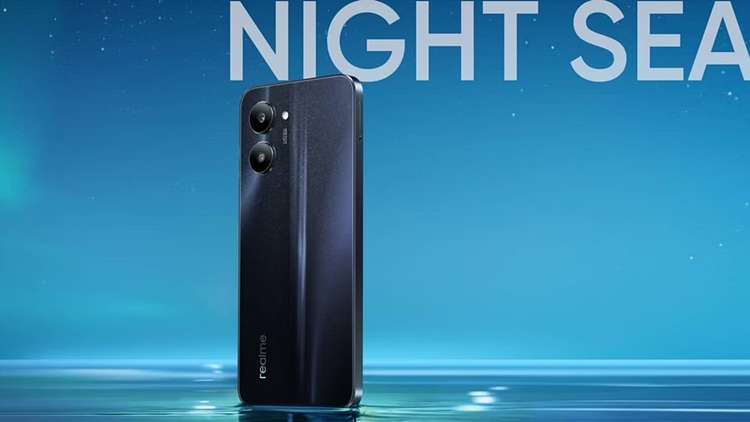 Furthermore, the realme C33 brings a dual-camera setup on the rear, consisting of a 50MP primary camera and a 2MP macro unit. The front uses a 5MP sensor for selfies and video calls. Other features include a side-mounted fingerprint scanner, dual SIM slot, Bluetooth 5.0, realme UI S based on Android 12 and more.

The realme C33 will be available at RM559 with two colour options - Aqua Blue and Night Sea. It will start selling on 7 October through online stores and authorized realme distributors. Stay tuned to TechNave.com for more local smartphone launches.