f realme Flash will be the first Android smartphone to have a magenetic wirelesss charging! | TechNave

Current Location: Home > News > realme Flash will be the first Android smartphone to have a magenetic wirelesss charging!

realme Flash will be the first Android smartphone to have a magenetic wirelesss charging! 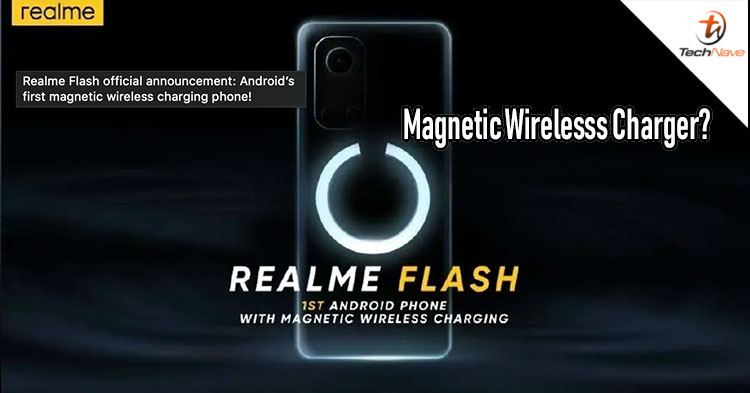 It’s the month of August again, in between January to March and August to October each year, there are usually new smartphones from different manufacturers. Last week we reported about the realme 8s, today, the company revealed the upcoming realme Flash on their official Weibo account. 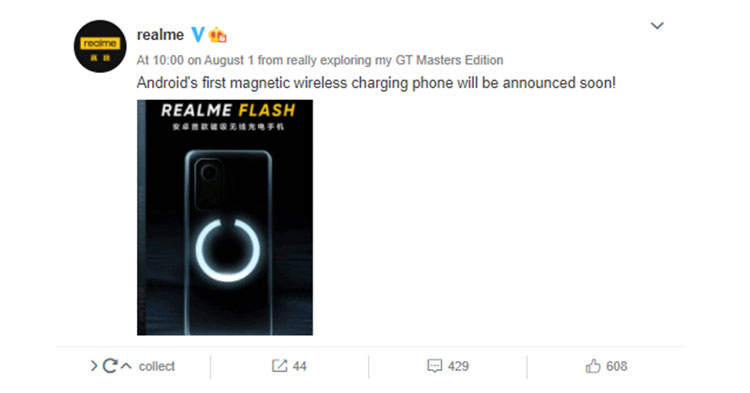 According to reports, the realme magnetic wireless charger for the Flash model is very thin and light that supports up to 15W charging. The phone will also come with a built-in fan to ensure an effective charging speed while it also supports other magnetic accessories like magnetic cardholders, magnetic radiators and more.

In terms of tech specs, the realme Flash will sport the latest Snapdragon 888 chipset coupled with up to 12GB of RAM and 256GB of storage, It has a triple rear camera with USB Type-C connector running on realme UI 2.0 based on Android 11. As of now, there is still no official information on the tech specs and the actual release date yet, so do take this with a pinch of salt and stay tuned for more tech news updates on TechNave.com