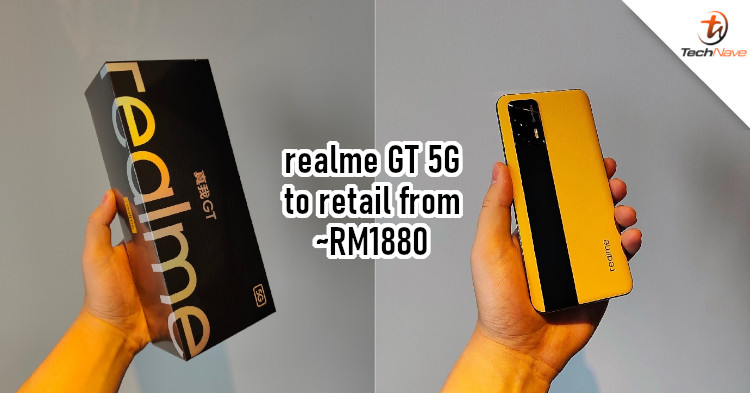 There has been a slew of news about the upcoming realme GT 5G smartphone lately. But nothing says "coming soon" as directly as a box reveal. Not only was the box design recently leaked, but we now know how much the base model could cost as well.

According to Gizmochina, former OPPO VP Brian Shen has been posting a series of images of the realme GT 5G on his Weibo. He showed off the box packaging and Bumblebee leather edition of the phone in real life. It's also confirmed that the device will run on Android 11 out of the box.

Besides that, a benchmark of the phone has appeared on Geekbench. As you can tell, this is the variant with the Snapdragon 888 chipset and 12GB of RAM. It's also expected to come with a Super AMOLED display with a 120Hz refresh rate, Dolby Atmos stereo speakers, and three cameras at the back. The realme GT 5G series retail prices will start from 2999 yuan (~RM1880).

This is going to be a rather powerful flagship that will be available for a relatively affordable price. But will you be interested in getting one of these over the other Snapdragon 888-powered flagships? Let us know in the comments, and stay tuned to TechNave for more news like this.