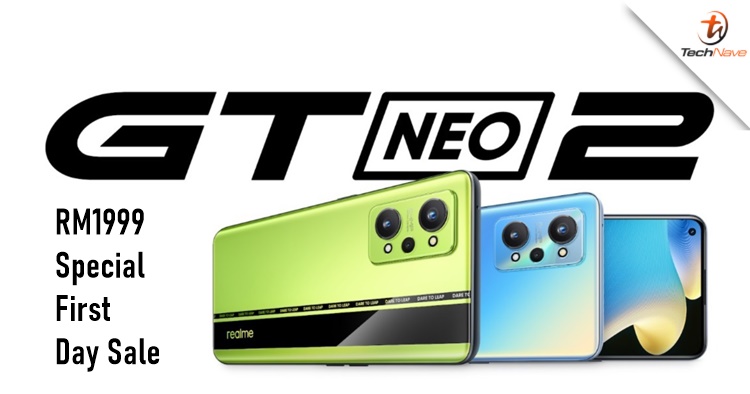 Today, realme Malaysia just launched not one, not two, but four new products in the Malaysian market. With the realme GT Neo 2 as the main highlight, there's also the Narzo 50i, C25Y and the long-awaited realme Pad tablet. Here's everything you need to know.

Starting with the realme GT Neo 2, our local set features a 12GB of RAM and 256GB of storage, Qualcomm Snapdragon 870 5G chipset, 5000mAh battery, a 64MP Triple Camera setup, a 6.62-inch 120Hz E4 AMOLED display and even a cooling system. As you can see, the phone also has a much teased NEO design alongside NEO blue.

Other notable features include a 65W SuperDart Charge technology which can charge up the phone to 100% in just 36 minutes. For entertainment, realme also integrated a pair of Dolby Atmos dual stereo speakers and you can also pump up the virtual RAM up to 7GB. The price is RM2099 but for its first sale on 11 November 2021, it will go for RM1999 at the realme Official Store Lazada and Shopee.

As for the rest, the devices were introduced before but you can check out below for the lists of highlighted features and price tags: