The realme GT Neo 2T had arrived in China earlier today. Instead of being similar to the realme GT Neo 2, the device is more of twins with the previous GT Neo by packing a MediaTek Dimensity 1200AI SoC, the same chip used by the OnePlus Nord 2. Therefore, the GT Neo 2T can be the alternative if you don't want to settle for OnePlus's offering.

Besides a MediaTek's chip, the device also sports a 6.43-inch AMOLED display with a resolution of 2400 x 1080 pixels, along with a refresh rate of 120Hz and a sensor response rate of 360Hz. For the battery, it brings one with a power of 4500mAh and offers 65W fast charging. 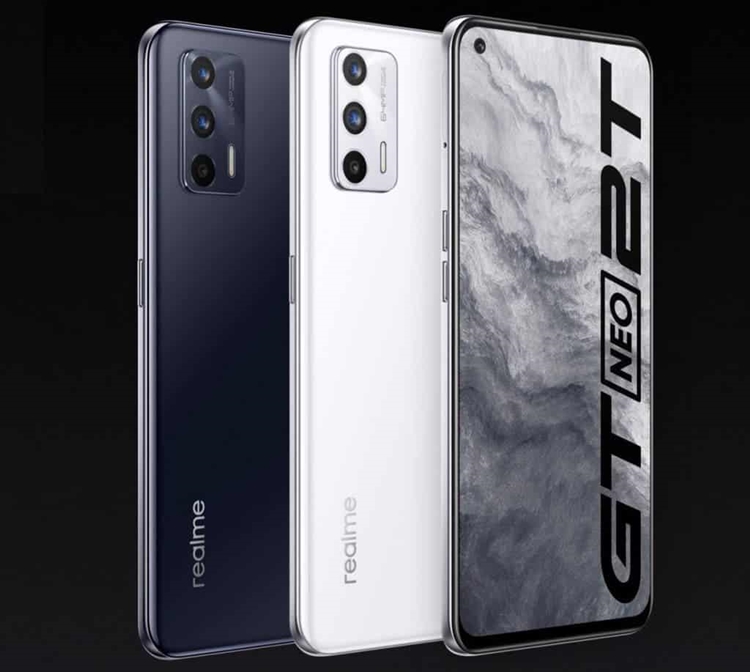 The camera department brings a triple setup on the rear with a 64MP primary sensor, an 8MP ultra-wide lens, and a 2MP macro lens. On the front, there will be a 16MP sensor housed in a punch-hole cutout located on the top left corner. The other tech specs include two SIM cards, Wi-Fi 6, Bluetooth 5.1, GPS, NFC, USB Type-C port, a 3.5 mm headphone jack, a line engine and a couple of stereo speakers with Dolby Atmos support.

What do you think about the newly launched realme GT Neo 2T? Drop a comment to let us know and stay tuned to TechNave.com for more smartphone launches.