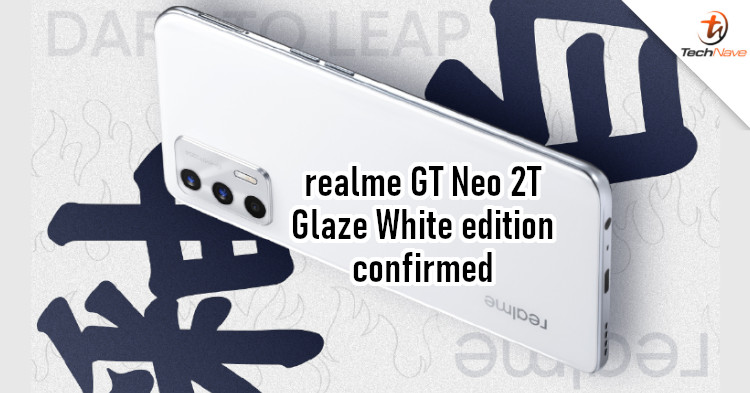 Recently, it was rumoured that realme has another GT series smartphone in the works. The company even confirmed that the realme GT Neo 2T will launch on 19 October 2021. Now, we're starting to get more details from realme about the device like the colours.

Earlier today, realme posted a render of the realme GT Neo 2T on Weibo. It revealed a pure white phone that allegedly has a ceramic body, and could be a second variant of the model. This is because the launch teaser from yesterday showed that the designer is LI-NING, a sports apparel brand in China. In our opinion, a ceramic body is more classy than sporty, so there could be at least two variants of the realme GT Neo 2T. 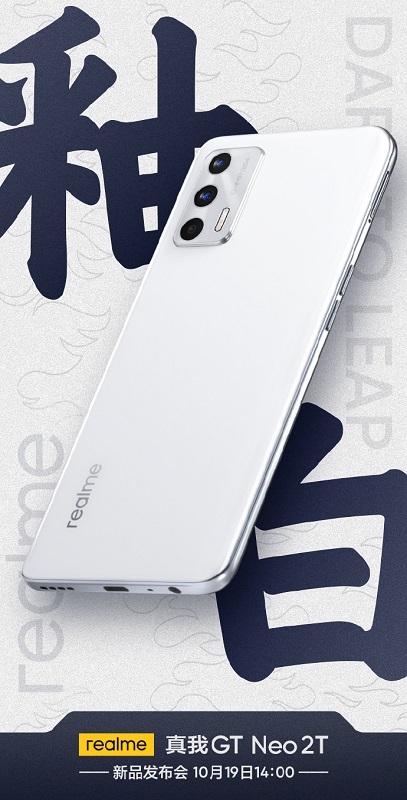 In terms of tech specs, this phone is expected to come with a Dimensity 1200 chipset, up to 12GB of RAM, and up to 256GB of internal storage. It should also have a 64MP main camera, 6.43-inch AMOLED display with a 120Hz refresh rate, and an under-display fingerprint reader.

From what we can tell, this model seems to be targeted at those who want a fancy looking smartphone. Would that be something you'd be interested in? Let us know in the comments, and stay tuned to TechNave for more news like this.