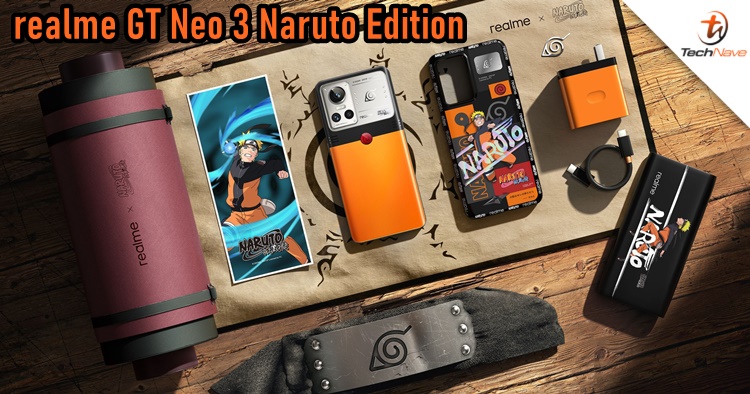 As previously reported, realme did actually unveil a real realme GT Neo 3 Naruto Edition. Just like the teaser that we showed yesterday, the design is exactly as advertised but even cooler than we thought.

In case you're wondering, the Naruto Edition and the standard realme GT Neo 3 have exactly the same tech specs as expected. With this, it only leaves the unique design. As you can see in the photos, the back cover mimics Naruto's trademark orange jumpsuit, whereas the iconic Hidden Leaf Village logo appears beside the triple rear camera module. The realme x Naruto trademark is placed below the logo. 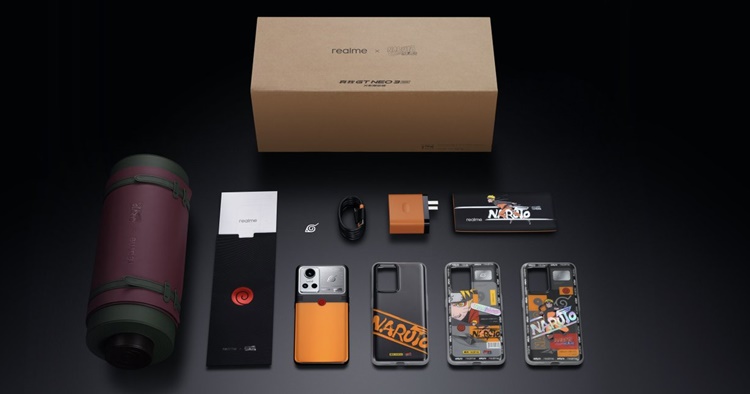 Instead of coming in a box just like every special edition phone, the Naruto Edition actually comes with a Naruto Scroll Bag! From the looks of it, we aren't sure if it's just for display and you can put things inside. It looks like there are some photos of Naruto as well as a special Hidden Leaf Village SIM pin tool, an orange charger and a USB C charging cable. There are three different phone covers too.

The Naruto Edition is launched in the Chinese market at the price of 2799 Yuan (~RM1829) for the 12GB + 256GB variant. realme Malaysia also did somewhat tease about the phone on its Facebook page, so we think that there's a high possibility that it's coming here too (hope we aren't wrong lol).

But what do you think of the design? Let us know in the comments below and stay tuned for more trending tech news at TechNave.com.