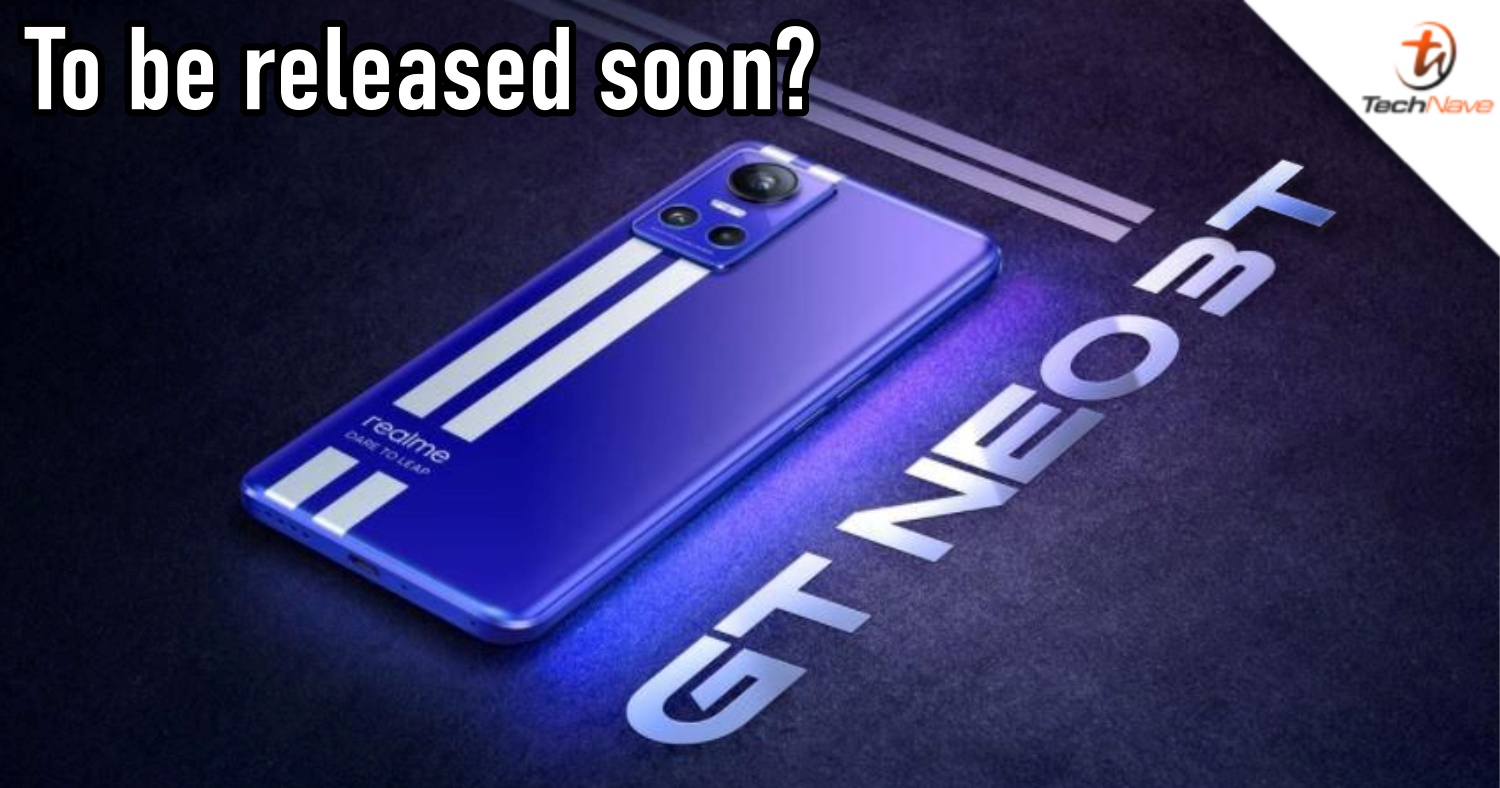 Fresh off the release of the GT Neo 3 last month, another variant of the realme smartphone may make its debut soon - the realme GT Neo 3T. Spotted getting certification by NBTC, the certifying authority body in Thailand, the device is poised to be released some time in the near future.

In the NBTC certification, the device was given the model number ‘RMX3371’ with its official name, realme GT Neo 3T written in parentheses. The full device certification can be viewed via MoCheck, a Thailand tech website. 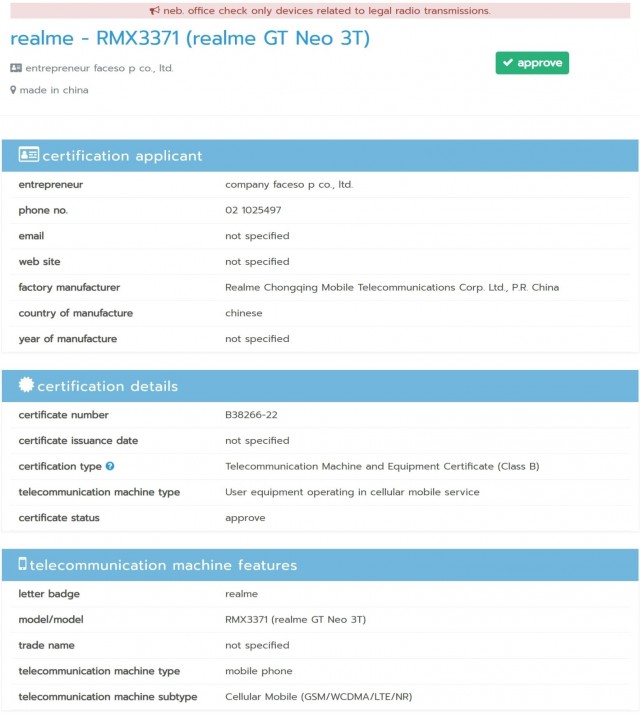 However, the certification didn’t actually reveal much regarding the upcoming device, other than the manufacturer, device type and certification number. Nevertheless, another website, Volza shed a couple of spec details of the upcoming phone: a 6.5-inch display and a 256GB storage capacity.

Volza listed the GT Neo 3T as being imported for the Vietnamese market, alluding that the device will be made available in other countries than Thailand. Well, no confirmation has been given just yet regarding this, so we just got to wait for official announcement by realme.

What do you guys think? Share your thoughts with us in the comments below and as always, do stay tuned to TechNave for trending tech news such as this!