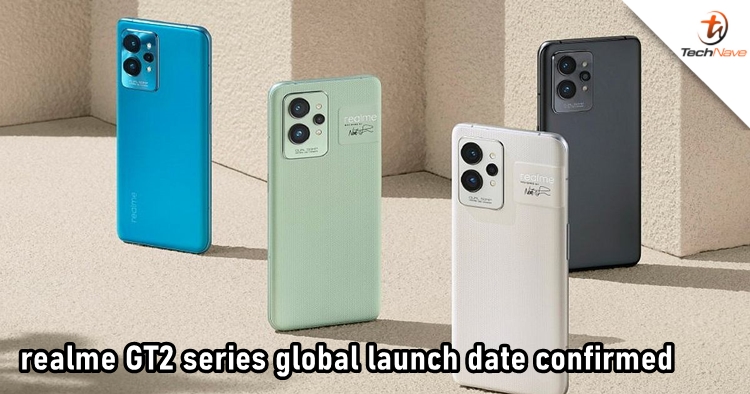 Other than just announcing the realme 9 series in India today, the brand has also revealed the global launch date of the realme GT2 series. If you didn't know, the GT2 and GT2 Pro launched in China last month, and they're some powerful devices that pack top-of-the-line tech specs.

Previously, a well-known tipster has shared a few images hinting that the "world premiere" of the Realme GT2 series will take place in March 2022. Until now, the company has finally dropped the date, which is on 28 February 2022. Therefore, the March timeline could be for the flagships to go on sale.

To recap, the vanilla realme GT2 packs a Qualcomm Snapdragon 888 SoC, while the Pro variant utilizes the latest Snapdragon 8 Gen 1. Other impressive features include a 120Hz display, 5000mAh battery that supports 65W fast charging, a 50MP camera (two for the Pro), 12GB RAM, and more.

Are you excited about the arrival of the realme GT2 series in the global market? Drop a comment to let us know how you feel, and stay tuned to TechNave.com for more smartphone news.