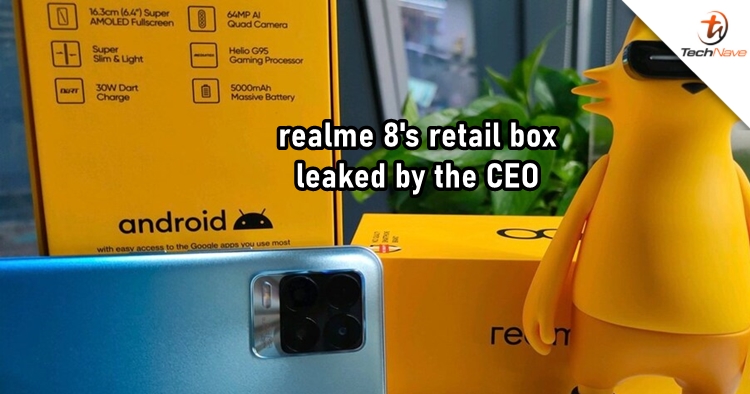 The realme 8 series is no doubt coming soon after being teased by CEO of realme India to have a 108MP camera and spotted in the hands of a Bollywood star. Today, the CEO Madhav Sheth went on to post a picture of the device alongside the retail box that reveals some of the key tech specs.

Looking at the image shot on realme 8 Pro, the retail box of the vanilla realme 8 shows that the device will feature a 6.4-inch Super AMOLED display and is powered by a MediaTek Helio G95 SoC. It will also sport a quad-camera setup that comes with a 64MP primary sensor. Furthermore, the box also mentions a 5,000mAh battery which supports 30W Dart Charge fast charging. 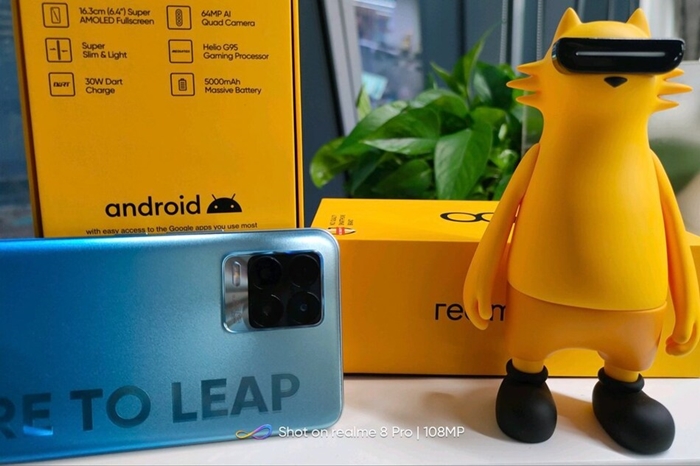 For now, it is unsure that if the realme 8 Pro will bring much different tech specs other than a 108MP camera. It is claimed that it will be using Samsung's HM2 camera sensor and support a list of features such as Starry time-lapse video and three distinct portrait modes. However, some of these features are also likely to be included in the standard variant.

Let us know what you think about the tech specs of the realme 8 on our Facebook page. Stay tuned to TechNave.com for the latest smartphone rumour.