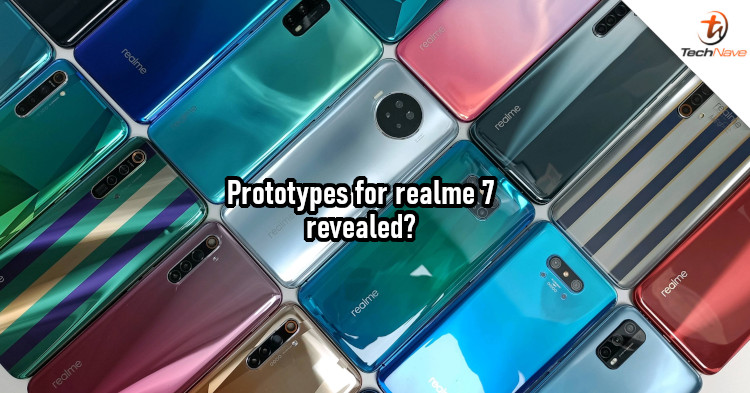 Smartphone manufacturers have to test a lot of prototypes before deciding on a design. This isn't something we normally get to see, but realme decided to share an image that showed some of the prototypes the company has worked on. It seems that the prototype for the realme 7 was included too.

According to realme India CEO Madhav Sheth, the company undergoes an extensive prototype screening process before making a choice. From his words, it seems that an important factor is whether it will be a design that will stand out for youths. He finished with a question of what realme fans expect the 'Faster7' to look like, which hints that these could be prototypes for the realme 7.

We constantly evolve our design strategy at #realme for the youth. Our smartphones undergo an extensive screening process before the talented #realmeDesignStudio picks the most unique one that instantly stands out. What do you expect the Faster7 to look like? #BuildingTheFaster7 pic.twitter.com/97IY9JGbZA

The main differences between the prototypes seem to be colour and camera module, which may be key areas of focus for realme this time. You'll also note that most of them contain a quad-rear camera setup, so realme is probably aiming for the realme 7 to have four cameras at the back. Besides that, it was previously rumoured that the phone will have a 6000mAh battery.

Of course, some of these prototypes could be for already released models. But if these are for the realme 7, which one do you prefer? Let us know in the comments on our Facebook page and stay tuned to TechNave.com for further updates on the realme 7.