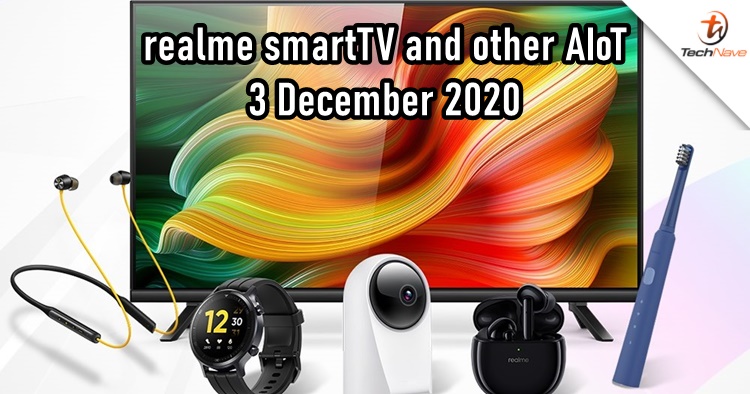 Last night, realme Malaysia hinted that a new smart TV is coming soon to Malaysia and true enough - it will be launching on 3 December 2020. It's not just the smart TV either, but other realme accessories such as a new pair of realme Buds Air Pro, Buds Wireless Pro, realme Watch S, Smart Camera 360° and the realme N1 Sonic Electric Toothbrush.

The new realme smart TV is most likely to be the one that was unveiled back in May. There are two size variants for it - a 32-inch and 43-inch which uses a different resolution of 1366x768 pixels and 1920x1080 pixels respectively. Both of them run on Android TV 9 Pie with access to Google Play Store for Android TV and also come pre-installed with Netflix, Amazon Prime Video, and YouTube.