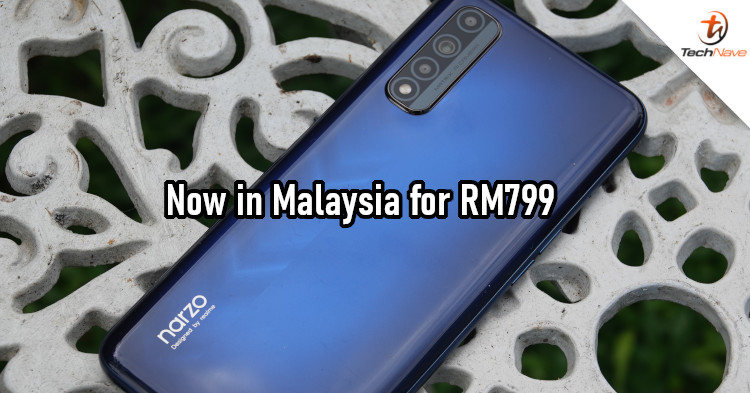 Last week, it was revealed that realme would be launching the Narzo 30 in Malaysia soon. The phone even appeared in an unboxing video last week, so most of its details are already revealed. But now the phone has finally made its way to Malaysia and the price is sweet.

As announced on realme Malaysia's Facebook page, the realme Narzo 30 has officially been launched today for RM799. It goes on sale officially on 20 May 2021, when you can get it for RM699 for a limited time. As a reminder, this smartphone comes with the MediaTek Helio G95 chipset, 6GB of RAM, and 128GB of internal storage. 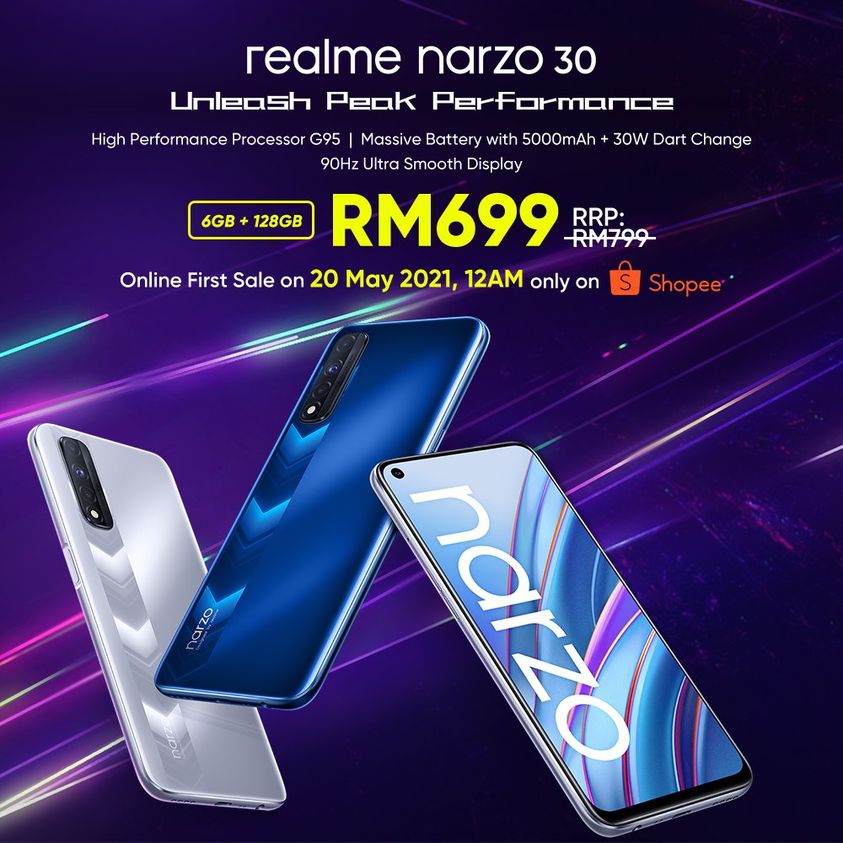 Besides that, the phone will have a relatively large 5000mAh battery and 30W fast-charging. It also comes with a 48MP triple-camera setup at the back, plus a single punch-hole camera in front. As for the display, it's pretty good too as it is 6.5-inch in size and comes with a 90Hz refresh rate.

If you'd like to know more about the Narzo 30, you can check out the official product page. But with that said, would you be interested in getting this phone? Let us know in the comments, and stay tuned to TechNave for more news like this.