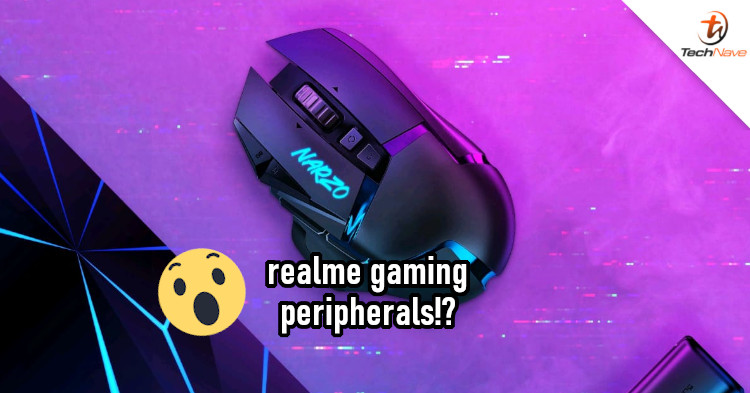 If there's one thing you can say of realme, it's that the brand has no lack of options. The company's Narzo 30 Pro was spotted on TENAA recently, a strong indication that the phone will be launching soon. Unsurprisingly, it might not be launching alone.

According to Ishan Agarwal, realme plans to launch gaming accessories along with its Narzo 30 series. In the image he posted, you can see what seems to be a mousepad and wireless gaming mouse here. If you ask me, it bears a resemblance to the Logitech G502 that I've used before. Anyway, there's also an unidentified device here that could be a USB sound card. We're not sure though, so don't quote us on that.

Exclusive: realme will also be launching gaming accessories along with narzo 30 series. These look cool...

The gaming mouse and the pad also indicates at an imminent launch of a gaming laptop? #realme is yet to announce the launch dates of the narzo 30 series. What do you think? pic.twitter.com/0XBQpITfq2

Now while a wireless gaming mouse could be used with smartphones, a USB sound card is more often used with a PC. This would suggest that realme is looking to launch a gaming laptop. In fact, the item on the left of the leaked image could be the laptop in question, instead of a mousepad.

It's certainly interesting if realme is indeed looking to expand into the PC space. However, could they bring anything new to the table? Share your thoughts on this in the comments below and stay tuned to TechNave for more news like this.