realme Race and Xiaomi Mi 11 will be launching next year with Snapdragon 888 chipset! 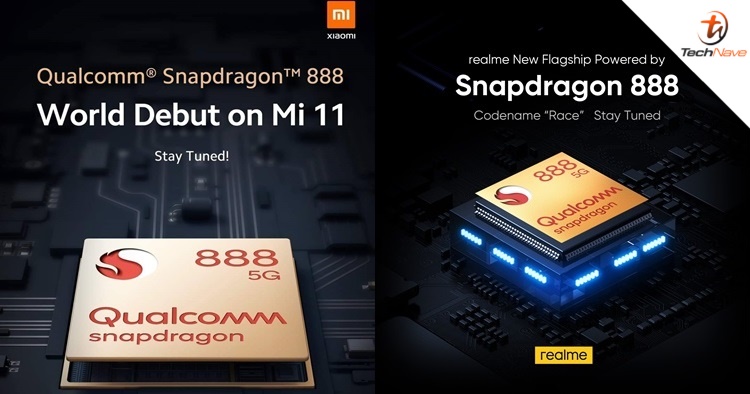 After the announcement of the new Qualcomm Snapdragon 888 chipset yesterday at the Tech Summit Digital 2020, a few smartphone manufacturers such as Xiaomi and realme have announced that their new smartphone development will be powered by the new processor on their respective official social media accounts.

According to the official realme UK Twitter account, realme will be developing a new smartphone with the codename Race and it will be the first flagship from realme to be equipped with the Snapdragon 888 chipset. Based on the leaks, the phone will be coupled with 12GB of RAM and 256GB of storage running realme UI 2.0 based on Android 11. It is shown to have four rear cameras inside a round camera housing on the rear with an LED flash on the right.

realme Race will be one of the first flagships powered by the just-announced Qualcomm #Snapdragon888 5G Mobile Platform. The #realmeRace is officially on! pic.twitter.com/3dXzlq70gP 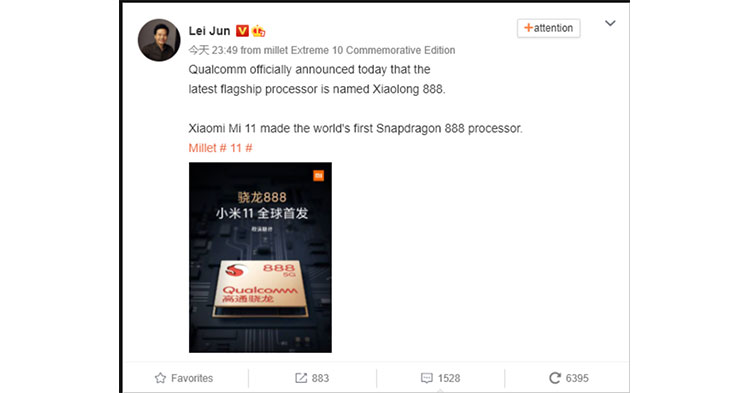 As for Xiaomi, a Weibo post was posted by the company’s CEO Lei Jun stated that the coming Mi 11 will be their first model to launch with a Snapdragon 888 chipset. The 5nm Snapdragon 888 chipset comes with the new 6th-gen AI Engine that brings a leap in AI performance as well as it teamed up with the 3rd generation Qualcomm Snapdragon X60 5G modem that enables global compatibility offering mmWave and sub-6 across all major bands worldwide.

Besides realme and Xiaomi, the other brands such as Black Shark, Nubia, RedMagic, OPPO Find X series, LG, Vivo, and OnePlus are also expected to be launching their new smartphones with the Snapdragon chipset next year. So stay tuned for more tech news updates on TechNave.com.