realme Watch S will be arriving soon, some features unveiled 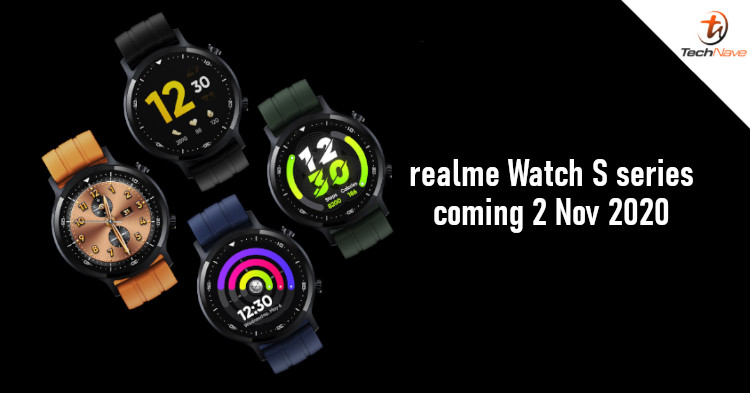 Smartwatches may not quite be as mainstream as smartphones, but that hasn't stopped brands like realme from joining the smartwatch game this year. First, there's the realme Watch launched back in June and the Watch S Pro that was hinted a few days ago. Now there's also a realme Watch S on the way.

The Twitter account for realme Pakistan was the one that broke the news, confirming that the realme Watch S would be launching on 2 November 2020. It wasn't mentioned whether it's a launch in Pakistan only, but we believe that it's going to be a global launch. Considering that there's a rumour of the realme Watch S Pro, we can probably expect that to be launched as well.

Your world now on your wrist with #realmeWatchS. Get Fit with 16 Sports mode, 1.3" auto-brightness adjustment display and multiple health monitors. #LeaptoNextGen on 2nd November by watching the Live event on FB and YT. #realme #DareToLeap pic.twitter.com/Ij6vCatDhU

A few specs for the smartwatch was also revealed in the tweet. It's confirmed that the device will have a 1.3-inch touchscreen with automatic adjustment for brightness, a sensor to detect heart rate and blood oxygen, as well as a battery life of 15 days. You can also see two buttons on the circular watch body and a leather strap in four different colours.

It seems like realme is going for a more sporty look here, so it'll be good to see more colours for the strap. With that said, what do you think about this watch so far? Let us know on our Facebook page and stay tuned to TechNave.com for more news like this.