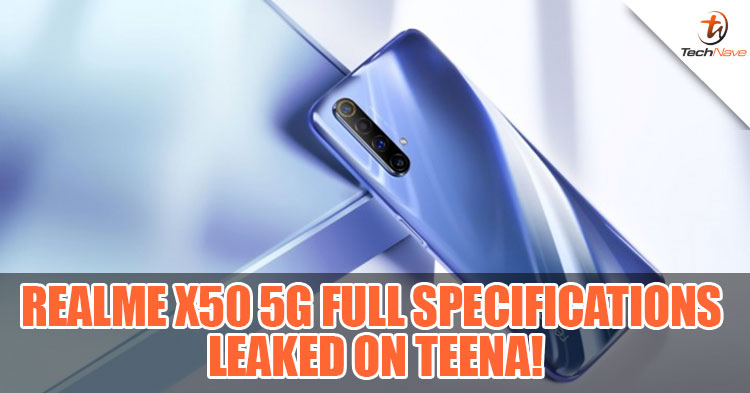 The realme X50 5G has been a hit of the town since December last year with all the leaks on the camera design, the battery capacity, the cooling system and other tech specs. Today, just a day before the official announcement, TEENA listing has updated the complete specs sheet of the device.

According to TENAA, the realme X50 5G will eqquip with the Snapdragon 765G that comes with few variants starting from 6GB up to 12GB of RAM and up to 256GB of storage capacity with no expandable microSD memory slot. Also, it will be packed with a 4,100mAh battery capacity which is supported by the enhanced VOOC 4.0 fast charge technology. 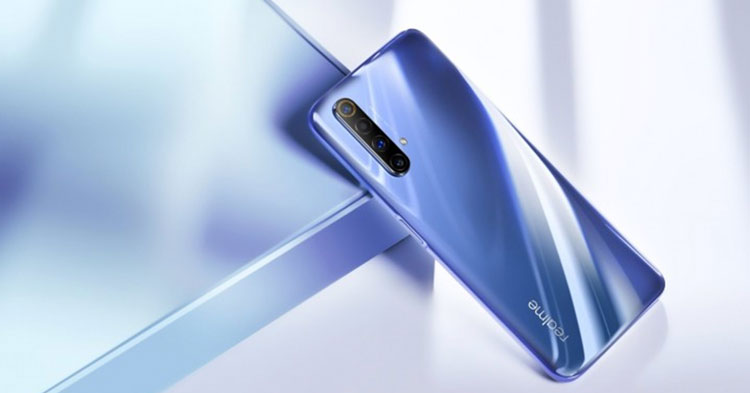 In terms of camera, the realme X50 5G sports a quad-camera setup on the rear and a dual punch-hole selfie camera on the front which was revealed by the company’s CEO earlier last week. The rear camera comes with a 64MP main camera, 8MP ultrawide angle lens, 12MP telephoto lens that supports up to 5X hybrid zoom and also a 2MP macro lens. As on the front, it will be a combination of 16MP and 8MP selfie cameras. 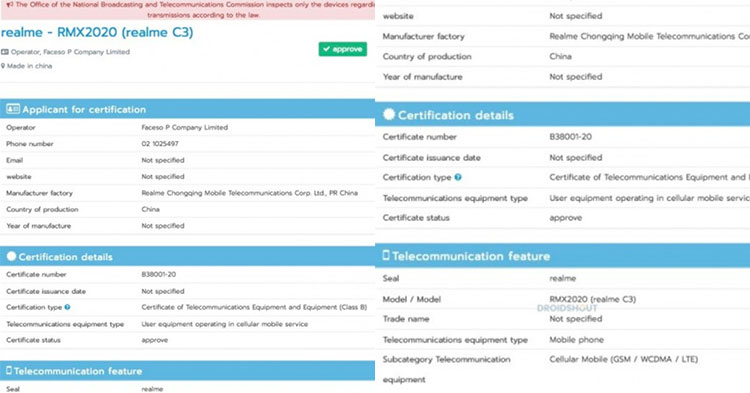 According to TEENA, the realme X50 5G will come with a 6.57-inch FHD+ TFT display with an 8.9mm body thickness and 202 grams of weight. It will be booted with an Android 10 and come in four colors variants such as Blue, Purple, Black, and Gold. Besides, realme may also introduce a new device named realme C3 which appeared on Thailand’s NBTC certification.

Either way, the official announcement of the realme X50 5G will be on 7 January so do take the tech specs with a pinch of salt. But will be you excited to grab one home when it arrives in Malaysia? Do let us know at our Facebook page and stay tuned for more news updates on TechNave.com!