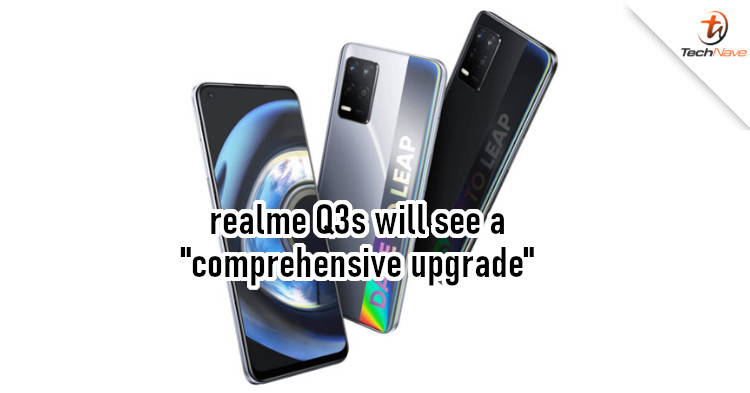 When it comes to the brand with the most variety of smartphones, realme is probably the name most people think of. Besides the flagship realme GT series, there's also the Narzo series and mainline numbered series. But the one we haven't heard much of is the Q-series.

Interestingly enough, realme has plans to launch a new realme Q-series phone in October 2021. According to realme's Global VP Derek Wang (on Weibo), the new device has been named the realme Q3s and it will come with the Snapdragon 778G chipset. He also claimed that the device has gotten a "comprehensive upgrade" over the realme Q3 5G. 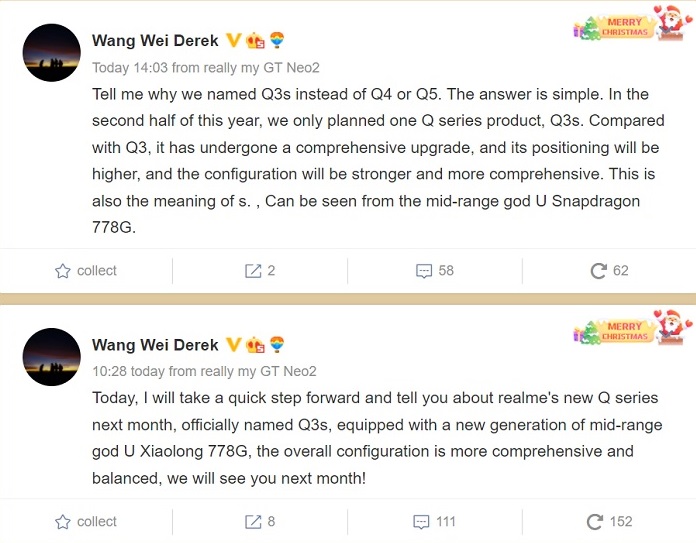 In other words, this could be even better than the realme Q3 Pro. With that in mind, the realme Q3s should at least have 8GB of RAM and 128GB of storage (if not more). In my opinion, the area that will see an upgrade would be the rear or front camera. It could also come with a larger battery or screen.

Of course, the words "comprehensive upgrade" is pretty vague, as it suggests that the device will get an overall upgrade. But for now, all we can do is speculate. What do you think realme would upgrade? Let us know in the comments, and stay tuned to TechNave for more updates about this.