realme set to unveil the C15 with 6000mAh battery next week Just a few weeks ago, realme was teasing a new smartphone (again) and it would be sporting a massive 6000mAh battery. Knowing the trend of entry-level devices featuring big batteries, we were guessing that realme could release another one and it turns out to be the realme C15.

From the official teaser image, the realme C15 does indeed feature a 6000mAh battery and supports 18W charging only. We can also see a quad rear camera module in a box-shaped manner, alongside a traditional rear fingerprint sensor and a dew-drop notch for the front camera. It looks like there will be two colour options too which are blue and silver. 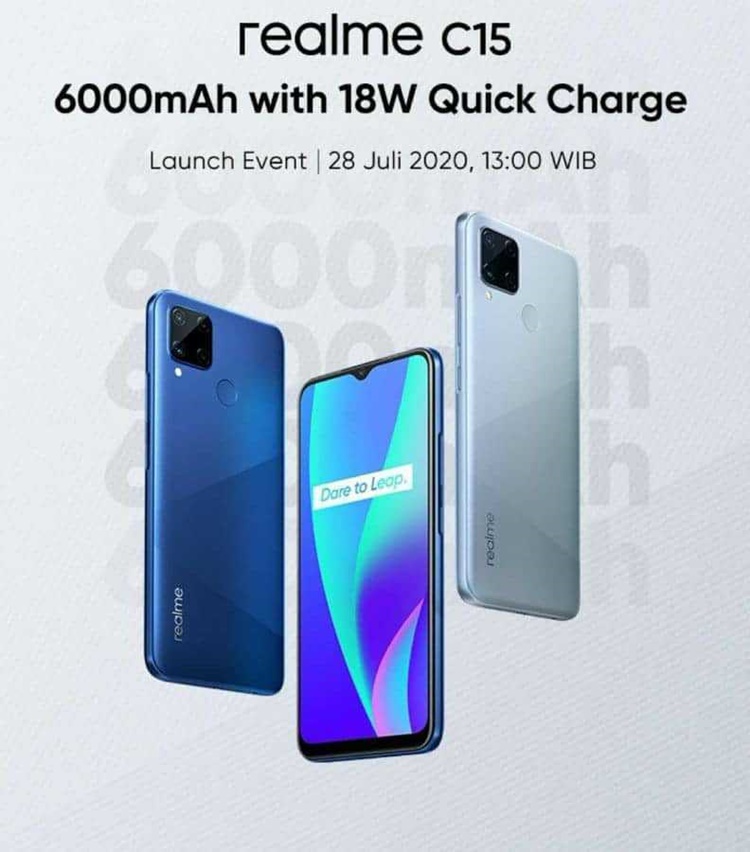 As for the rest of the tech specs, rumours have it that the device could use 3GB of RAM and 32GB storage, while the display might be 6-inches long. Since it's supporting 18W charging, there's a good chance that a USB port is hanging out at the bottom. Also, the C15 will launch in Indonesia first on 28 July 2020.

We don't think the realme C15 will make its way to the Malaysia market that soon since the C11 was recently released in June. But hey, anything can happen and knowing realme Malaysia, they sure love to launch their phones in a short period. Stay tuned for more trending tech news at TechNave.com.