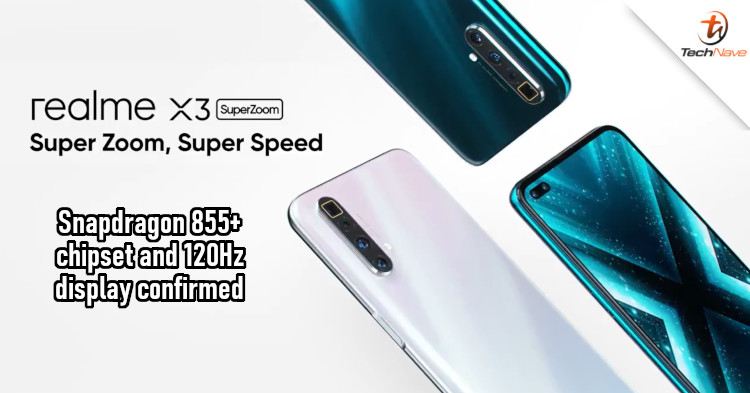 Most of the time, smartphones are launch in other countries first before they arrive in Malaysia. But for the realme X3 SuperZoom, we're going to be lucky enough to get it on 28 May 2020, just a few days after it's expected to launch in Europe. In the run-up to the launch this coming week, realme has shared a few more teasers on what we can expect from the phone.

According to realme Europe's Twitter account, the realme X3 SuperZoom is confirmed to have a Snapdragon 855+ chipset. realme uploaded the AnTuTu benchmark result for the device and it's about what you'd normally see with this particular chipset. Another major spec that was officially confirmed is the up to 120Hz refresh rate display. From the looks of it, this phone is going to have a lot of emphasis on flagship performance. 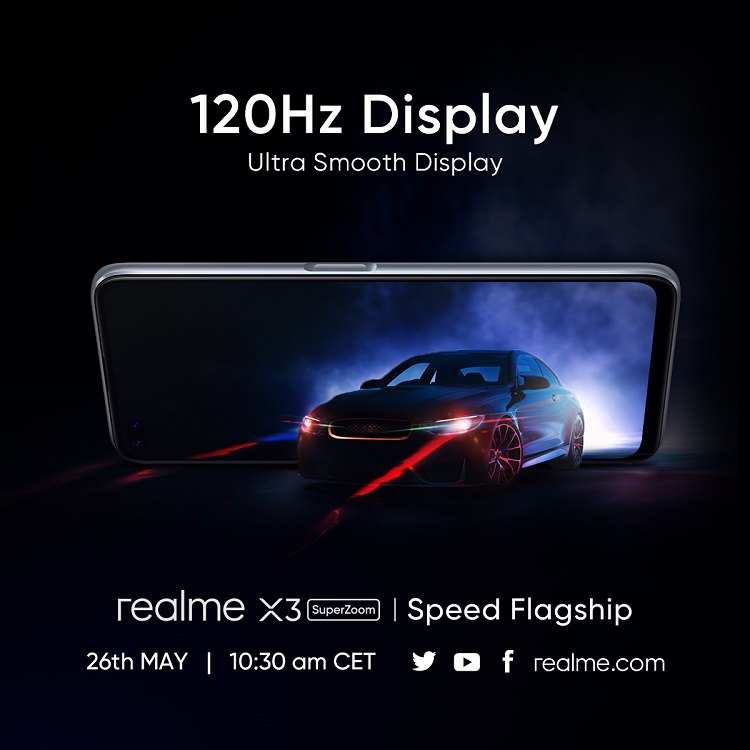 Previously, it was rumoured that the phone will also have a 60x digital zoom. We now know that this is true and that the phone's periscope camera is a 64MP sensor. Other than that, the realme X3 SuperZoom is also expected to have up to 12GB of RAM, 4200mAh battery, 30W fast-charging, and Bluetooth 5.1 support.

With the launch of the phone coming soon, expect to see even more teasers and leaks in the next few days. The fact that it's using a chipset from last year could also mean that it will be cheaper than flagship phones launched this year. But with that said, what are your thoughts on this phone so far? Let us know on our Facebook page and stay tuned to TechNave.com for more news.