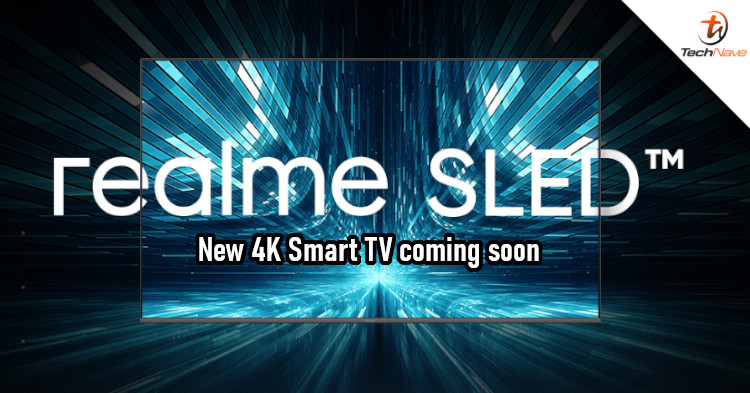 When it comes to TV technology, LCDs have been around for a long time before OLED became a thing. These days, there are a lot of alternate forms of LED tech, such as Samsung's QLED. Well, it seems realme has been investing in its alternative and has announced the world's first SLED 4K Smart TV yesterday.

In the official blog post, realme did not elaborate on what the term SLED stands for, but the term 'Super' was thrown around a few times so maybe it means Super-LED. Regardless, the company's first SLED TV is a 55-inch 4K Smart TV that delivers 108% of the NTSC colour gamut and has passed the TUV Rheinland low blue-light certification. The technology was jointly developed by realme and John Roymans, who is the Chief Scientist for Spectral Power Distribution Technology. 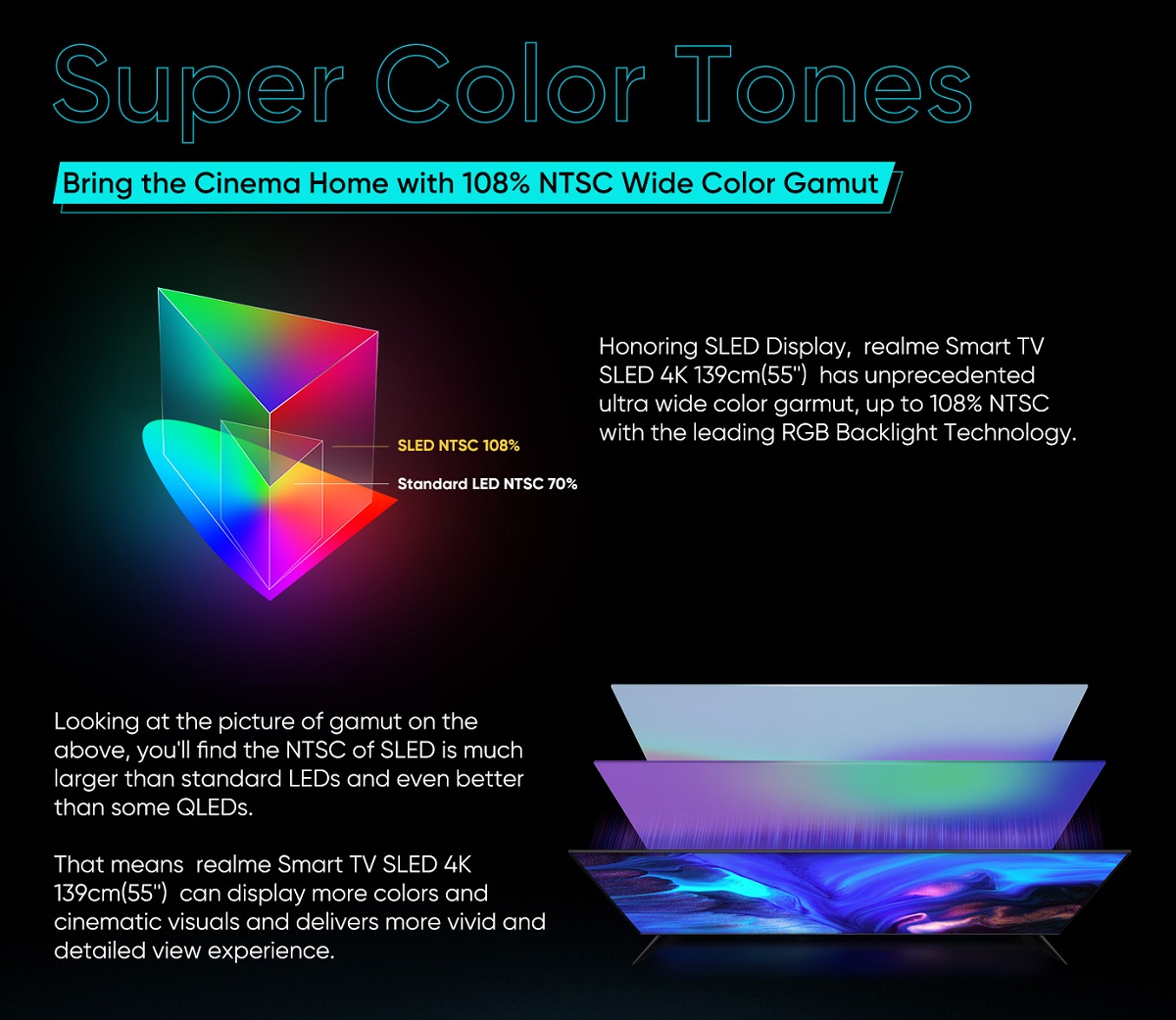 But how does SLED work? realme compared SLED to QLED in its example. For your information, QLED converts the light from blue LEDs into white light via Quantum dots. On the other hand, SLED uses red, green, and blue LEDs that are converted to white light instead. realme claims that this results in lower blue-light and the wider colour gamut.

realme has yet to announced the price and availability for this TV. But since the announcement appeared on the realme India website, the TV will likely launch there first. For now, we'll keep an eye out for updates so do stay tuned to TechNave.com for more news on this.