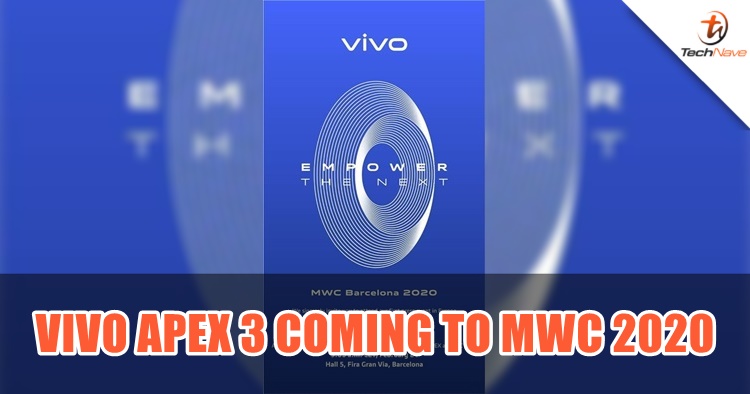 Although we are only halfway through January, vivo has begun stirring the pot on its next-gen APEX 3 concept smartphone. According to sources, the company has started sending invites to the media as they will host their first European press conference in Barcelona where the upcoming Mobile World Congress (MWC) 2020 will take place.

While there is not much information about APEX 3, their poster does seem to give us a hint about its camera. Sources suggest that an under-screen camera which has been in development since last year could make an appearance so that's exciting (if it's true). To recap, the under-screen camera is a new feature which a front camera is hiding beneath the display, eliminating the need for a notch design.

Aside from that, it's also said that vivo will be demonstrating a 120W ultra-fast flash charging technology. In another teaser poster, it claims that a 4000mAh battery can be fully charged within 13 minutes only which is most impressive. With that, the APEX 3 should be sporting those two features but do take it with a pinch of salt as it's still too early.

vivo's press conference in the MWC 2020 is happening from 23-24 February 2020. Until then, stay tuned for more vivo news at TechNave.com.