vivo S7's design leaked in the hands of Blackpink's Lisa The vivo S7 has been making splashes on the Internet with some of its rumoured tech specs being leaked. Today, it seems like the design of the upper mid-range device has been revealed as well. The vivo S7 was spotted in a picture with Blackpink's Lisa holding it.

According to the famous tipster Digital Chat Station from Weibo, the vivo S7 is going to have a dual punch-hole camera with 44MP + 8MP sensors on the front. With the slogan “thin and light selfie flagship”, the device is expected to arrive with some advancement in the field of selfies. Other than that, you can also see from the picture that it's going to sport a gradient coloured back which is the trend for current smartphones. 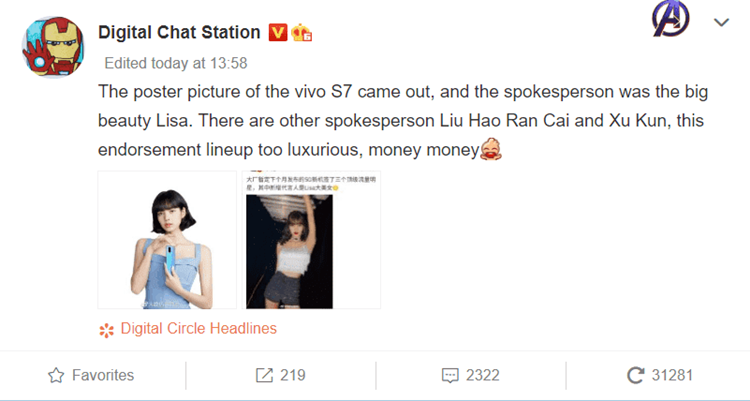 Let us know what you think about the design of the vivo S7 on our Facebook page. Stay tuned to TechNave.com for more latest smartphone updates.